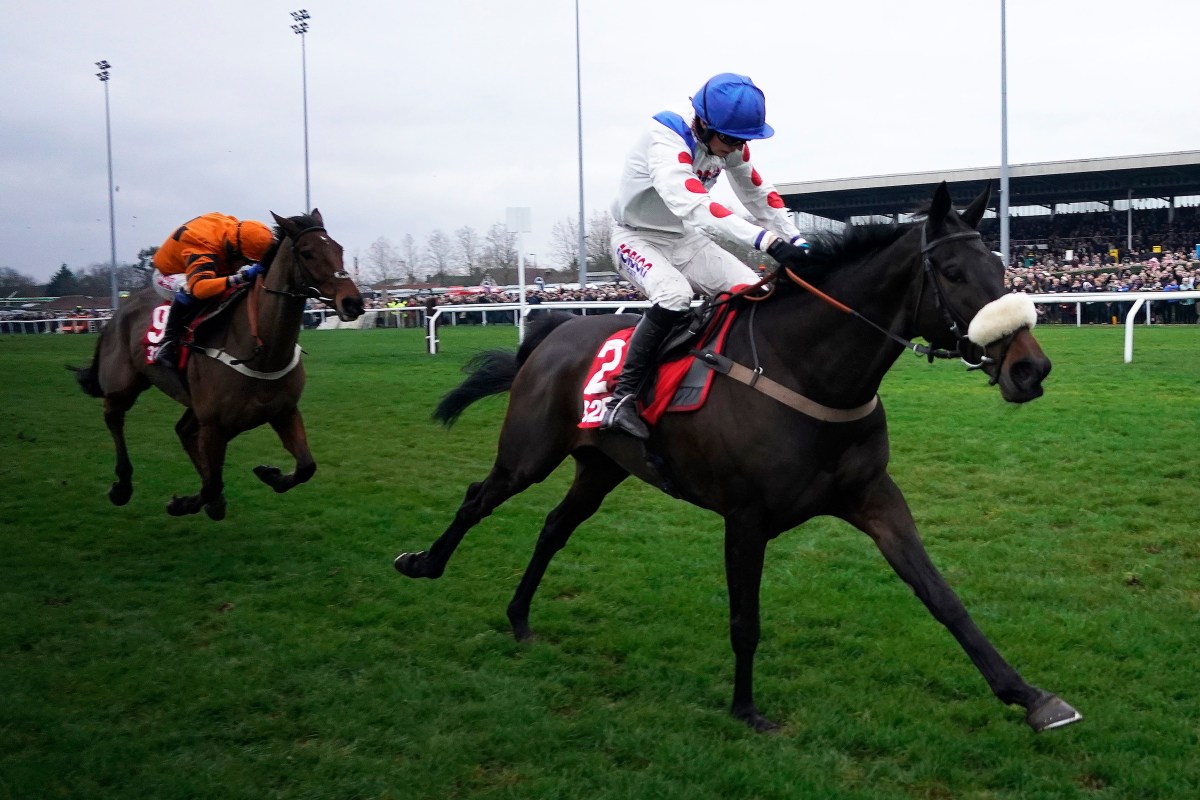 THIS year’s King George could well be one of the great races of modern times.

With Cyrname, Lostintranslation, Clan Des Obeaux and Altior all on track for the big Grade 1, which contender boasts the best form chance?

Paul Nicholls’ superstar bulldozed his way to the top of the King George market with a brilliant win over Altior on Saturday, and his claims are crystal clear.

He jumps well, has a mightily impressive cruising speed and is officially the highest rated chaser in the country.

Kempton is a right-handed track so there’ll be no problems on that front and he’s won there over fences before.

The one question mark is the 3m trip, but he stays 2m5f well enough and looked better the further he went at Ascot.

The second of Team Ditcheat’s runners has been there and done it, winning last year’s contest very impressively.

Harry Cobden crept into the race from off the pace and the track clearly suited him down to the ground.

His return at Down Royal was fine if unimpressive, but he won’t have been fully tuned up for that.

This is his big target and you can be sure Cobden will have a tough task choosing between the Nicholls duo.

However, it was a slightly weaker renewal last year and he’ll need to produce the biggest run of his life. 6/10

Lostintranslation was an impressive winner of the Betfair ChaseCredit: PA:Press Association

Colin Tizzard’s scoopy chaser took the scalp of Bristol De Mai in Saturday’s Betfair Chase, a feat no other horse has ever achieved.

The pair finished a mile clear of the 169-rated Frodon and he clearly has oodles of class oozing from every pore.

Kempton is a very different test to Haydock but there’s nothing to suggest he won’t like it – he jumps brilliantly, has a high cruising speed and won a Grade 1 at Aintree last season (a similar track to Kempton).

There’s no knowing how far he can go in this sphere, and it will be fascinating to see how he gets on in the toughest company he’s faced so far.

Altior had no answers to Cyrname at Ascot on SaturdayCredit: Getty Images – Getty

The jury’s out on whether Nicky Henderson’s star chaser will stay 3m, but the general consensus is that the 2m5f trip didn’t beat him at Ascot.

Cyrname is just a better horse under those conditions, and with conditions set to be similar on Boxing Day, he’d need to show plenty more to be considered a winning contender.

That said, Nicky Henderson has revealed his stable star wasn’t 100 per cent fit and it will be very interesting to see what he can do with that reappearance run under his belt.

Of the four main contenders he has the most to prove – but there’s no denying his raw ability.

Needs more but loves Kempton and is worth another go. 7/10