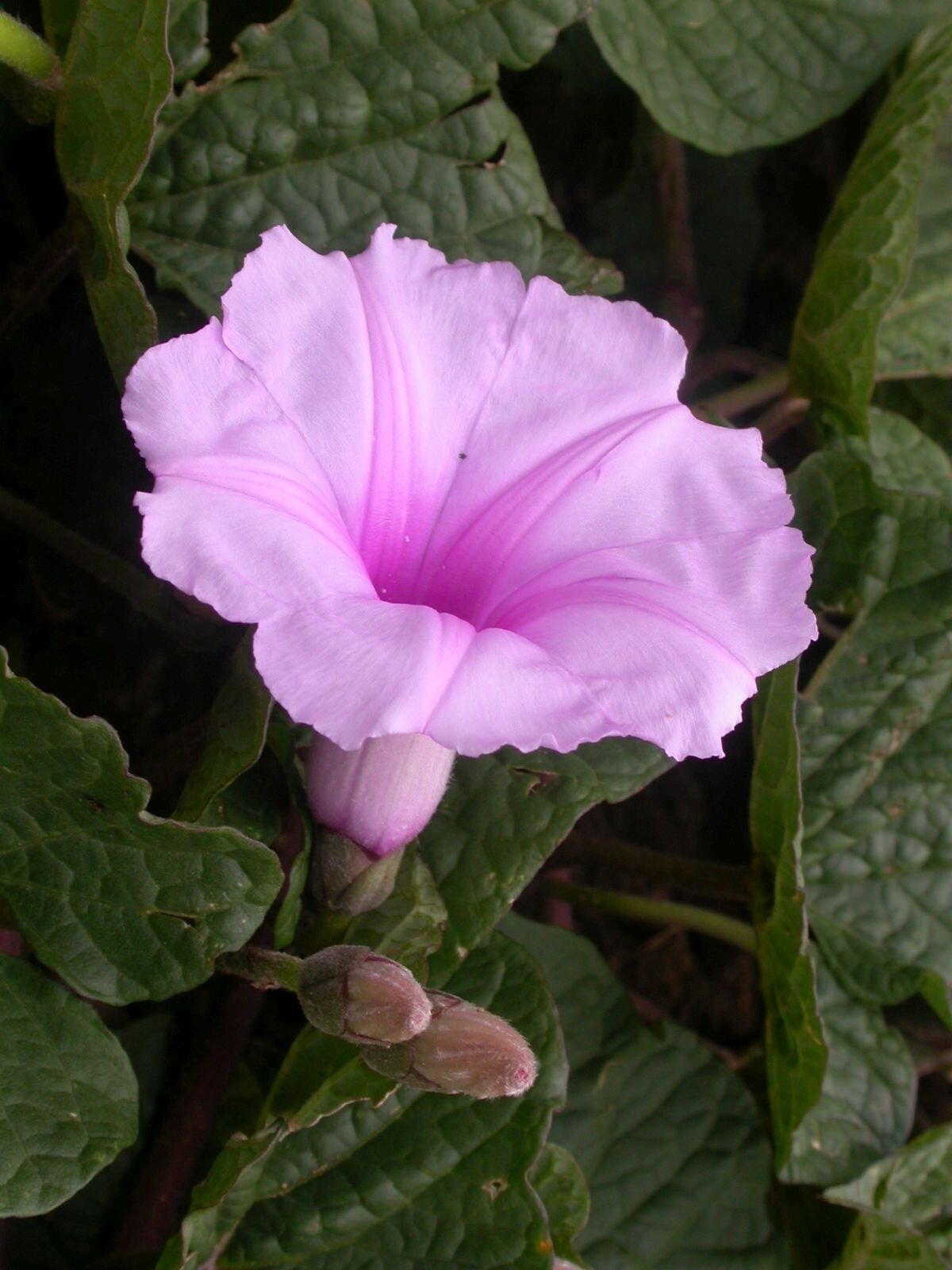 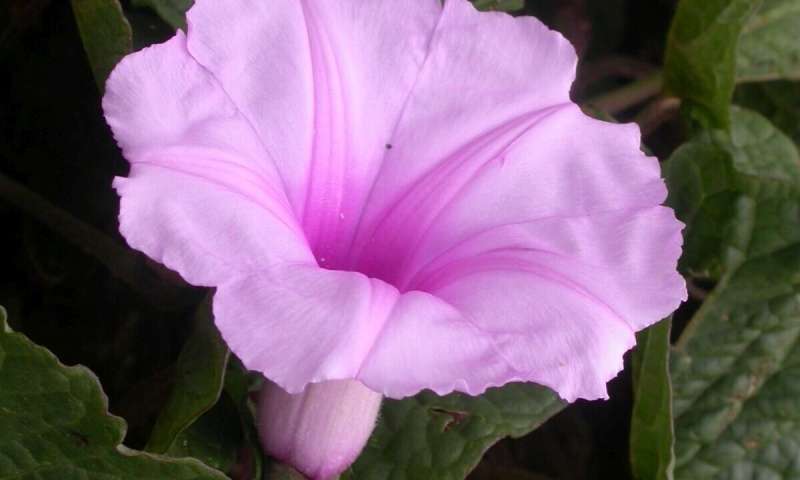 Valley creeper 3 from Bolivia 1 of 850 species of morning glory distributed throughout the tropics. Credit: JRI Wood

This indicates that the storage root was an already-existing trait that predisposed the plant for cultivation and not solely the result of human domestication, as previously thought. This discovery, published today in Nature Plants, is part of a comprehensive monographic study of the morning glories, the biggest study of this group of plants to date, which also contributes important insights to the taxonomy and evolution of this megadiverse group of plants.

Dr. Pablo Muñoz, from Oxford’s Department of Plant Sciences, whose Ph.D. thesis formed a significant part of the paper, said: ‘Most other studies trying to understand the evolution of the sweet potato assumed that its storage root is a product of domestication by humans whereas this study demonstrates that storage roots evolved many times independently in different species including sweet potato before humans.’

Researchers at the University of Oxford’s Department of Plant Sciences have led the first comprehensive monographic study of the morning glories at a global scale. It is a long-term collaboration with colleagues at the International Potato Center, in Peru, Oregon State and Duke Universities in the US and the Royal Botanic Garden Edinburgh. Their results include the description of 63 new species (almost 10% of the species known in the whole genus) and the identification of a large number of synonyms—entities described in different places under different names that are, in reality, the same species.

The research uses herbarium specimens—dried plants preserved in botanical gardens, museums and other institutions—for both morphological comparative studies and molecular analyses. Herbarium specimens constitute an unparalleled resource with which to address the study of inadequately known groups of plants and is the only feasible way to study megadiverse tropical groups across their entire distribution.

This document is subject to copyright. Apart from any fair dealing for the purpose of private study or research, no
part may be reproduced without the written permission. The content is provided for information purposes only.