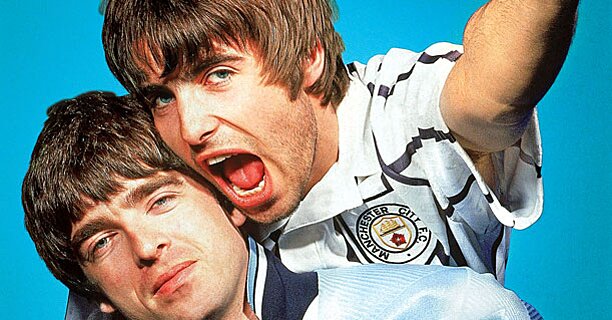 One of the best albums of 2014 was recorded in 1995 — and it’s tucked inside a deluxe reissue of Oasis’ (What’s the Story) Morning Glory?, the sophomore outing that cemented brothers Noel and Liam Gallagher as international superstars. As well as Morning Glory holds up, it’s the 14 B sides guitarist and main songwriter Noel threw away nearly two decades ago that make up the fantastically gooey center of a new three-disc package.

Though the elder Gallagher sibling’s gifts of melody and songcraft — so vibrant on songs like ”Champagne Supernova” and ”Don’t Look Back in Anger” — eluded him on later releases, he has total control of them here. ”Talk Tonight” is a blissfully simple ballad, buoyed only by acoustic guitar and a few spare handclaps, while ”The Masterplan” is a rich, cinematic epic that earns every last string and horn flourish. And there’s more to savor: the trippy ”Underneath the Sky,” the finger-snapping shuffle ”It’s Better People,” the metal-lite ”Headshrinker.”

Even at their best, Oasis were always derivative of the things they loved; aside from the requisite Beatles biting, the bonus tracks include ”Step Out,” a not-at-all-subtle lift of Stevie Wonder’s ”Uptight (Everybody’s Alright).” But as Oscar Wilde once noted, talent borrows, genius steals. Here they manage to transform their influences into definitive Britpop statements, even when just tossing off leftovers. Hubris would eventually help end the band, but these largely unheard gems remind us how brilliant the famously cocksure brothers really could be — not that they ever doubted it. A

About Us | Morning Glory