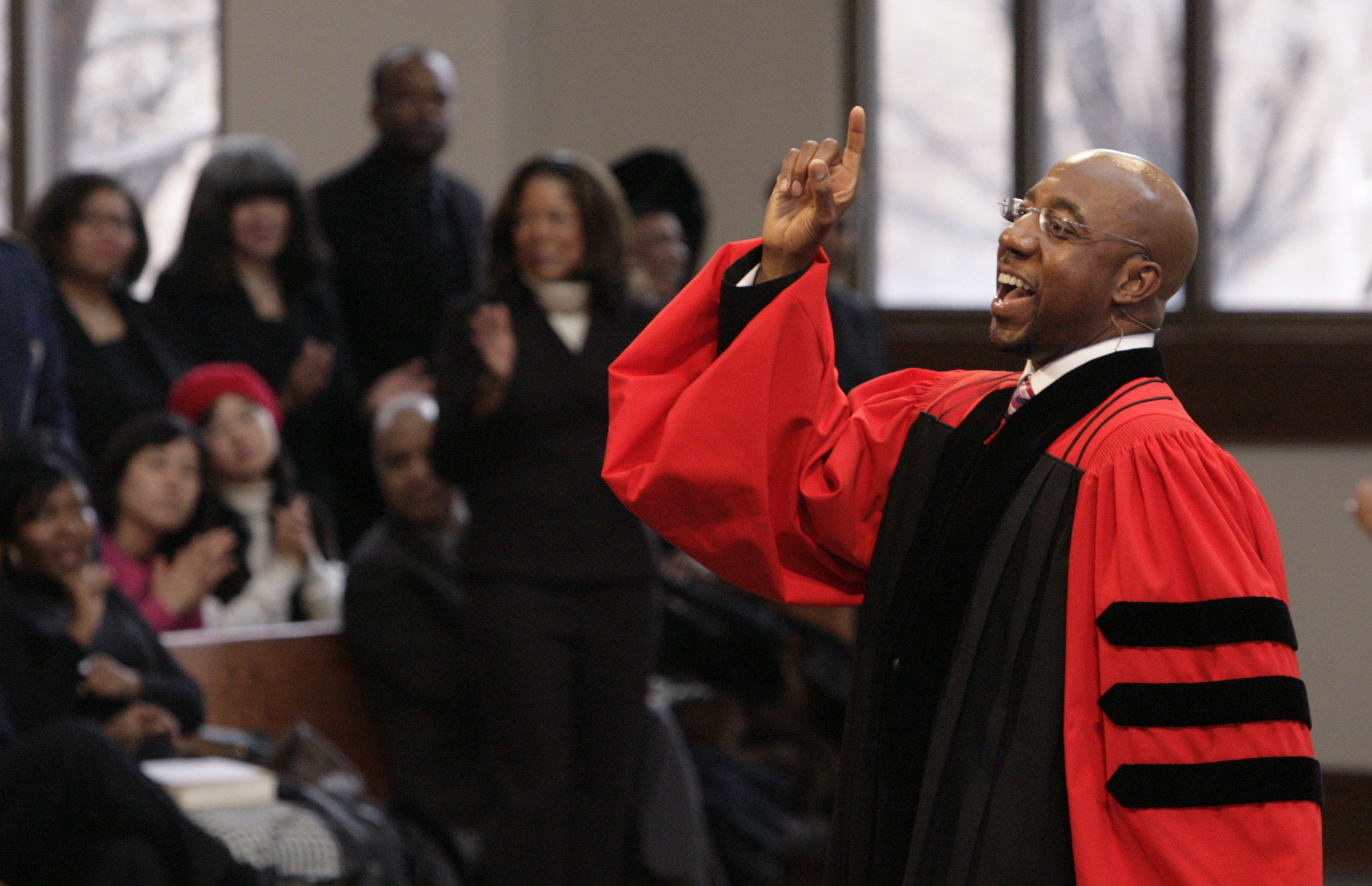 In his first sermon since being declared a winner in Georgia’s U.S. Senate runoff election, the Rev. Raphael Warnock on Sunday addressed last week’s deadly Capitol Hill riot that all but overshadowed his historic victory.

“Just as we were trying to put on our celebration shoes, the ugly side of our story, our great and grand American story, began to emerge,” Warnock said in a 30-minute message broadcast from Atlanta’s Ebenezer Baptist Church, where the Rev. Martin Luther King Jr. once preached.

A Capitol Police officer died after he was hit in the head with a fire extinguisher as rioters descended on the building and many other officers were injured. A woman from California was shot to death by Capitol Police and three other people died after medical emergencies during the chaos.

“We saw the crude, the angry, the disrespectful, and the violent break their way into the people’s house — some carrying Confederate flags, signs and symbols of an old world order passing away,” Warnock said.

When white supremacism is challenged, “sometimes it responds violently and desperately,” he said.

Before last Tuesday’s election, Georgia had never elected a Black American to represent the state in the Senate, even though close to one-third of its residents are Black. Once sworn in, Warnock will become only the 11th Black senator seated in history.

“There is fantastic opportunity and fierce oppos ition. And it reminds us that there is still a whole lot of work to do,” said the 51-year-old pastor.

Sunday’s sermon showed Warnock falling back on a prophetic tradition of the Black American church in which preachers weave Scripture with criticisms of racism, militarism and poverty.

“The violent are trying to take the kingdom by force,” Warnock said, preaching from Scriptures that allude to tensions between people who, by God’s purpose, gain equality and people who oppose that equality.

“The question this day is, will you stand on the side of righteousness, justice and truth, or will you give in to the ugly demons of our nature?” Warnock said.

He also criticized the law enforcement response to the Capitol siege, as well as an apparent racial double standard in the response by police last summer to Black Lives Matter protesters.

The insurrectionists “were not protesters, they were rioters,” Warnock said. “They were handled with kid gloves.”

In a call for unity, he said, “It doesn’t matter if you’re a Democrat or Republican. If you look with an honest eye at the history of this country and see this moment, you must know that this is a glimpse of God’s vision, of a more inclusive humanity that embraces all of God’s children.”

Warnock added: “I just want to be a prism of God’s glory, so that God’s glory might shine through me.”

Morrison reported from New York City. He is a member of the AP’s Race and Ethnicity team. Follow him on Twitter: https://www.twitter.com/aaronlmorrison.

“A History of Great Glory”: The Consequential, Evolving Role of Black Sororities in Suffrage Network