Tiger Roll will have to wait until 2021 to try and make history and join Red Rum as a three-time Grand National winner – but he could still be a virtual hero this weekend.

With the real thing cancelled amid the coronavirus pandemic that has seen all racing in Britain suspended until at least the end of April, the Virtual Grand National has captured the imagination, with all bookmaker profits to be donated to NHS charities.

To be screened in a special programme on ITV from 5pm on Saturday, the race promises to use the latest CGI technology and best information available to produce the most accurate outcome possible. 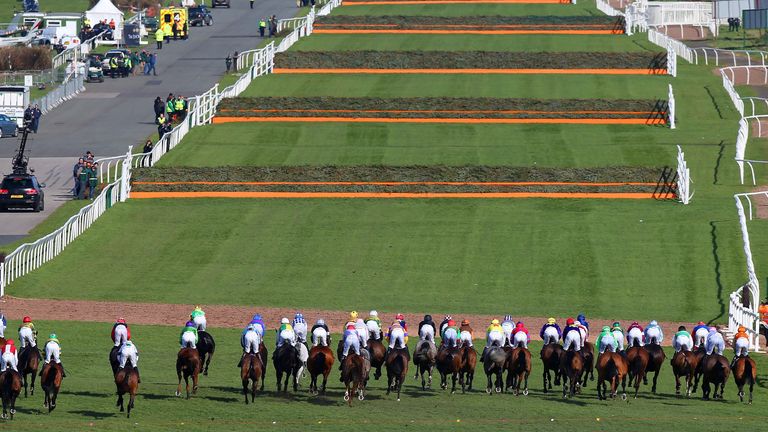 Image:
A CGI version of the famous race will be broadcast at 5.15pm on Saturday

Davy Russell would again have been the man in the saddle on Gordon Elliott’s superstar at Aintree.

He said: “It’s a great way of creating money for the NHS, it’s great they are distributing the profits that way and it’s pleasing to hear the NHS are going to benefit from it, so that’s brilliant.

“It’s tough times, there are a lot of people sitting at home and hopefully it will give them something to enjoy and watch.” 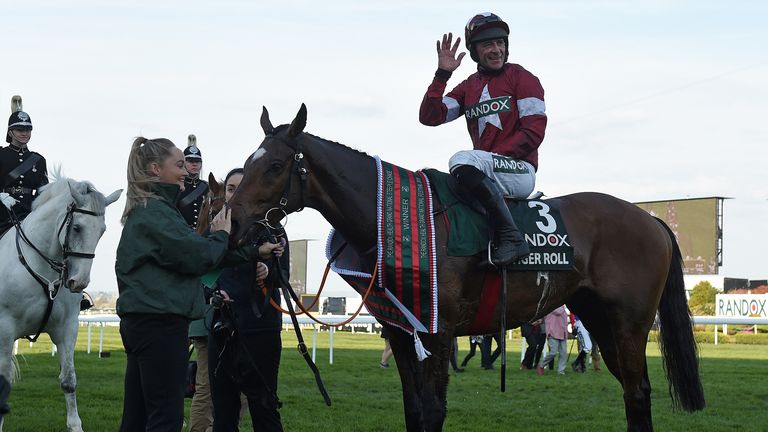 On how he had been looking forward to Tiger Roll’s history bid, Russell said: “He ran a blinder at Cheltenham, on ground that wouldn’t have suited. Easysland that beat him there is no bad horse, either.

“The way the weather is at the moment the ground would have been perfect for him.

“There would have been any amount of dangers – Walk In The Mill right down at the bottom (of the weights), dangers everywhere. With Tiger having to carry so much weight there was always going to be something look attractive in there.” 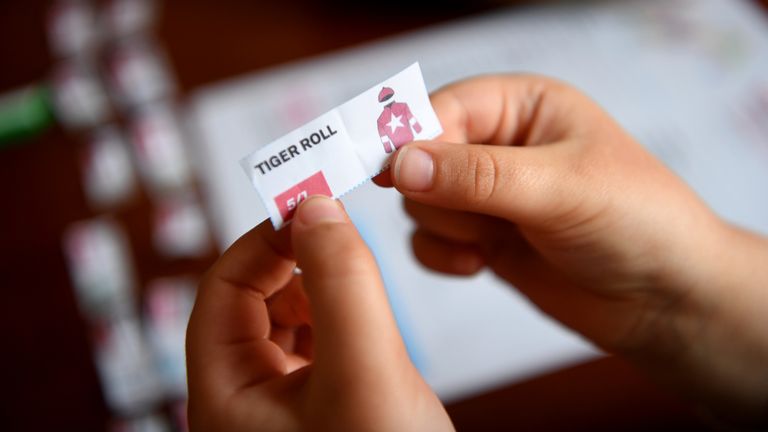 Image:
Sweepstakes are still being made across the country

One rider chasing a first National victory – even if it is a virtual one – is Richard Johnson. The multiple champion jockey partners Alpha Des Obeaux in the Tiger Roll colours.

He said: “In these times we are in it is hopefully a good bit of fun and if we can raise money for such a good cause as the NHS, it’s got to be good for everybody. It’s great to hear the bookmakers will give their winnings to charity.

“We’re all very thankful for the NHS and the work they are doing – there is no more deserving cause at the moment.

“It’s on at a great time, if people have had their walk or their stroll, hopefully it will get good support and I think we all understand at the moment the world is in a strange place and if we can have a bit of fun for half an hour, that will be great.

“You never know, it might be my chance to actually win the Grand National – I’ll definitely be cheering myself on!” 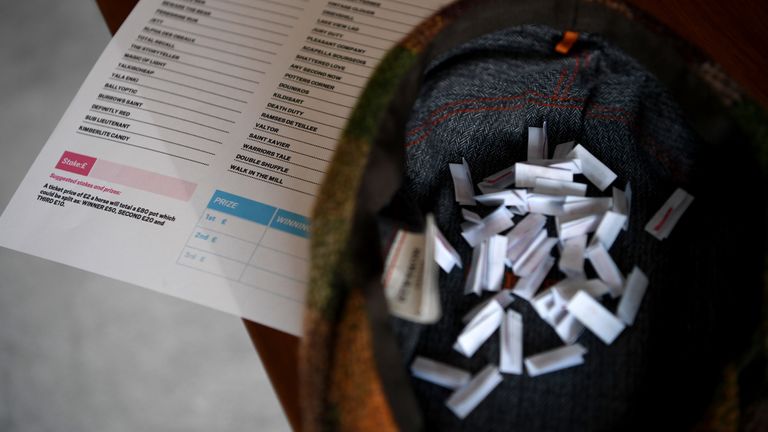 Image:
All profits made by bookmakers are to be donated to NHS charities

He added of Alpha Des Obeaux, who was third over the famous fences in the Becher Chase in December: “Native River was the horse I was looking forward to riding in the race, but when he got injured I thought I had a small chance of riding Alpha Des Obeaux if one of Gordon’s main jockeys wasn’t available.

“It’s very sad for all the connections who had a horse to go there, it’s a once-in-a-lifetime opportunity really and with these horses you don’t what is going to happen this time next year.

“Hopefully for all the people who have horses in the virtual race it will be some lighthearted fun at a tough time.” 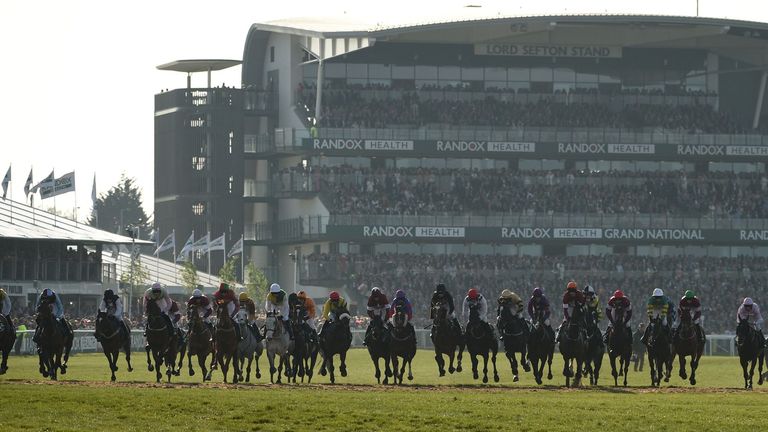 The Brian Ellison-trained Definitly Red at 14-1 has been among those horses proving popular with backers.

Nicola McGeady, of Ladbrokes, said: “With all profits going to the NHS, it is wonderful to see so many embrace the fun of the Virtual Grand National. Manchester United and Liverpool fans haven’t wasted any time in backing Definitly Red, but as expected Tiger Roll fans are also coming out in force to support their virtual hero.”

William Hill reported a similar theme, with Tiger Roll, Definitly Red and Beware The Bear ones for money – the latter being the firm’s worst result at 33-1.

Spokesman Rupert Adams said: “We could not be happier with the figures and with the vast majority of wagers expected tomorrow, we could be in for a very busy day.”

David Stevens for Coral said: “Having a flutter on the Grand National is an annual tradition for so many people, and while the loss of this year’s actual race is a blow, it’s great that people can still get involved this weekend, with the Virtual version replacing the real thing.

“Tiger Roll would have been a red-hot favourite to become the first horse ever to win three Nationals in a row, and the virtual Tiger is sure to be popular also, but best of all, whichever horse triumphs on Saturday, the real winners will be the brilliant NHS charities that any bookmaker profits will be going to.”

Wings of Glory – The History of Air Racing