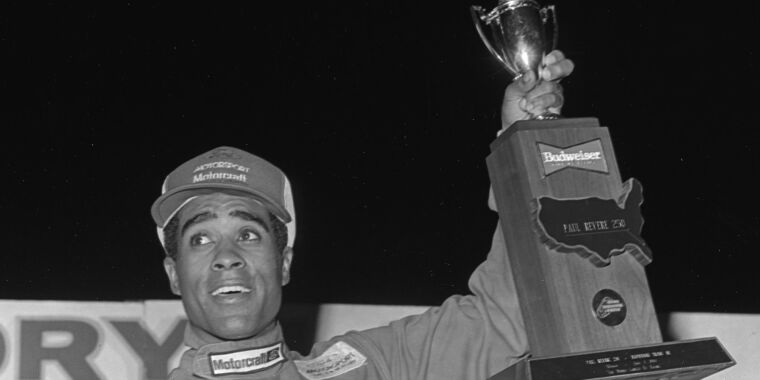 A complicated figure, Ribbs was a trailblazing black athlete in an all-too white sport.

Even in 2020, motor racing is a sport with all-too little diversity. Six-time world champion Lewis Hamilton is the only black F1 driver I’ve seen compete in the 25+ years I’ve been watching the sport. NASCAR’s Bubba Wallace similarly stands out in a field of more than 40 full-time Cup series racers. But before either of them turned a wheel in anger, Willy T. Ribbs was blazing a trail in the sport. His is a story that deserves to be more widely known, and if you have a couple of hours free you can do just that by watching Uppity: The Willy T. Ribbs Story, an engaging documentary that’s streaming on Netflix.

The product of a successful Californian plumbing family, Ribbs eschewed college after graduating high school in 1975, instead taking his tuition money to Europe to compete in the highly competitive Formula Ford series. His talent was obvious, and in 1977 he won the Dunlop/Autosport Star of Tomorrow award, along with six out of 11 races that year. But like so many other young racers, he lacked the funds to continue up the ladder.

Returning to the United States the following year, he set his sights on IndyCar but quickly found a much less-welcoming racing community than the one he left in Europe. Ribbs and even promotor Humpy Wheeler got death threats after trying to run him in NASCAR that year, and it took another three years before he was able to secure the backing to return to racing, competing in Formula Atlantic (the feeder series for IndyCar).

Again, his talent was obvious, standing out even in a field with names like Al Unser Jr. and Michael Andretti. By 1983 he was racing in the Trans-Am sports car series with sponsorship from Budweiser, at which point the wins started coming in. But it still wasn’t easy, and there was plenty of friction with his teammate, David Hobbs, who won that year’s championship following team orders instructing Ribbs to play second fiddle to the British veteran.

In 1986, F1 supremo Bernie Ecclestone gave Ribbs a test with the Brabham team, making Ribbs the first black driver to test a Formula 1 car, 21 years before Lewis Hamilton. That same year, Ribbs competed twice in NASCAR’s Cup series. And he made several Indy 500 starts in the 1990s, never with sufficient funding to run competitively or for a full season.

Throughout it all, he remained a complicated figure. He was highly outspoken, and his self-confidence and cocky nature alienated potential sponsors. Racing is a sport where you need resources to compete at the highest level; sheer talent has never been enough. And that’s a pity, because with the right breaks, Ribbs may well have had found glory at Indianapolis or Monaco.

Download spanish books online Someone Who Will Love You in All Your Damaged Glory: Stories