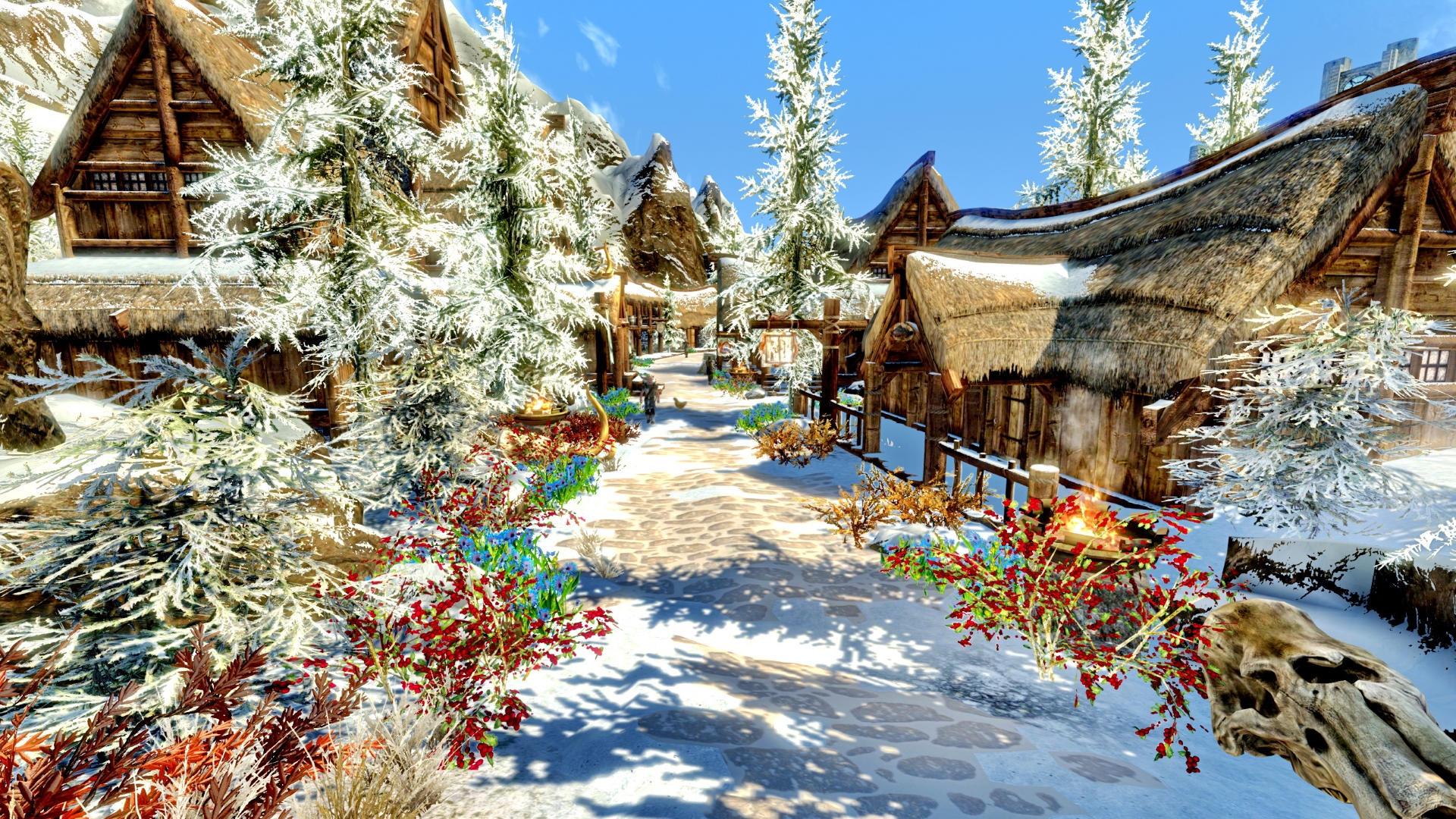 There’s a lot of destruction in Skyrim. From slaying fantastical beasts, blazing your way through the natural fauna, or slaying a bunch of bandits for daring to defy your arcane power, a lot of your time playing as the Dragonborn will be spent tearing down rather than building up. If you’re tired of the relentless ruin, you might want to check out the Waxing Winterhold

mod for some more uplifting world-building.

Modder GreyMtnFox’s latest entry rebuilds the ruined structures of Skyrim’s great northern city, Winterhold, restoring some life to the ramshackle place. The skeletal houses previously vacant and desolate are replaced with fully occupied, functional buildings, including a blacksmith and alchemist for all your metallurgical and dark-arts needs. One of the vacant lots has also been transformed into a player house, in case you feel like getting a little closer to the Winterhold landscape.

Elsewhere, an enigmatic mine lies on the outskirts of the city. Supposedly the source of Winterhold’s booming restoration, it is now left abandoned and the mod description hints that some terror might lie in wait for any intrepid adventurers who explore it.

Once a glorious city, Winterhold was partially destroyed during The Great Collapse, according to Elder Scrolls lore, when a series of storms quickly eroded the city’s northern coastline and washed many of its buildings into the sea. But you might already know Winterhold best for its magical neighbour, The College of Winterhold, and its pedagogical arcane studies.

This isn’t GreyMtnFox’s only attempt to brighten the world of Skyrim. Their recent Romantic Riverwood mod also brought some much-needed bliss to the desolate tundra, sprucing up the little hamlet of Riverwood with charming flowers and a friendly merchant.

If you’re keen to restore Winterhold to its former glory, head over to Nexus Mods for the download (as ever, mod with caution!) And take a gander through our list of the best Skyrim mods if you’re keen to make even more tweaks.