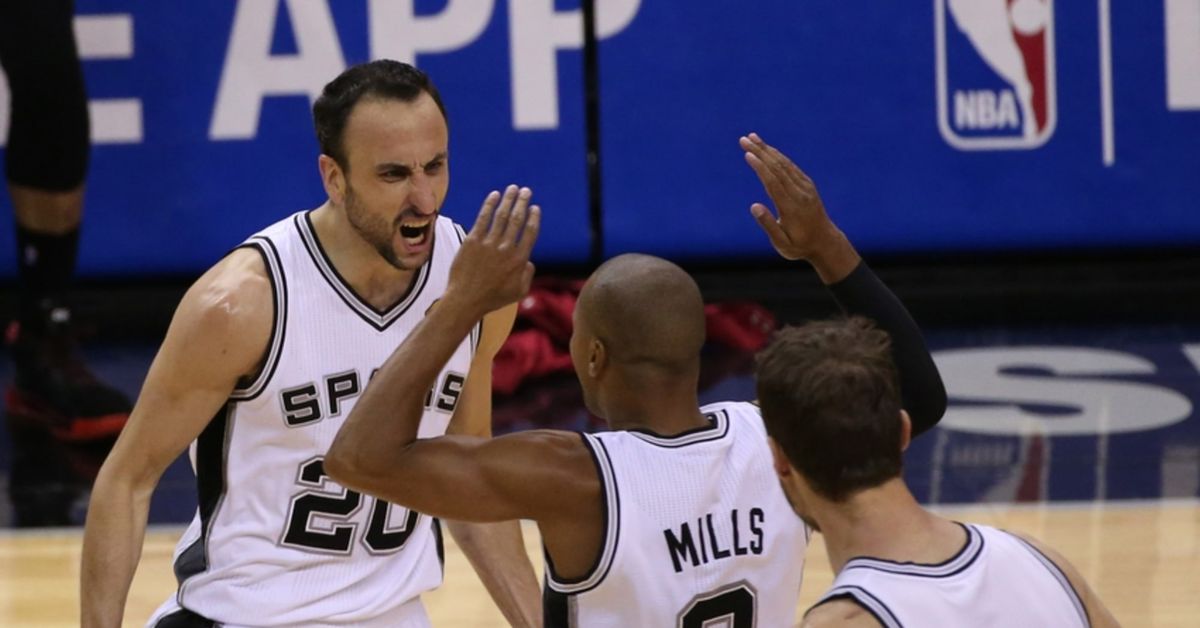 Most of my good friends, and extremely observant Pounding the Rock readers, know that I am a big fan of Bruce Springsteen and the E Street Band. One of the pieces I most enjoyed writing while here at PTR addressed my visit to the River Walk and a Springsteen concert I attended ten days later.

In that piece from the summer of 2017, I talked about how Bruce’s excellence over the years (indeed, the decades) mirrored the Spurs’ long run of success — though I noted that Bruce (Springsteen, not Bowen) had to play many more road games than the Spurs. Looking back on what I wrote then, I might have been wrong. Perhaps every arena Bruce has played around this planet has been a “home game” for the band. Everyone, from every country, knows the lyrics and sings along with Bruce. A rock/gospel/protest religious experience.

In my Spurs/Springsteen piece, I concluded with this:

After games 3, 4 and 5 against the Heat in 2014, because they Let it Fly (Pop’s quote, not Bruce’s), the Spurs did walk in the sun. It truly was Glory Days. And the Spurs could sit on the hood of a Dodge, drinking warm beer in the soft summer rain.

“Someday we’ll look back on this and it will all seem funny.”

You may wonder what led to me to look back at a piece I wrote in the summer of 2016. As with many memories, the motivation came from a song on the radio. In this case, the song I heard was a Springsteen song referenced in my piece: “Glory Days.”

The song talks about how we all look back at our youth as our personal “glory days.” In the first stanza, Bruce talks about running into the star pitcher from his high school — “He could throw that speedball by you, make you like a fool boy” — and how that pitcher continued to talk about those days, even years later. (Springsteen fans still wonder why Bruce called it a “speedball” instead of a fastball.) Bruce ends the song hoping that he would not wind up like his hard-throwing pitcher friend:

“And I hope when I get old I don’t sit around thinking about it but I probably will,

Yeah just sitting back trying to recapture a little of the glory yeah,

In the wink of a young girl’s eye,

Not only do athletes look back at, and often define themselves by, their personal Glory Days, but all of us do. Some of us still play that game of our youth, trying to recapture — even if sporadically — some of that past glory.

Fans of the Lakers and Celtics look back at their great rivalry from the 1980s, and Lakers fans especially enjoy knowing that the Showtime Lakers won the decade over Larry Bird’s Celtics. Yankee fans reminisce about the Jeter-Rivera teams. Red Sox fans enjoy knowing that their team finally broke through in 2004 against that Yankee team, triggered by a Dave Roberts steal of second base and clinched by David Ortiz launching bombs into the Fenway night.

Spurs fans still gauge the team by the Spurs’ glory days, which spanned many years and five championships. I know I do. I have my personal collection of Manu Ginobili shirts, and I look back at the 2014 season and Finals as the highlight of my personal experience as a basketball fan.

In the Spurs’ Glory Days of 2014, fans got to root for a multi-national, multi-lingual group of players who epitomized the meaning of team: The Great Duncan, and the Great Manu, and the Great Parker, along with Boris Diaw dropping dimes, and Patty Mills getting hot, and Danny Green draining threes, Tiago Splitter blocking Wade’s shot, and Kawhi Leonard getting the Finals MVP based more on his defense than his offense. It is OK to continue to revel in the feeling Spurs fans get from re-living that experience. Spurs fans had those glory days, and that team, and those players, and that outspoken coach, all coalescing in that moment in time. Many fans never got to enjoy that feeling. Spurs fans did.

And this is where I might disagree with the Great Springsteen when he fears telling “boring stories of” his glory days.

Having those Glory Days is a good thing. A very good thing. And I am more than happy to continue to talk about them. Especially now.

Sorry Bruce, but those are not “boring stories.”

Free pdf books download free Someone Who Will Love You in All Your Damaged Glory: Stories (English Edition) by Raphael Bob-Waksberg