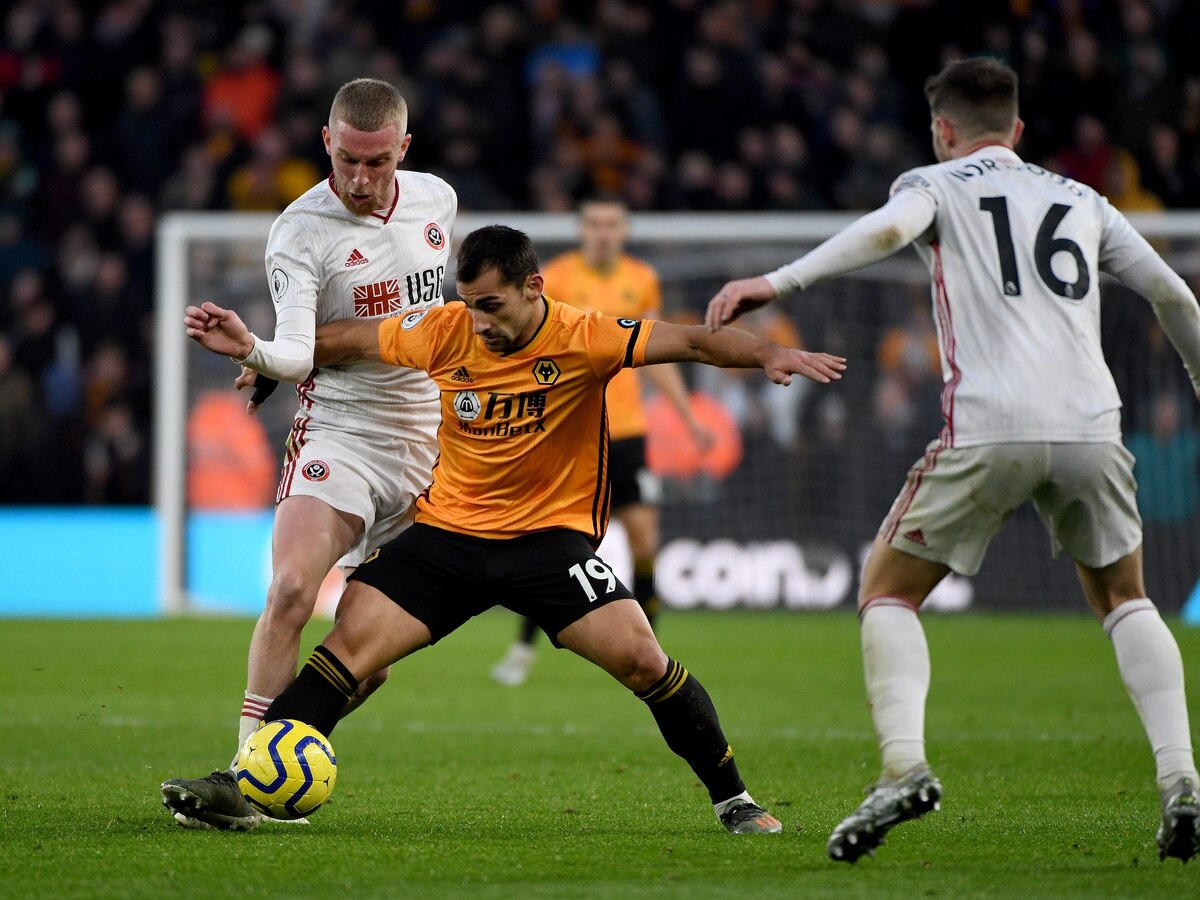 Wolves are sixth in the table and nine unbeaten in the Premier League after a 1-1 draw with Sheffield United.

It was another example of Nuno Espirito Santo’s side showing character and coming from behind. All in all, a draw was a fair result, an accurate reflection of proceedings.

The Blades began brightly and could have been three or four up by the hour if not for Rui Patricio, and then Wolves improved in the last half hour and deserved their goal.

It was disappointing to concede so early on – just 63 seconds on the clock when Lys Mousset found the bottom corner – and the trend of playing well in one half and not being great in the other did continue, but so did the never-say-die attitude.

Nuno’s side do not know when they are beaten, and they did well to respond against Chris Wilder’s charges – one of the most well-drilled teams Wolves have faced this season.

Credit must go to United for how they went about their business as well.

They refused to give Wolves’ midfield a moment’s peace and successfully kept Ruben Neves and Joao Moutinho quieter than usual.

They will be just fine this term and, while the style of play is different, they do remind you a bit of Wolves from last campaign – more than holding their own following promotion from the Championship.

This clash was not the most entertaining of the season, but it was two finely-tuned teams pitting their wits against each other and made for intriguing viewing.

The referee, though, it must be said, was poor.

David Coote should have given George Baldock a second booking towards the end and generally seemed out of touch all afternoon – giving fouls for fine tackles and then missing bad challenges. 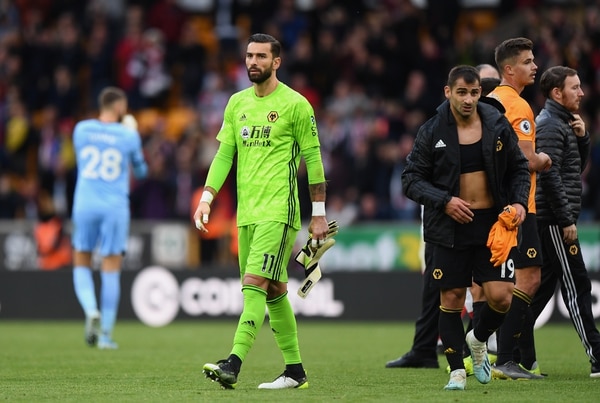 On song was Patricio, making a few key saves to prevent the Blades from going two, three or even four ahead before Matt Doherty got his goal.

The Portuguese has been a consistent performer between the sticks this season and made a noticeable improvement from last term – although he was not bad then.

Having guided Portugal to Euro 2016 glory, Patricio has had to excel in important moments and he certainly did so in this encounter, denying John Fleck and then David McGoldrick twice.

When a player is one-on-one with the 31-year-old, you tend to fancy the keeper to win the battle, especially given the better performances he has put in this term.

Patricio does not have the number of clean sheets he would have liked – just three in league so far – but he has played a vital part in Wolves’ success in both the top flight and the Europa League. He is doing a top job.

And you have to think that he will add another clean sheet to his tally sooner rather than later. Another man who was able to come out of the game with his head held high was Max Kilman.

start, the former England futsal star dealt with all the major incidents which came his way.

It was not as calming as having Willy Boly – currently on the sidelines with an ankle injury, but no longer wearing a protective boot – in the side, but the 22-year-old was assured against a tricky strike paring of Mousset and McGoldrick.

Romain Saiss is back from suspension for the game against West Ham on Wednesday, and you would expect him to come straight back into defence.

But him replacing Kilman is perhaps not as straightforward a decision now, with Kilman having impressed, while Leander Dendoncker put in a sloppy showing on the right of the back three.

Even if he does drop out of the starting XI for the Moroccan, though, Kilman can be happy with how he did against the Blades.

Nuno has long been a fan of the former Maidenhead United stopper – promoting him to the first team less than a year after coming in from non-league – and now we are starting to see why.

None of us, at the start of the season, expected him to be ahead of Real Madrid loanee Jesus Vallejo in the pecking order.

And while Vallejo’s shaky displays have certainly played their part, Kilman’s work has been top-notch. Long may it continue. 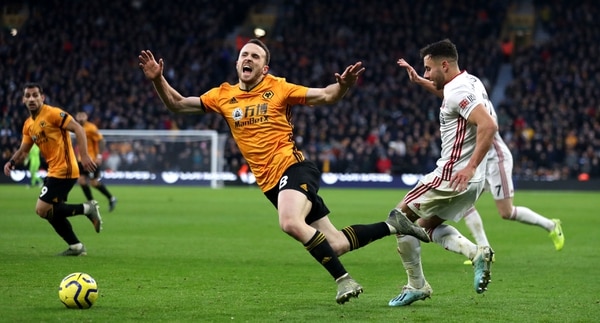 Something we do not want to carry on for much longer is Diogo Jota’s dry spell in front of goal.

Over the past few weeks, I have stressed his goal is not far away – but this was his worst performance for a while.

He is clearly desperate to get back to scoring ways after going six league games without finding the net.

But his desire to do so was to the detriment of Wolves at times in this game.

Trying to run past defenders and get shots off, the Portuguese was regularly dispossessed before he was able to try to test Dean Henderson.

And he was attempting to do it all on his own instead of making what were obvious passes to his team-mates – most notably when he should have released Raul Jimenez in the second period, but ran at John Egan instead and was tackled.

Jota’s willingness to ask questions of defenders is admirable, but selfishness – which was apparent here – is not what we want to see.

Hopefully, he can get get back on track against the Hammers in a couple of days’ time.

And speaking of Manuel Pellegrini’s men, it is another game you expect Wolves to get something from – despite the visitors’ victory over Chelsea at the weekend.

Then, after that, Wolves are heading to Brighton on Sunday.

Four points from those two matches seems a realistic target for Nuno’s side, who are sixth and nine unbeaten despite the fact they are yet to really blow a team away this term.

That return would be especially nice considering three of the following four games in the league are against Tottenham, Manchester City and Liverpool – even though Wolves, at their best, could beat any of those three.

Ultimately, although the squad is small, you are backing Wolves to hold their own in this busy December.