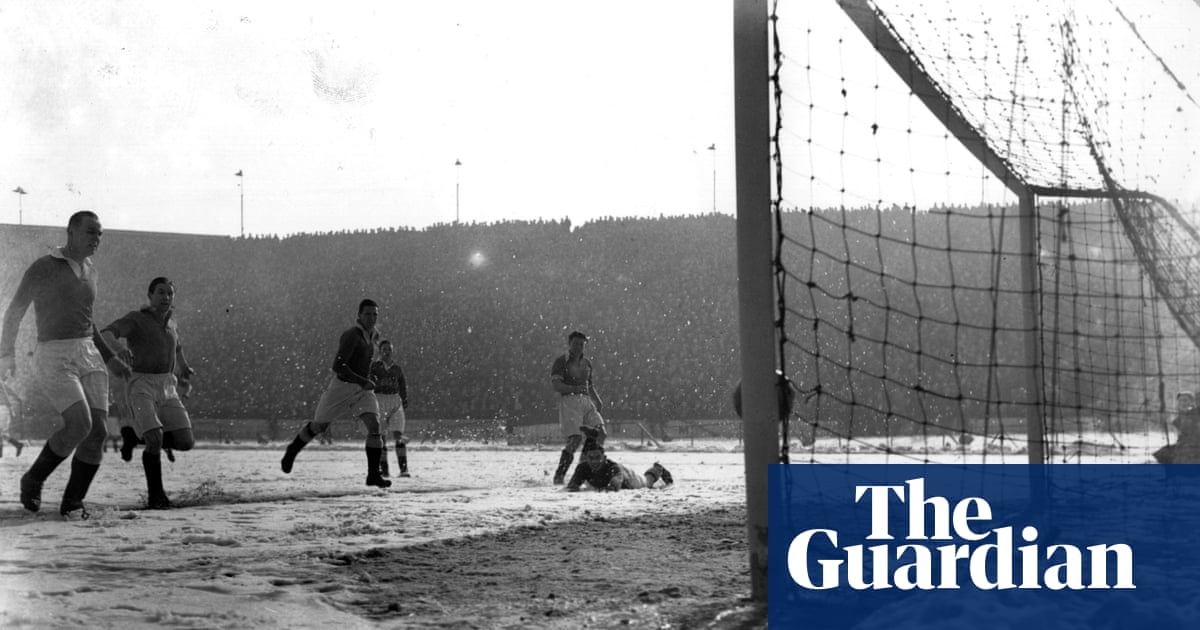 Precisely 73 years ago last week the Football League met to discuss a serious problem that had thrown the entire season into doubt. “The league are asked in effect to choose between abandoning this season’s championship, which would be a sore blow to the clubs at the head of divisions, or playing on halfway through the summer, or (perhaps the best solution) playing behind closed doors the games needed to conclude the league programme,” the Guardian reported.

The circumstances could hardly have been more different, but the dilemma facing football’s governing bodies at that time was identical to that they have been presented with because of coronavirus.

On 12 March 1947 the Home Office summoned representatives of the country’s biggest spectator sports, namely football, both rugby codes, horse and greyhound racing, speedway and ice hockey. The government was determined to drive up productivity in British factories as the country tried to get back on its feet after the second world war, and felt that eliminating the distraction of midweek sport would help in that endeavour (cricket was left out because it didn’t distract many people of working age).

The problem from football’s perspective was it had been a uniquely vicious winter, with snow still swirling around the country towards the start of spring. On 10 March, the weekend before the government summons, 17 of the 44 scheduled league games were called off; 16 March, the day before executives from the Football League and FA met to discuss the issue, was the seventh consecutive Saturday league fixtures were postponed.

“Many grounds are flooded, some are still frozen and others are covered with varying amounts of ice, water and snow,” reported the Guardian. First Division Blackpool had played 34 league games; Sheffield United 26. There was an unprecedented amount of football still to squeeze into the season, and only a few weekends remaining.

There was some dissent to the government’s proposals. “The percentage of the British public who attend midweek sport is infinitesimal,” said the chairman of the Rugby League Council, WH Hughes, who was refused permission to play midweek games after 6pm. Greyhound fans protested outside the Home Office, without success. “The moral effect on the people [could] be disastrous,” said Will Cearns, the chairman of West Ham and director of Wimbledon Greyhound Stadium. “The whole idea is incredible. I believe that opinion against a midweek sports ban will be so strong that it will never come into force.”

The government held firm, and sport fell into line. Two of the great fixtures on the horse racing calendar – the Grand National and the Epsom Derby – moved from their traditional Friday slots to Saturday. The National has stayed there ever since, while the Derby had an extended flirtation with Wednesdays before moving back to the weekend.

“Associated with the problem of completing the fixture list – which seems insoluble in the circumstances – is the question of whether to call the big issues of the season – promotion and relegation – off, or whether to award the prizes and hand out the penalties despite the differing number of fixtures fulfilled,” wrote JT Bolton in the Observer. “The null and void line is the one likely to receive the greatest volume of support.”

They decided instead to extend the season to 14 June, though in fact only two league fixtures were scheduled for June: Sheffield United’s home games against Arsenal, on the seventh, and Stoke a week later. “It is understood that the possibility of matches behind closed doors was not discussed, and that the meeting did not consider any alternative scheme to the one adopted, which met with unanimous approval,” wrote the Guardian.

And so they played on. At the time the decision was made Wolves were four points clear at the top having played a game fewer than Liverpool and four fewer than Blackpool, their nearest challengers, who were divided by goal average. Middlesbrough, Manchester United and Stoke lingered just below.

The following weekend the leaders visited the Blades and lost. Over Easter they lost another two games in three days, and for one night dropped to second (albeit one point behind Blackpool with an improbable five games in hand). Other teams were finding form: over Easter Stoke played three games in four days, won them all and kept going. Liverpool lost to Blackpool that Saturday, but then won six of their next seven. By mid-May Wolves led only on goal average, from Manchester United. One point behind them sat Liverpool and Stoke, who had not lost since the decision to extend the season.

The Fiver: sign up and get our daily football email.

But the Potters had suffered one significant blow. On 10 May a Great Britain v Rest of Europe match was played at Hampden Park. On the morning of the game Stoke agreed to sell Stanley Matthews to Blackpool – the papers were signed in the player’s hotel room that evening – and Stoke went into the most important run of fixtures in their history without their greatest player. The relationship between Matthews and the board had collapsed, and the 32-year-old felt unwanted by the manager, Bob McGrory, who was building a new, young team. Though the original plan had been for him to remain at Stoke until the end of the season “when hopefully we would win the championship and negotiations for my move could begin” it unravelled when the press got wind of it.

Going into the last day of the month Wolves, Stoke and Liverpool had a game to play, were separated by only a point, and any of them could win the league, while United were second on goal average but had completed their fixtures and were out of the race. Wolves knew victory at home to Liverpool would secure them the title, but any other result would blow the race open. Stoke just had to watch, with their final fixture still a fortnight away. Liverpool were 2-0 up at half-time and held on to win 2-1. Wolves, four points clear on Christmas Day and only once and fleetingly off the top since, were toppled at the last, and Stoke had a fortnight to prepare for the most important game in their history.

Two days before the match the players and directors, in their infinite wisdom, travelled to Buxton for the annual well dressing festival. “After lunch the party visited the Pavilion Gardens and pleasantly whiled away the afternoon at bowls, tennis and putting,” reported the Staffordshire Sentinel. “Supporters can rest assured that all the boys will do their utmost to win this most vital match,” said Jock Kirton, the captain, presumably during a short break between unrelated leisure pursuits. Still, Stoke were fully fit while the Blades were without three of their best players and ended up picking Jack Pickering, the 38-year-old club captain, for the only time that season. Pickering set up the final goal in a 2-1 win and instead of taking the title Stoke finished fourth, still their highest league finish.

The match ball was spirited to Merseyside, where it was presented to Liverpool’s hospitalised chairman, William McConnell. England’s longest league campaign was finally over, won by a club that first topped the table when the final whistle blew on the final fixture; the Liverpool Echo concluded that “no side mixes glorious uncertainty with uncertain glory more than Liverpool”. A new season kicked off 70 days later, midweek fixtures restored.

No story no glory | Boeken