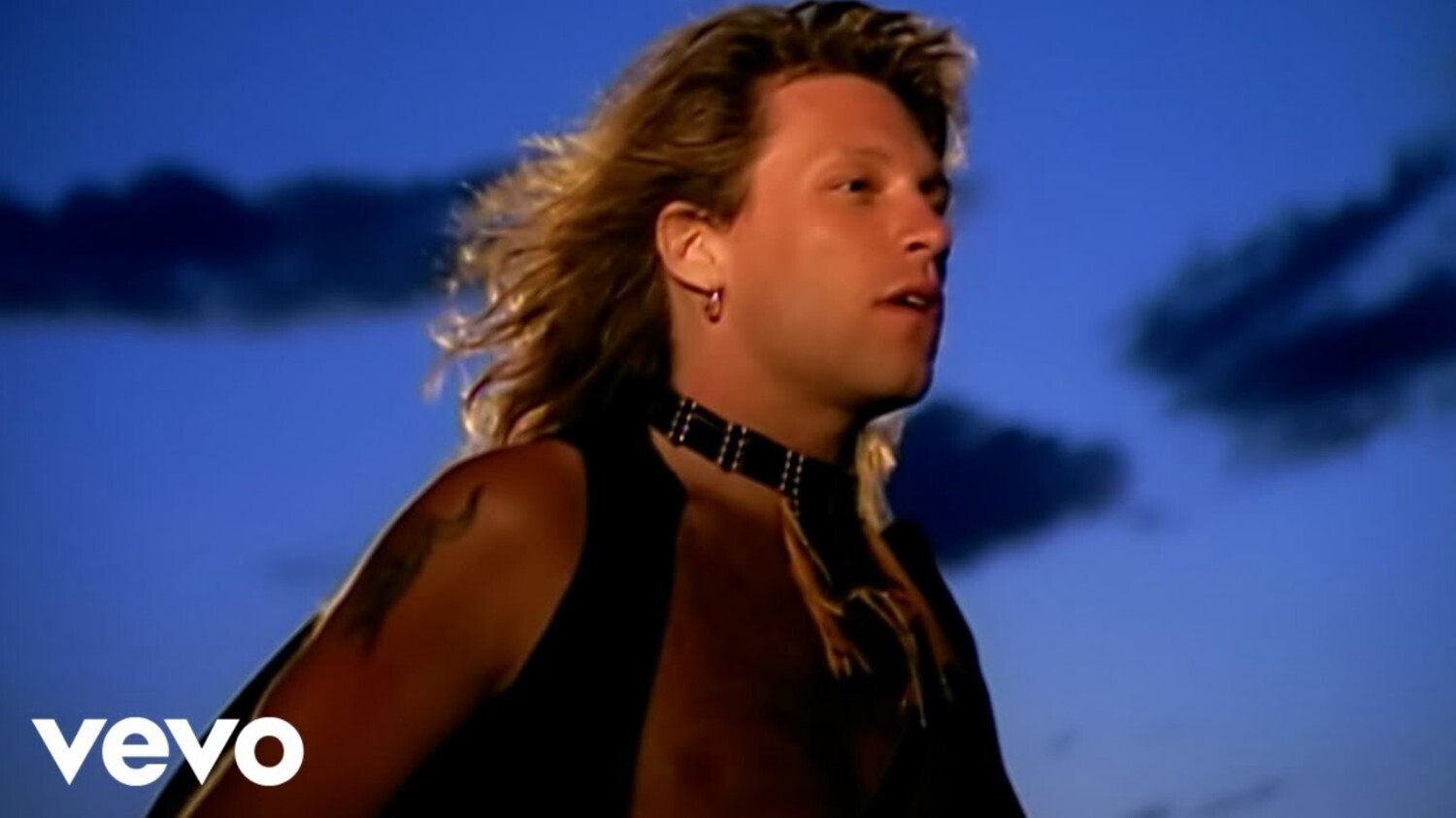 In September 1990, Jon Bon Jovi’s wild-wild-west single soared to #1 on the Billboard Hot 100 chart. The next year he bagged a Golden Globe Award for Best Original Song, as well as the Michael Jackson Video Vanguard Award, a now-discontinued award in the VMAs. Blaze of Glory was also nominated for the Academy Award and Grammy Award that year.

The song was written as a background score to Young Guns II. Actor, Kiefer Sutherland likes to tell the story of how he, Emilio Estevez and Jon Bon Jovi were in a bar and the rockstar dashed off the first single on three napkins. That was the birth of Blaze of Glory, and yes Estevez has those napkins framed. What’s more, the song might never have been written if they’d all gone along with Estevez’ original idea of using Bon Jovi’s 1987 hit song, Wanted Dead or Alive. Despite its cowboy theme, Jon wanted an entirely new set of songs for Young Guns II.

Blaze of Glory has all the hallmarks of this New Jersey band’s early songs – powerful vocals, a memorable guitar riff and enviable angst. Has desolation ever been more tempting than in a Bon Jovi song? And that’s the other thing, this is not in fact a Bon Jovi song. It’s a Jon Bon Jovi solo but has been consistently performed by the band in concerts.

You ask me if I’ve known love

And what it’s like to sing songs in the rainWell, I’ve seen love comeI’ve seen it shot downI’ve seen it die in vain…