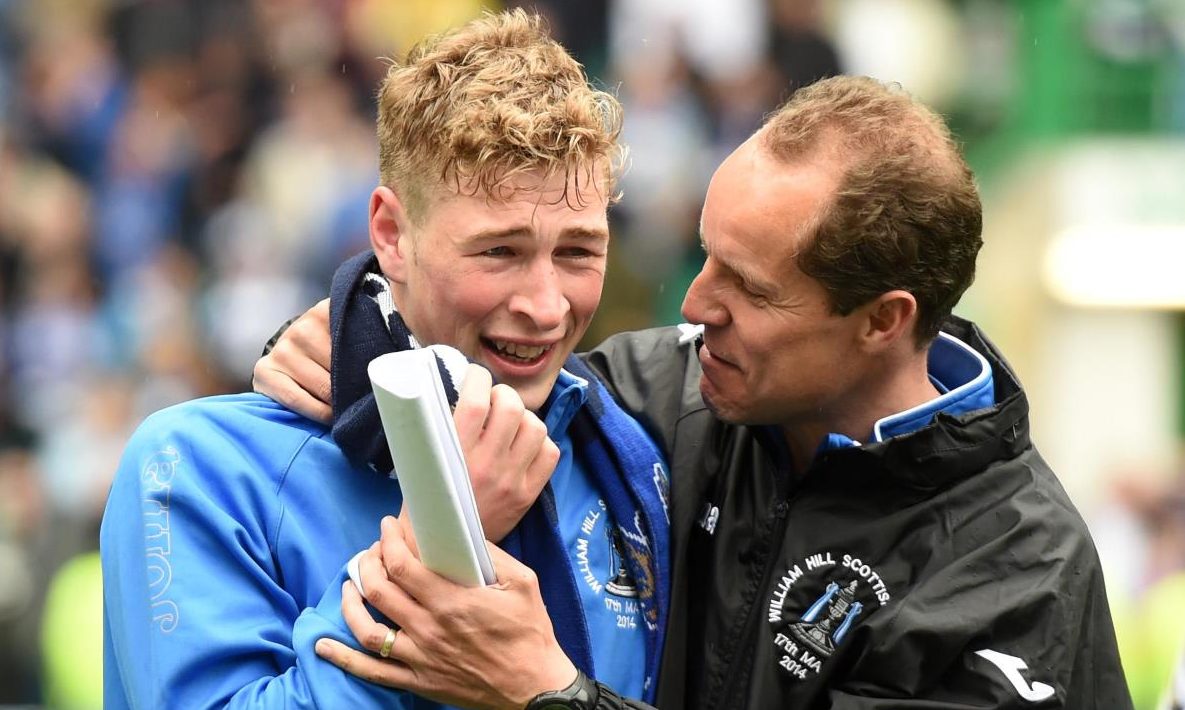 An emotional David Wotherspoon with Alec Cleland after winning the Scottish Cup.

St Johnstone’s understated talisman has got his sights set on a special piece of Perth footballing history that would be worthy of shouting about from the top of Kinnoull Hill.

David Wotherspoon’s injury scare has been banished and the midfielder is now set to become the first Saints player to start in two national finals for the McDiarmid Park club.

And, along with likely substitute and fellow 2014 hero Stevie May, only a second winners’ medal will suffice.

“To get to another final is great and there is every chance we can go on and win it,” said Wotherspoon.

“It would be incredible to win two trophies at this club.

“Lifting trophies is what you want to do in your career so we have given ourselves a good chance of that now.

“It’s a magnificent achievement getting there but once you’re in the final you want to perform on the day and leave Hampden with the cup.”

Wotherspoon is eyeing up a double but it will be the first time feeling that will drive on the majority of the young Saints side against Livingston at Hampden.

“We don’t have many players who have played in cup finals so it’s new to a lot of the boys,” said the former Hibs man.

“Although the club won a trophy in 2014, there are not many of us

left. It’s a fresh experience for this group.

“The desire is there throughout the whole team. Winning the League Cup would be a massive achievement for St Johnstone.

“It will have a different feel about it this time round because of the current situation and it’s disappointing the supporters won’t be there to cheer us on.

“But we know they will be supporting us through their television screens.

“In 2014 we had an open-top bus parade and we made great memories going around the city and seeing the massive impact it had. There were so many people clapping us in the streets and then when you got into the city centre, you saw so many folk waiting for us.

“You couldn’t believe your eyes that so many people turned out.

“It won’t be the same for whoever wins the final this year but it would still mean everything to win another trophy for this club.”

How coronavirus has left Liverpool in ruins