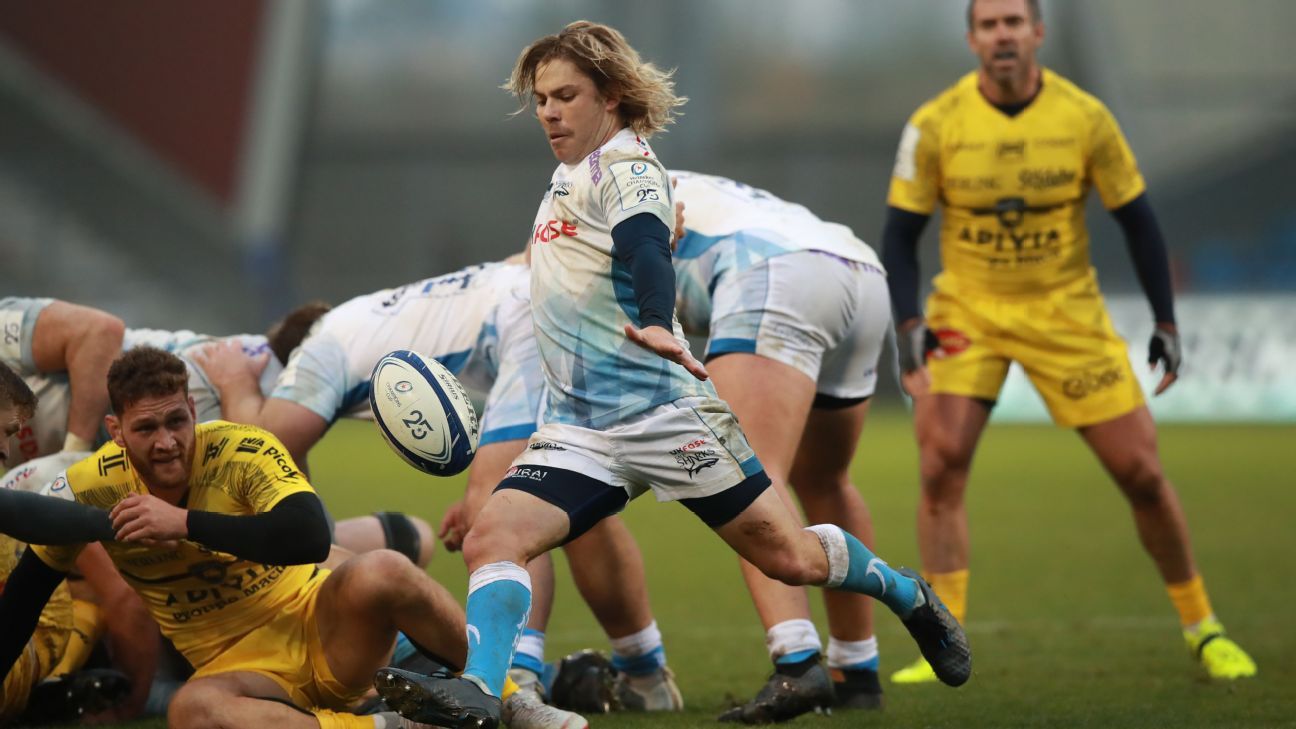 World Cup-winning scrumhalf Faf de Klerk will have a close eye on this year’s Six Nations Championship, as he looks ahead to the potential of a British & Irish Lions tour to South Africa in 2021.

That may seem a long way off, but will be front of mind for many of the Springboks who lifted the William Webb Ellis trophy in Japan in November, with the Six Nations providing an early look at how the home nations may tweak their squads.

New Zealander Warren Gatland, who has just finished a 12-year spell with Wales, will coach the Lions for a third time as they seek to avenge their 2009 series loss in South Africa.

He, and the Boks, will be keen to see what changes England, Scotland, Wales, and Ireland make to their squads over the coming weeks, with the latter two under new head coaches.

De Klerk plays for English club Sale Sharks and was one of the star performers of the World Cup win. He says he has taken much more notice of the Six Nations since moving to Europe in 2017.

De Klerk told ESPN: “I must admit, at home [in South Africa] I did not spend much time thinking about it but I do now, knowing most of the players and how they play for their clubs.

“That is especially more so now with two Six Nations’ (championships) before the Lions tour, there will be a big focus on them. It can give us a lot of background to players and provide a lot of positive information.”

Six Nations Fantasy Rugby: Everything you need to know to play

As for players who could shine during the Six Nations, De Klerk picks out two Englishmen, including the Sharks teammate he clashed with during the World Cup final against England.

He said: “In the England set-up there is a lot of talent, someone like Tom [Curry] has been amazing for them and our club. What he has achieved in a relatively short space of time is incredible.

“Then you have a guy like Sam Underhill, who is another top talent. You will always have new guys coming through as well, so who knows who might have stuck up their hand in 18 months’ time. That is a long time in rugby.”

As for his favourites for the title in 2020, De Klerk believes it will be between two old rivals: “I would probably go with England and Wales.

“I rate Wales as a very good team, well-structured and always tough to beat. They are not the most extravagant team, but they do the basics well and you always know you are in a game.

“It will be interesting to see how Ireland go in the next while, and then how many of the French guys put up their hands.”

De Klerk won’t be the only SA Rugby employee with a keen eye on the tournament, especially in the wake of retirements and resignations in the wake of the World Cup.

He added: “I know the Bok coaches will be really onto it and at the moment we have a very ‘internationalised’ coaching staff [including former Scotland front rower Matt Proudfoot] that are always thinking about ways to prepare for certain players and scenarios.

“They always try and get into the head of opposing players and the Six Nations will give us a lot of information on individuals that we can use.

“A World Cup is always a bit of a watershed for teams, so there will be new faces and players given the chance to perform at a higher level.

“There is always the next generation to come through and from an international rugby point of view, it will be exciting to see who can cut it.”

Bring Back the Glory of the Opening Title Sequence