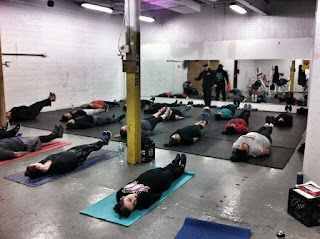 The southeast. If you are from Lancaster County even Lancaster City, those two words either make you cringe or make you holler with pride. To outsiders, the southeast section of Lancaster was rumored to be scary and dangerous, filled with drugs, gangs, and violence. Yet, despite the rumors, for many the southeast is not a neighborhood or section of town, it’s home. And, it’s family.

About a week ago, I sat down with one family member named Luis A. Miranda, Jr. He is the proud founder and CEO of BootCamp900, a health and wellness program located at 441 South Lime Street. He came to the interview straight from the gym, with a smoothie in hand. I sat at my table eating a very delicious but unhealthy chicken bar-b-que quesadilla. I was afraid we were not off to a great start. But Luis’ smile and energy immediately contradicted my apprehensions. Previously, in our communications, I told Luis that I wanted him to share his story. He immediately began to tell me about BootCamp900. “No. Tell me about Luis.” See, it’s very easy for us to speak about our passions. Asked to describe ourselves, we immediately begin to talk about our family, our job, our kids but rarely do we talk about ourselves. That is what Sharing Our Stories for His Glory is all about. It is imperative in this day in age, in a society hell-bent on taking our differences and unique qualities and exploiting them for greedy ambition that we discover our similarities and shared life experiences. We all have a story to tell and in telling our stories we not only share our similarities but we are able to see just how amazing God is in his creation of us, as individuals and communities. He uses each of us in a special and powerful way but we need to learn about each other to be the most effective in changing the world and making it great. 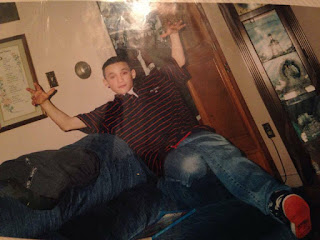 After his mother left an abusive relationship with his stepfather, Luis, and his family moved to the southeast when he was fifteen. His biological father, having been in jail and in a halfway house, was present in his life but not consistently and not as a reliable role model. So without having a positive father figure, it didn’t take long for Luis to discover the allure of the streets and the type of family they represented. Luis remembers the abuse inflicted from his stepfather and how he used punishment as a way to teach Luis to be a man. Surrounded by his mother and sisters, it was difficult for him to know an alternative.  Searching for direction, connection, and identity, Luis found himself “on the block” selling drugs. The streets taught him “how to survive…how to get my respect.” And survive he did. He recalls a time when his mother called him frantically after being at church. The Pastor told her “God just saved your son from a drive-by shooting.” At that same time, Luis was out on the block watching a car drive by several times with its light’s off before it turned the lights on and drove off. Even then Luis wasn’t ready to go home and remained dedicated to the streets, the life and that family.

There are two incidents that highlight his experiences; having a gun pointed to his head and being in jail. In the first incident, Luis states a guy was selling drugs on his block. As he describes, in the game of selling drugs respect is a big thing and someone selling on another person’s block is a big no-no.  After finding the guy and attempting to confront him, Luis approached his car with his focus on the driver as he was the one who had disrespected Luis. The driver displayed his gun. At the same time, the passenger had gotten out of the car and was now pointing his gun directly at Luis’ head saying “who’s the tough guy now?” After shooting twice in the air, the passenger went back in the car and they left.

The second incident, which was really the catalyst for change in his life, was when he was arrested and spent two years in prison. He recalls that he and some friends had stolen a car. After being spotted by the police, who unbeknownst to him had been investigating him and his friends for six months, they ditched the car and went home. Luis found out that one of his friend had been arrested and was at the police station when his mother came to Luis asking for help. Luis, believing if he took the blame his friend could go home with his mother, confessed to everything. But instead of Luis also being released, the police took him in the back and the cell doors slammed shut. It was at this time Luis cried during the interview. He described having to call his sister and tell her to tell their mother that he was going to jail. It is apparent that Luis not only loves his mother but is truly dedicated to her. To be at a position in his life where he had to admit his failings and face her disappointment was too much to bear. Luis recalls being in the courtroom as the Judge told him of his sentence. As his mother and sisters cried from the gallery, the Judge told Luis he was a “career criminal who should be locked away for the rest of (his) life.” Career criminal was a label Luis refused to accept. Sitting in prison with nothing but time to think and reflect, Luis decided it was time to turn his life around. 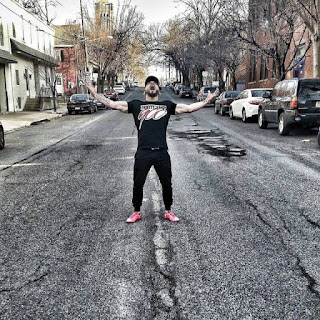 Now faced with barriers to employment and carrying around the labels placed on him, Luis remained strong in mind, knowing he needed something to focus on, something that would change his life for the better. Two things helped him focus; the birth of his daughter, Chanel and being introduced to the Youthbuild program. During his time with Youthbuild, he became involved with fitness after a mentor suggested he join him at the gym. He said for a while he went here and there but eventually became consistent in his workouts. That consistency lead to Luis beginning to see real results. Reading and learning as much as he could about fitness, he realized that he could help others with their health and wellness goals. Luis began teaching classes at a local gym. The classes, held at 9:00 pm, were so popular that the gym had to stop them after the other instructors became upset that people would go to his class and not theirs. Not to be deterred, Luis held classes wherever he could. Eventually, he knew he needed a name. A woman in his class wore a calorie burner to one of his classes and told Luis at the end of the class she had burned 900 calories. Now he had something! So in 2012 BootCamp900 was officially born. By 2016, BootCamp900 was no longer just a neighborhood thing, it was no longer just a southeast thing. BootCamp900 was a Lancaster thing. After winning second place in Lancaster’s Great Social Enterprise Pitch Competition, Luis really began to focus on what his vision was for the future. BootCamp900 has always been a 60 minute bodyweight training program focusing on muscle confusion that helps build self-esteem and encourages students by creating an environment of hard work and dedication. Now Luis has three goals for BootCamp900; 1) to mentor/educated inmates and formerly incarcerated individuals to become personal trainers to either work at BootCamp900 at a living wage or go on to work somewhere else 2) to give the at-risk youth a way out from being lured by the street life. Currently, anyone in the southeast under the age of 18 can go to BootCamp900 for free,  and 3) open a wellness center in the southeast. Luis says the southeast is “the

and adobo” that flavors Lancaster city and refuses to leave until a wellness center is opened because, frankly, the southeast deserves it. 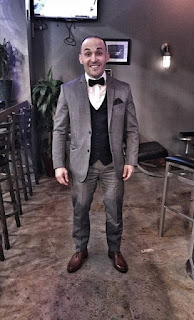 Luis A. Miranda, Jr. is a father. He is a Fitness Director. He is an innovator. He is an entrepreneur and he is one of the southeast’s greatest assets. It is his desire that anyone who has made a mistake in life, no matter what it is, can be given a second chance. He is creating a legacy. A legacy that says not only is there always a way out, a way to a better life but you have the ability to positively influence others along the way.

The Glory that was Greece