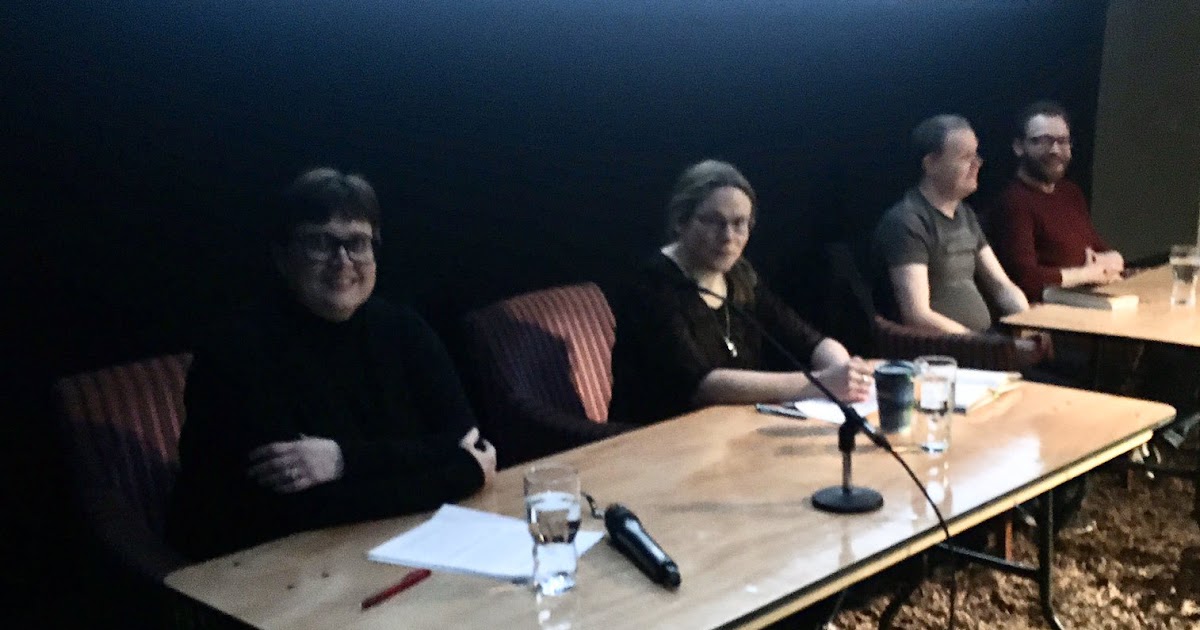 If you’re a regular reader of the blog, you’ll know the
drill by now: it’s December. That means I’m about to start obsessing over ghost
stories, because in my weird ol’ head, ghosts and Christmas go together like…
well… like Scrooge and Marley.

This year I got a head start, because on November 30

I attended the first

in Derby. It was a really great
event, and I was fortunate enough to be invited onto two panels, and attend
several others, chat to readers and fellow aficionados, meet social media
friends in the flesh, as well as catch up with some lovely fellow writers who I
really don’t see often enough. Most importantly, though, I got to hear about
and talk about one of my favourite subjects: ghost stories!

I figured my panels would make great blog fodder, as well
as give you a taste of what you missed out on if you couldn’t attend (it’ll be
back next year, bigger and better!). So this blog will look at ‘supernatural
shorts’ – this was a lively discussion about the short story format, and why it’s
particularly great for ghost stories. What follows is a summary of the
discussion, and my personal takeaways – big, big thanks to fellow panelists

, and our excellent chair,

So: why is the supernatural so effective in its shorter
form?

The ghost story comes from the oral tradition (fireside
tales). In this respect, we could say the shorter the better – as an evening’s
entertainment, everyone sits around the fire and tells a story, and tries to
terrify their companions. Variations on this theme used to be the kick-off
point for many a tale – just look at the

. It’s also the setup
for

The Woman in Black

Let’s delve into the classics of the form. My first ever experience with ghost stories was the Fontana Book of Great Ghost Stories – 1972
edition. I read it when I was far too young, and it gave me nightmares… but
turned me into the man I am today (i.e. a weirdo). This book contains two of
the best short stories ever written IMO:

The
Voice in the Night

(Walter de la Mare). These led me to track down more of the classic
writers, and that’s when I found M R James, who remains my main influence. I
also love really weird, ambiguous stuff – like Robert Aickmann’s

, which I’ve read about
five times, absolutely love, but have no idea what it’s about…

Fast forward to the present, and I think Michelle Paver and Adam Nevill are at the top of the tree right now. Dark Matter is astonishing. Adam doesn’t write a lot of ghost stories

, but there are some absolute corkers in his short story collections, notably Florrie. 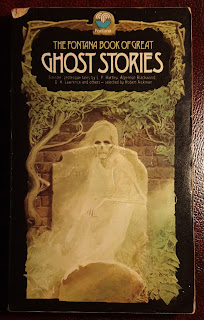 as being too full of excess – it contained good ideas, but the ‘butter was
spread far too thick’. He described Maturin’s

as ‘long – cruelly long – and we must keep our eye on the
short prose ghost story.’

Who am I to argue with the master? So I’ve tried to
identify the elements of the successful ghost story. I think we can all agree
on these three: Atmosphere; tension; suspension of disbelief. I add a fourth: Ambiguity.
(MR James says the best stories give us ‘plenty of clear-cut and matter-of-fact
detail, but when the climax is reached, allow us to be a little in the dark as
to the workings of their machinery’). These elements are very

difficult to
maintain for a full novel, but can provide chills aplenty in a short story.

If you look at the classic long-form ghost stories, they’re
really not as long as you think:

The
Turn of the Screw

is only 43k words. Wilkie Collins’

is described by M R James as a ‘short novel’ (also,
cheekily ‘by no means ineffective; grisly enough, almost, for the modern
American taste’).

The Woman in Black

,
a modern classic, is really a novella.

The pitfall of the short story though is clichés – they can
be really hard to avoid when you don’t have many words to play with. Things
that were scary to Victorians and Edwardians have now been done to death (excuse
the pun). So we have to look at new ways to frighten, while still avoiding what
M R James would call ‘gory excess’. Tastes change. You can’t get away with
hanging a story around a bloodstain that won’t go away until the body of the
murdered maid is found – it was identified by Dickens in the mid-1800s as being
a common type of story still in use. It was becoming cliché even then, so now
you need an extra twist if you’re going anywhere near that device. And those
twists are what really help short story writers today. By all means take a cliché
or trope, but subvert it. The reader will be drawn in by the nostalgic air of
the familiar, and still be surprised and delighted (and, hopefully, terrified) by
a clever twist.

In a similar vein, we can use setting to do a lot of heavy
lifting in a short story. I think short stories thrive when you don’t have many
scenes, and ergo not many locations. If you can put a spooky twist on something
familiar, that also helps – that way you aren’t spending ages describing a
gothic castle or whatever – you’re picking something everyone can easily
visualise, like a boring stretch of motorway or a bedroom in the family home,
and playing up the differences (you’re surrounded by an unusually dense fog, or
there’s a strange, slender figure standing by the roadside, etc.). Finding the
unsettling in the mundane is pretty effective, and it saves the precious word
count. My last ghost story (

Finally, think about the ending of the ghost story. It
doesn’t always have to be a huge twist (sometimes that in itself is contrived
and expected). I always go back to that point about ambiguity. Ghost stories
aren’t often tied up with a neat bow – ghosts are scary and confusing. They’re
usually inexplicable, and while a character might turn to a priest or even a
local pagan group to come and exorcise the ghost, there’s no earthly reason why
this should actually work. A good ghost story should have a solid resolution at
least for the characters involved, but might not ever explain the nature of the
supernatural – after all, we only fear that which we don’t understand…