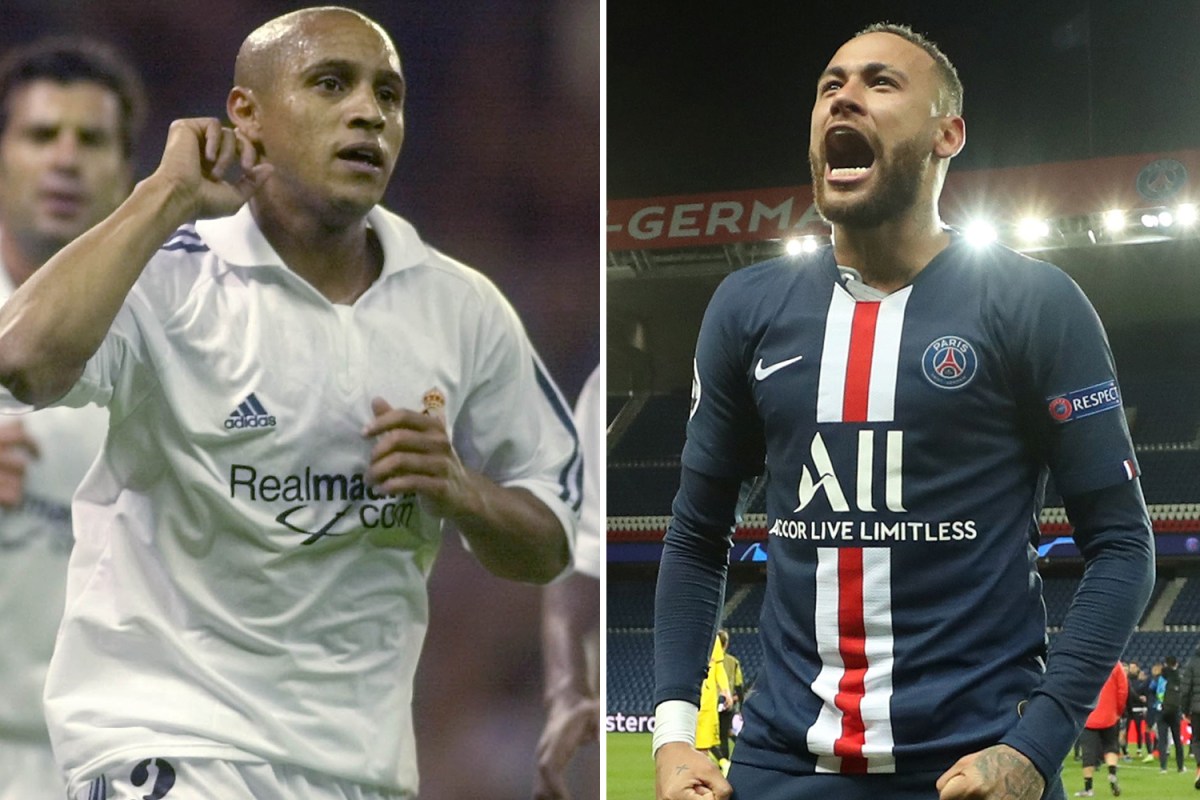 FORMER Real Madrid star Roberto Carlos has made a play to woo Neymar to the LaLiga giants.

The Paris Saint-Germain striker tried to push through a move

in the summer but neither Real nor Barcelona succeeded in their attempts to sign him.

But fellow Brazil hero Roberto Carlos, 46, believes Neymar should have moved to Madrid some time ago, if he was serious about winning the Champions League.

Real have claimed four of the last six European crowns while, in contrast, PSG are yet to reach the final of the competition.

Carlos, who won three Champions League trophies in his 11 years at the Bernabeu, told Fox Sports Radio: “If it had depended on me, Neymar would have been here long ago, but life doesn’t always turn out how you want it to.

“Great players like him should always be at the top clubs in the world.

“Today, Real Madrid is a reference for any player.

“Do you want to win the Champions League? Then come to Real Madrid”.

The Ligue 1 champions, who signed Neymar for £198million in 2017, were made to work to keep him in the summer amid intense speculation.

After the player confessed his desire to leave Paris, Real coach Zinedine Zidane poured pressure on his club to make a bid.

The Frenchman declared in August of last year: “Neymar is not [in our squad], but until September 2, anything can happen.”

Once again, the end of the current season will see rumours arise with talk already beginning of the 28-year-old seeking a return to Barcelona.