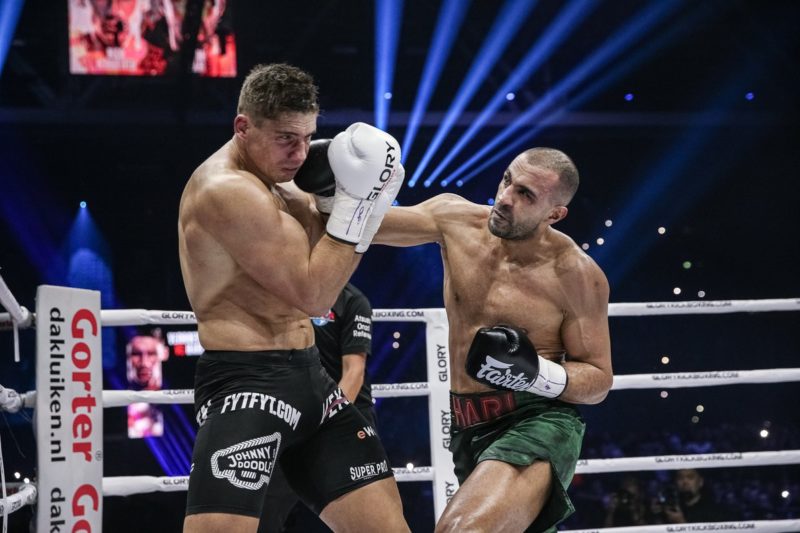 Although it had another unsatisfying conclusion, the rematch between Rico Verhoeven and Badr Hari was a ratings success.

The two kickboxing stars collided again for Verhoeven’s heavyweight title at GLORY Collision 2 this past Saturday at the GelreDome in Arnhem, Netherlands.

Determined to make things right, a focused Hari proceeded to drop Verhoeven twice in the rematch, with the latter having previously never been dropped in his GLORY career.

What a fight it was. #COLLISION2 pic.twitter.com/z1nzlsB1tU

However, as Hari attempted a spinning wheel kick in the third round, he fell awkwardly on his ankle and didn’t get up immediately. The referee soon started a ten-count but with Hari clearly in pain, the fight eventually came to a halt.

And so, for the second time, Verhoeven would beat Hari via TKO (injury).

Despite history unfortunately repeating itself, the fight — dubbed the biggest in kickboxing history — certainly lived up to the hype for as long as it went and the occasion was certainly a big one.

Over 31,000 fans were in attendance and according to a GLORY press release, the event smashed a number of

viewing records in the Netherlands.

The main event between Verhoeven and Hari drew 3.5 million live viewers, helping it take the #1 spot in the national television ratings. That figure constituted 53 percent of the live television audience in the Netherlands.

As per TV ratings group Stichting KijkOnderzoek, the rematch also drew five times the viewership compared to the first fight between Verhoeven and Hari back in 2016.

Lastly, GLORY Collision 2 now ranks as the #2 live sports television broadcast of all time in the Netherlands.

“This was an epic sports moment which drew the attention of an entire country,” GLORY CEO Marshall Zelaznik said. “GLORY’s core mission is to give fans the fights they want to see and we are humbled by their amazing response to this event.

“Our thanks go out to the fans in the Netherlands, our partners at Talpa TV and Veronica who helped us make this happen and to the tens of millions of fans who watched around the world. Everyone involved in this – from fighters, to GLORY staff, to viewers and the 31,000 fans who crowded into the sold-out GelreDome, was part of a landmark moment in sports history.”

Hopefully, combat sports fans get to witness a trilogy fight. This time, with a definitive ending.

Gloria DeHaven Helped Me Tell My Story – The Forward