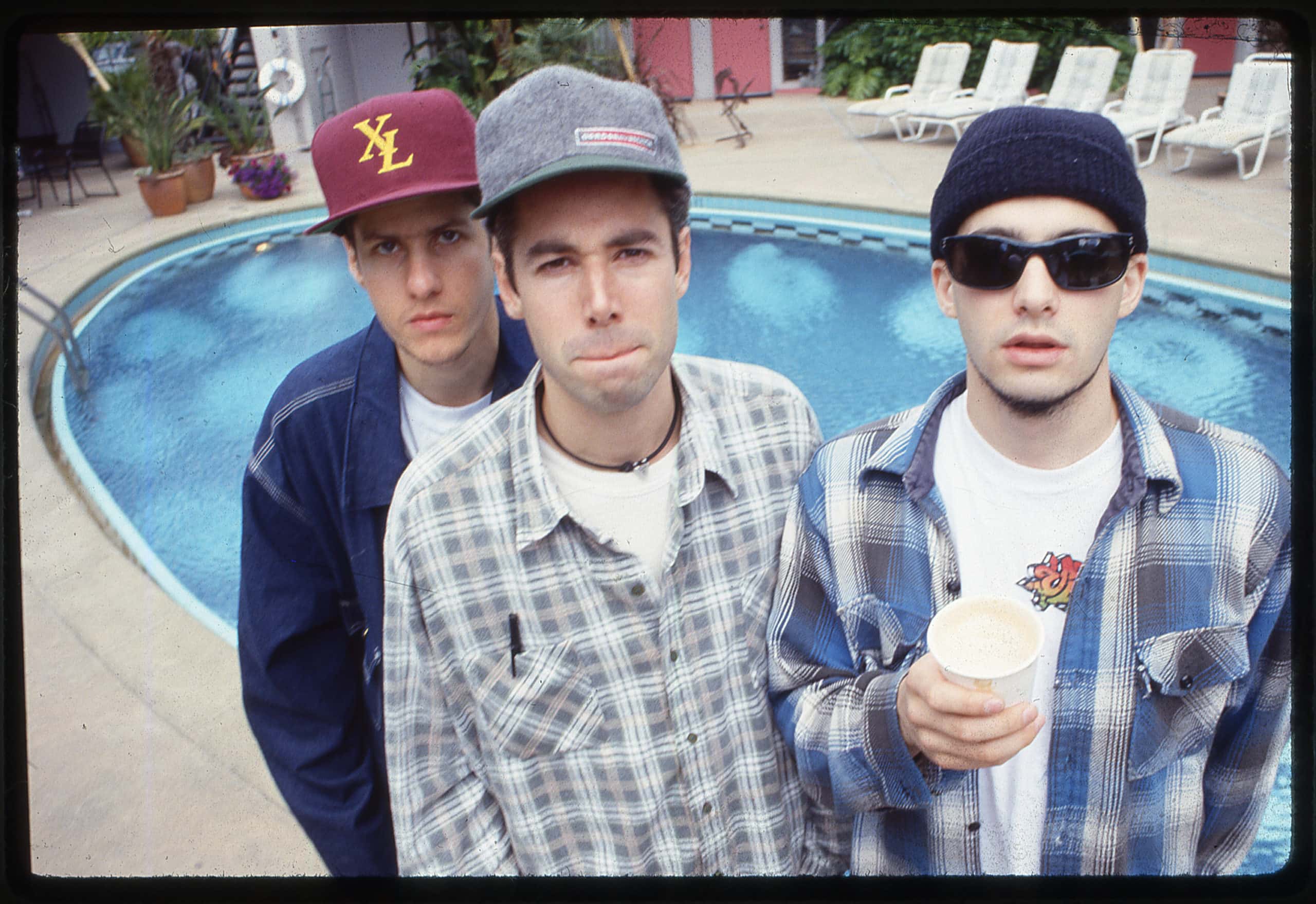 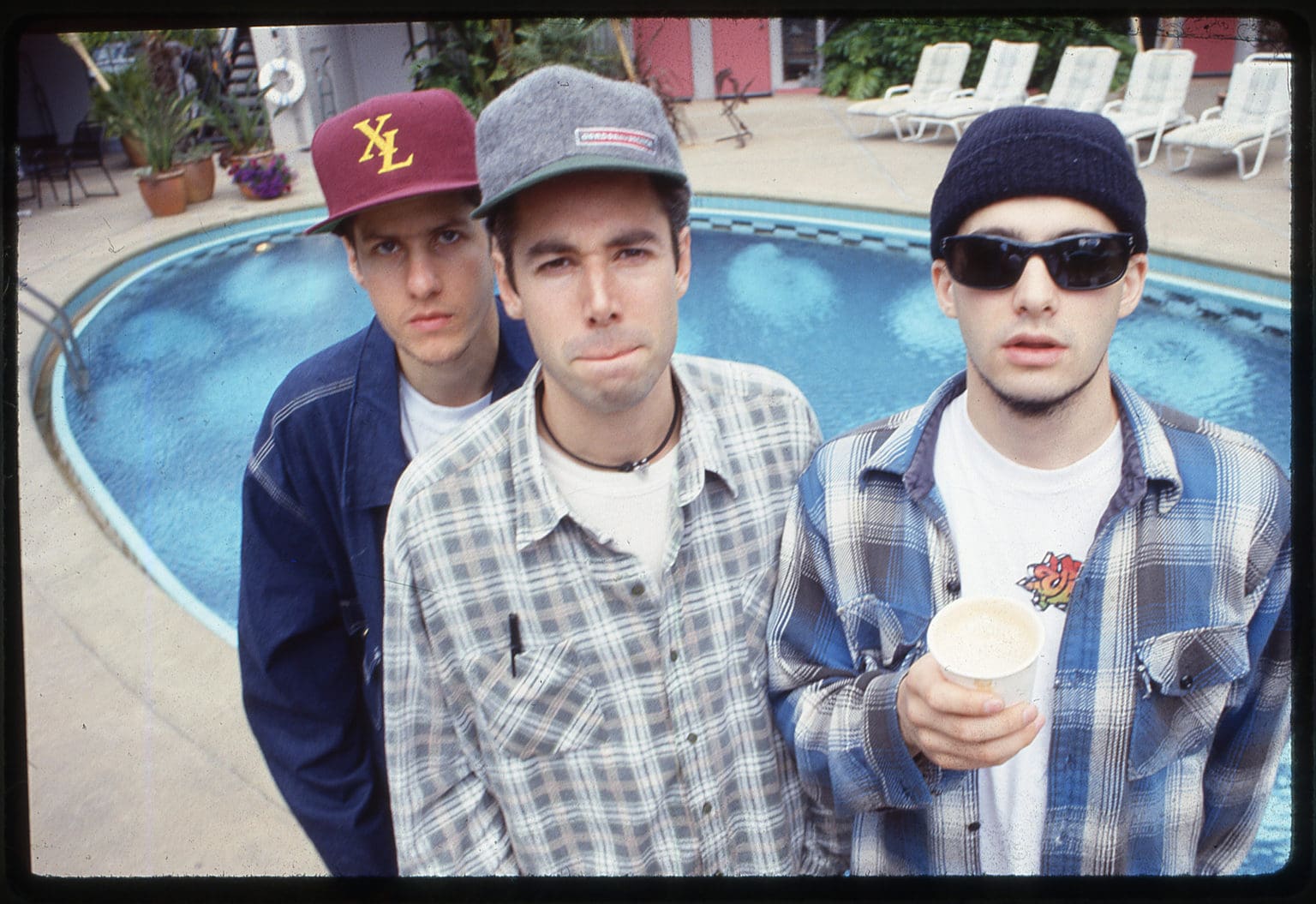 Jonze, a confidant and collaborator of the group since the Beasties’ experimental mid-career, exhibits an easy candor with his subjects. That familiarity allows all of them to open up, which is important when it comes to discussing their failures and losses.

Apple originally planned to premiere the performance-history documentary at the South By Southwest Film Festival, where it no doubt would have slayed. Unfortunately, the coronavirus canceled the fest. So Apple TV+ debuted Beastie Boys Story this week, alongside Friday’s first three episodes of crime drama Defending Jacob. This is, in short, the best week the streaming service has ever had.

Beastie Boys Story is a deeply entertaining and emotional journey through the ups and downs the band experienced. It follows the groundbreaking group’s early days as the token white guys at Def Jam Records through to the death of their creative soulmate Adam “MCA” Yauch in 2012.

And you know it’s on 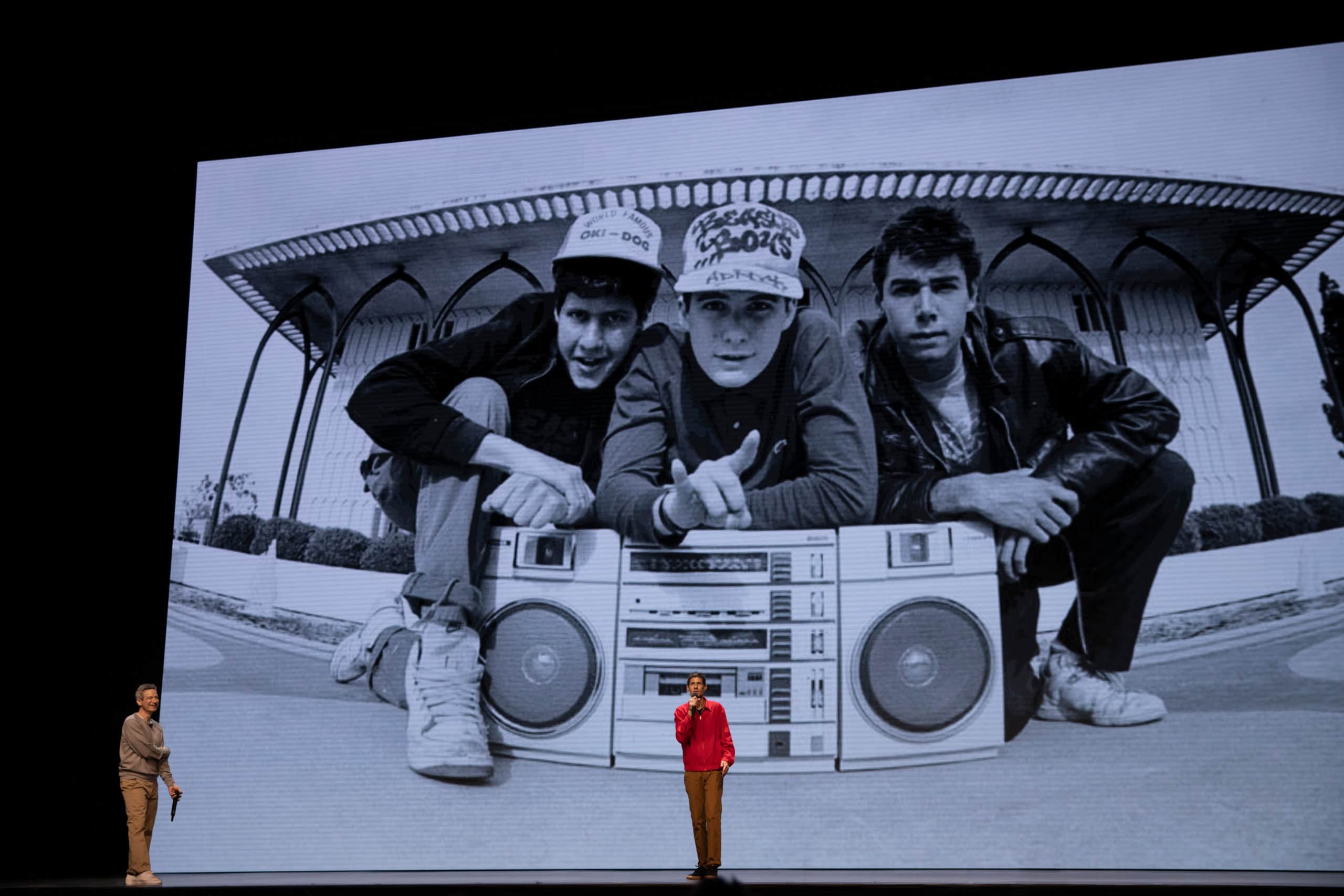 Transpiring as a record of their stage show, which Jonze helped them write, present and produce, the doc is one of the director’s finest feature films to date.

After decades as one of the greatest music video directors in America, this is the closest Jonze has come to producing something with the feeling of communal joy produced by something like Jonathan Demme‘s Talking Heads documentary, Stop Making Sense.

Jonze lets the two surviving Beastie Boys, Mike Diamond and Adam Horovitz, do most of the talking throughout the two-hour movie. However, his voice on the PA system apologizing for the occasional technical snafu serves a few necessary purposes, though. Jonze reminds the audience of the function of direction — so key to the Beasties’ artistic success — and also of the many collaborators who helped the group grow to become a global force. And, lastly, of the missing Yauch.

An incredible melancholy persists throughout the laughter and riches the Beasties catalog through their first decade as a group. There’s a sense that the people they left behind, Yauch foremost among them, are more important than the art the three emcees created together. Yauch in particular was so much the driving and creative force of some of their most endearing work.

The winning irony of Mike D and Ad-Rock standing in for the legacy of the Beastie Boys is that it becomes all the more affecting when they speak openly about their losses and bad decisions and seem unprepared throughout.

Diamond and Horovitz give the clear impression that they never expected their improvisations and basement tapes to create a massive crater in pop culture. They were just along for a wild ride. Taking stock of their legacy is just one of 10,000 fringe benefits from spending their lives with their best friends, doing what they loved.

That Beastie Boys Story can preserve the lovely feeling of two guys looking back on their highest highs and lowest lows — almost incidental to the world of music they helped create — is its chief highlight, though by no means the only one.

Scout Tafoya is a film and TV critic, director and creator of the long-running video essay series The Unloved for RogerEbert.com. He has written for The Village Voice, Film Comment, The Los Angeles Review of Books and Nylon Magazine. He is the director of 25 feature films, and the author of more than 300 video essays, which can be found at Patreon.com/honorszombie.