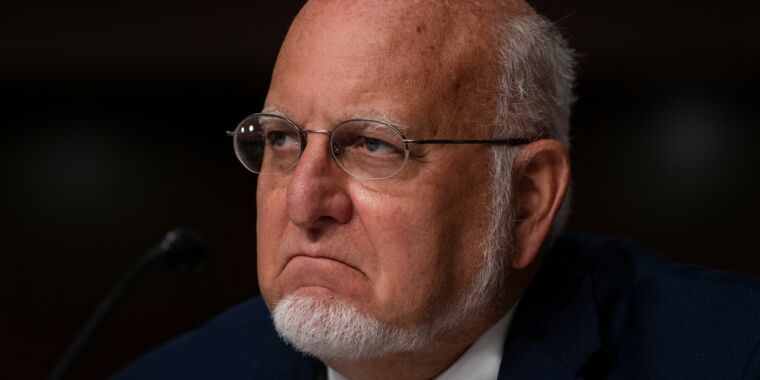 “This will go down as a colossal failure of the public health system of this country.” 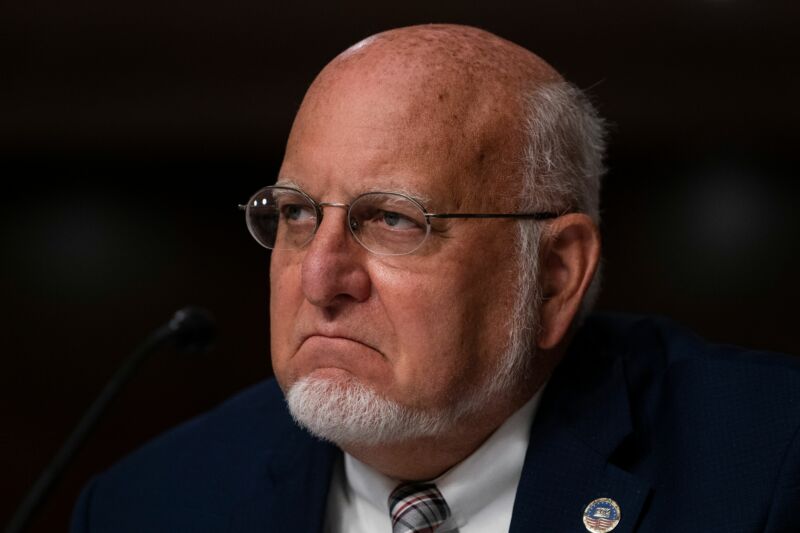 “The White House will, of course, respond with fury,” Dr. Foege wrote of his plan, first made public by USA Today Tuesday. “But you will have right on your side. Like Martin Luther, you can say, ‘Here I stand, I cannot do otherwise.’” Peacefully resigning will not be enough to force change, Foege added. “When they fire you, this will be a multi-week story and you can hold your head high.”

Foege, a former CDC director under the Carter and Reagan administrations, has not been a vocal critic of the Trump administration. But, in his letter to Dr. Redfield, he didn’t hold back on his acerbic take of how the White House has handled the pandemic while damaging and sidelining the CDC in the process.

“Despite the White House spin attempts, this will go down as a colossal failure of the public health system of this country,” Foege wrote, calling the country’s poor response a “tragedy” and “a slaughter… not just a political dispute.”

“The public health texts of the future will use this as a lesson on how not to handle an infectious disease pandemic… The cause will be the incompetence and illogic of the White House program,” he added.

But Foege’s letter wasn’t simply a rebuke of the administration’s response. In it, he drew upon his extensive and widely revered career in public health—helping to eradicate smallpox, working to boost childhood vaccination, fighting Guinea worm disease, polio, and measles, and working to eliminate river blindness. And he pinpointed exactly what went wrong with the COVID-19 response, as well as what needs to be done to right it.

“The failure of the White House to put CDC in charge has resulted in the violation of every lesson learned in the last 75 years that made CDC the gold standard for public health in the world,” he wrote. After just six months of the Trump administration’s meddling in CDC policy and guidance, “they have caused the CDC to go from gold to tarnished brass.”

Prime among the offenses is that the Trump administration’s political meddling has led the public and journalists to mistrust information provided by the CDC. Many have lost faith in the once-premier agency after repeated interference, which extended to the agency’s guidance on COVID-19 testing, mask usage, the timeline for vaccination, school risks and reopening, hospital data collection, and the release of CDC COVID-19 case studies. At this point, Foege notes, people turn to academic researchers and not the CDC for the truth.

Next, Foege points to a lack of a coherent federal plan, which forced all 50 states to develop their own individual plans, often in competition with each other. This lack of cohesion extended to a lack of coalitions on public health measures and responses—an aspect of the response “ignored as the President thrives instead on causing divisions,” he writes.

Foege also criticized the administration’s failure to be involved in international responses and collaboration, noting the president’s “America First” policy—a policy that “mocks what we learned in Sunday School and leaves us on the outside of the global public health community.”

Last, he writes, is the public health lesson that “the best decisions are based on the best science while the best results are based on the best management.” Foege points to the dysfunction of the White House coronavirus task force and its inclusion of Scott Atlas, a neuroradiologist who has no infectious disease expertise and has been described as the “anti-Fauci.” Atlas has made numerous unsupported and troubling claims amid the pandemic and “doesn’t understand herd immunity,” Foege notes.

“The White House has rejected both science and good management,” he concluded simply.

To get the CDC back on track and in a place where it can quash the country’s COVID-19 epidemic, Foege advises Redfield to send a letter to every CDC employee. “At the moment, they feel you accepted the White House orders without sufficient resistance,” he wrote, noting that he is in touch with many current and former CDC employees. The letter should lay out exactly how the White House sidelined the director of the CDC, Foege wrote.

“You could, upfront, acknowledge the tragedy of responding poorly, apologize for what has happened and your role in acquiescing, set a course for how CDC would now lead the country if there was no political interference, give them the ability to report such interference to a neutral ombudsman, and assure them that you will defend their attempts to save this country,” he wrote. “Don’t shy away from the fact this has been an unacceptable toll on our country. It is a slaughter and not just political dispute.”

And as for Redfield’s own legacy in this historic pandemic, Foege cautions: “You don’t want to be seen in the future as forsaking your role as a servant to the public in order to become a servant to a corrupt president.”

This effort will be difficult and will result in termination, Foege acknowledged in his letter. But it’s a statement that could change the course of the pandemic. Though Foege sent the letter to Redfield last month, in an interview with USA Today, he held out hope: “Dr. Redfield could still be a savior in all of this.”