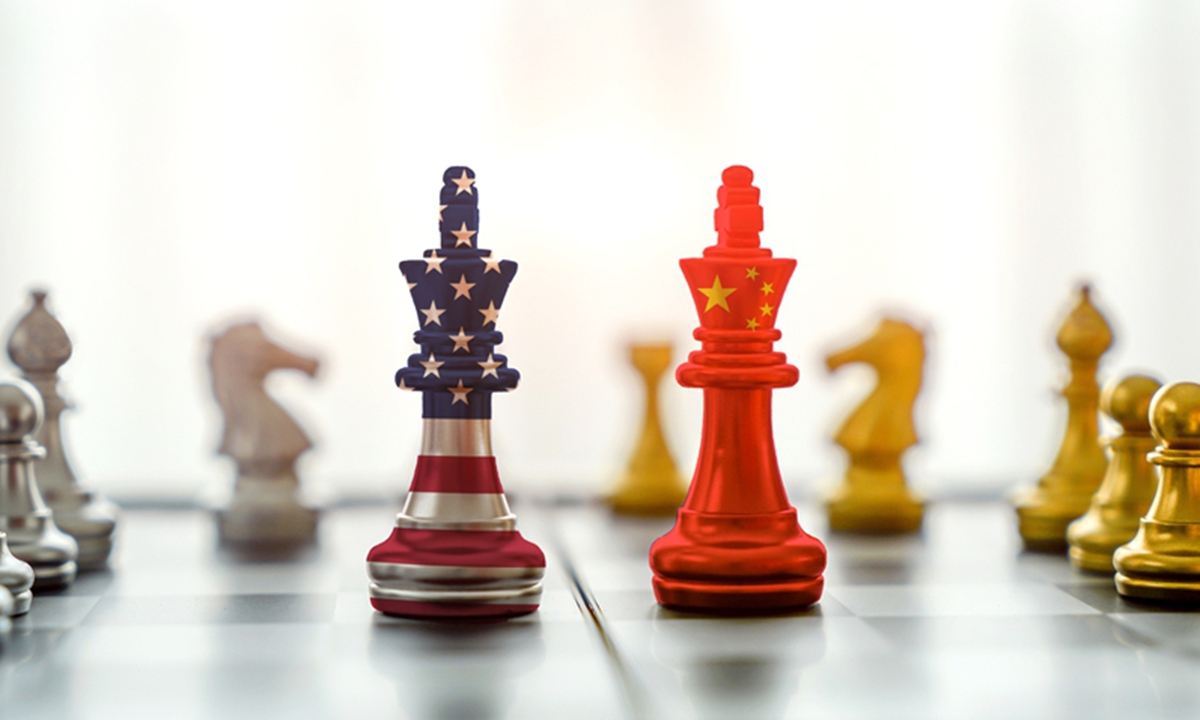 The world is closely watching whether US President Joe Biden will successfully unite American alliances during his first major multilateral engagement as president with leaders from the Group of Seven nations (G7) in a virtual meeting on Friday to deal with the challenges from China and Russia.

The G7 meeting draws closely on the heels of the meetings of the 30-member NATO on Wednesday and Thursday, in which the world’s most powerful military allies reportedly discussed an array of challenges including those from China and Russia. The US Secretary of State Antony Blinken on Thursday also met virtually with his counterparts from Japan, Australia and India in the “Quad” framework.

All these meetings have shed light on the Biden administration’s strategic plans – the US would not alter its perception of seeing China as its main competitor or going further to contain China despite the international community has high anticipation for the restoration of ties between China and the US as the two leaders shared a phone call during the Lunar Chinese New Year.

Despite the Biden administration’s eagerness to tout the idea of seeing China and Russia as major rivals, US allies may not closely follow the US in waging a new cold war as the G7’s perceptions regarding China and Russia are divided and the US cannot fulfill what they need and want, analysts said.

Biden, who took over from Trump on January 20, has conveyed a message of re-engagement with the world and global institutions by bringing the US back into the WHO and rejoining the Paris accord.

The White House said in Friday’s meeting, Biden would focus his remarks on a global response to COVID-19 vaccine production and distribution as well as the importance of updating global rules to tackle economic challenges such as those posed by China.

Experts noted that choosing the G7 meeting as his first debut in a multilateral setting instead of other events like Davos attended by more new emerging economies shows the US is still relying on its small clique, which will not help the US recover its past glories.

The Biden administration’s policy toward China and Russia is clear – strategic competition, and it has become a bipartisan consensus upheld by every administration. The other G7 nations are all US allies in the West and the US wants to use the opportunity to create new enemies to unite allies, Li Haidong, a professor at the Institute of International Relations at China Foreign Affairs University, told the Global Times.

Aside from appeasing its allies from the divergence and distrust brought by Donald Trump, the Biden administration also wants to regain the leadership of the “democratic world” and return to the center of the global stage, analysts said.

The US treats the alliance system left over from the Cold War as its most valuable strategic resource in the competition with China and Russia, and would use every chance to rally its allies or draw even more partners globally to cement its political and economic leadership, Li noted.

“The choreographed appearance in the G7 meeting reflects the essence of the Democratic Party: soft on the outside while hard on the inside. That is to say, when it talks about tackling challenges posed by China, it actually means besieging China,” Chen Fengying, a research fellow at the China Institutes of Contemporary International Relations, told the Global Times on Thursday.

Chen pointed out that the group will likely continue to draw their lines on “values” such as human rights and affairs related to China’s Xinjiang Uygur Autonomous Region and Hong Kong, but will unlikely change their position on economic and currency cooperation with China.

Chen warned that China should remain on high alert

regarding the US’ attempt to build a “little NATO” from the Atlantic to the Pacific Ocean, potentially drawing Japan and India to pressure China in military and advanced technologies. Hard to reuniteChina is now the EU’s biggest trading partner, overtaking the US in 2020. Analysts noted that this has helped the EU gain bargaining chips with the US and it also raised questions on whether the US’ ambition to rally allies would be realized.

Wang Yiwei, director of the Institute of International Affairs at Renmin University of China in Beijing, said what Biden wants to do at the G7 meeting is like putting “new wine into an old bottle,” but it will not succeed as the attitude of other G7 countries and their policies toward China differ.

“Not all of them see China as the ‘enemy’ such as France and Germany. Even Japan, one of the US’ most important allies in Asia may not view China as an ‘enemy.’ Under such circumstances, few of them would choose a side and a new ‘cold war’ is not in line with their interests,” Wang told the Global Times on Thursday.

More importantly, what benefits would Biden bring to the alliances? Wang asked, noting that the US cannot help Europe gain strategic independence or digital sovereignty like the bloc has longed for, neither can it help Japan solve its new energy problem.

Such an “alliance” will not last long, he said.

“China and Russia are not willing to engage in an ideological confrontation with the West, and both of them are deeply intertwined with the West in fields like trade, energy, climate change and so on, so European countries won’t fully obey the US’ demands,” Yang Jin, an expert at the Institute of Russian, Eastern European and Central Asian Studies at the Chinese Academy of Social Sciences, told the Global Times on Thursday.

Some strategies to split China and Russia have often been popular in the US. For example, former US National Security Advisor Zbigniew Brzezinski once warned that Washington “must be wary of the great danger that China and Russia might form a strategic alliance” and together with other US strategists, they put forward the idea of drawing in Russia to contain China.

However, currently, the US has lost the capability to do so and there is no way left for the West and the US to successfully contain China and Russia, which have stepped into different patterns of development, analysts said.

Russian Deputy Foreign Minister Sergei Ryabkov warned Wednesday that Russia could start pursuing a “policy of active containment” on the US if Washington continued its pressure on Moscow.

“If the US policy remains the same, if it keeps pressing and pushing as a key element, it means that we will pursue a policy of active containment of the US in all directions,” said Ryabkov to state-run news agency RIA.

China-Russia ties today are not like China-Soviet ties in the past. Hostility and pressure from the US is automatically pushing China and Russia to stand side by side and back to back, which makes instigation from the US impossible, said experts.

There are no boundaries and no off-limits in China-Russia strategic cooperation. Both sides have made some tough responses to the West when the US and its allies provoked and harmed their interests, but this kind of reasonable retaliation is “necessary in correcting the wrongdoings made by the West,” Yang said.

He noted that competition and friction among the US, Europe, Russia and China have always existed over the past few decades, and these have not prevented them from cooperating with each other.