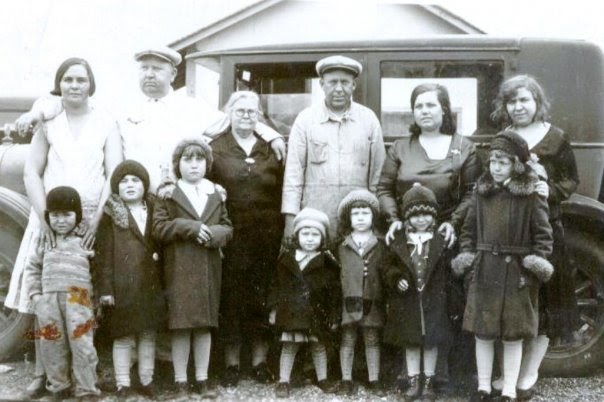 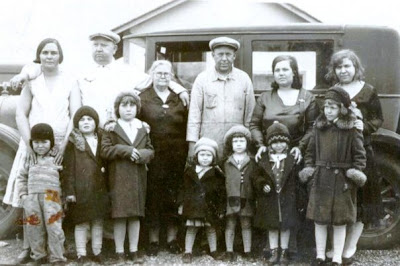 In my last post, I mentioned our family’s “Alias Smith and Jones” story. I hope I can tell it briefly. My step-mother (“Mom”) was Phyllis Jones (front row 3rd from left in photo) and her father was Henry James “Jim” Jones (back row, 2nd from left). Mom would accompany my dad to family reunions or conventions for his family (Germans from Russia), but she stated more than once that she wasn’t going to talk about her family’s history. It was her belief that “what we made of our lives was more important than where or who we came from”. As I grew up I knew that Mom had an older half-sister—from a previous marriage by her dad, but I didn’t know who her dad had been married to. Her dad died in 1976, my Mom died in 1997 and her older half-sister Katherine died in 2000.

I began my genealogical quest in 1999, but it wasn’t until nearly 5 years later that I had gathered enough information on my maternal and paternal lines that I was finally ready to do some searching on my step-mother’s family. I was still curious about the identity of Katherine’s mom. In the back of my mind, I also wondered why that marriage was never talked about in our family, and why my step-mom was so adamant about not researching her family history. 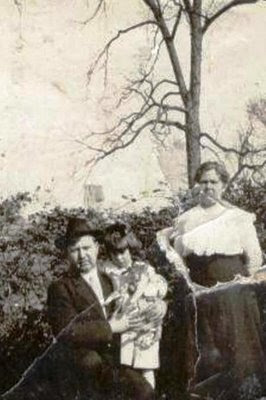 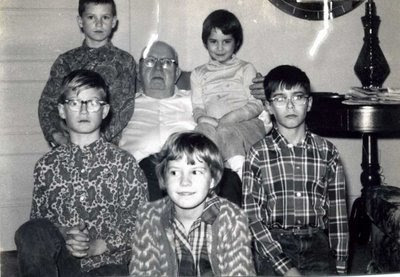 another “cousin” who finally shed light on this story. It’s from this same cousin that I’ve received the photos that are included with this story.

I learned that my Grandpa Jim Jones was actually born James Robert Smith. “Grandpa Smith”? Or “Grandpa Jones”? I can’t tell you what a surprise that was. My Grandpa Jones

This story was never told in the family while Jim or his daughter Katherine were alive. I don’t konw if my mother knew the circumstances of her dad becoming Jim Jones instead of Jim Smith. I think she must have and that’s why she didn’t want to discuss her family’s history. But those of us who now know the story find it quite fascinating. It shows us the integrity Grandpa Jones displayed in moving his daughter out of a destructive home. Grandpa eventually married a second time to a very loving wife and had three children, the oldest of whom was my step-mother. That wife was very loving to Katherine and gave her the “mother” she needed and the love and respect she deserved. In the photo at right is Jim Smith with his daughter and his mother.

In our family, we call this the “Alias Smith and Jones Story”. I’ve omitted many details for the sake of brevity in this posting, but I think you’ll get the idea. I certainly learned that you can’t research a family’s history when you don’t have the correct information! I spent years looking for the ancestry of Henry James Jones. Thanks to my cousin in Oklahoma, I know the ancestry of James Robert Smith—my Grandpa

Packhorse Bridge in Prestolee restored to to former glory