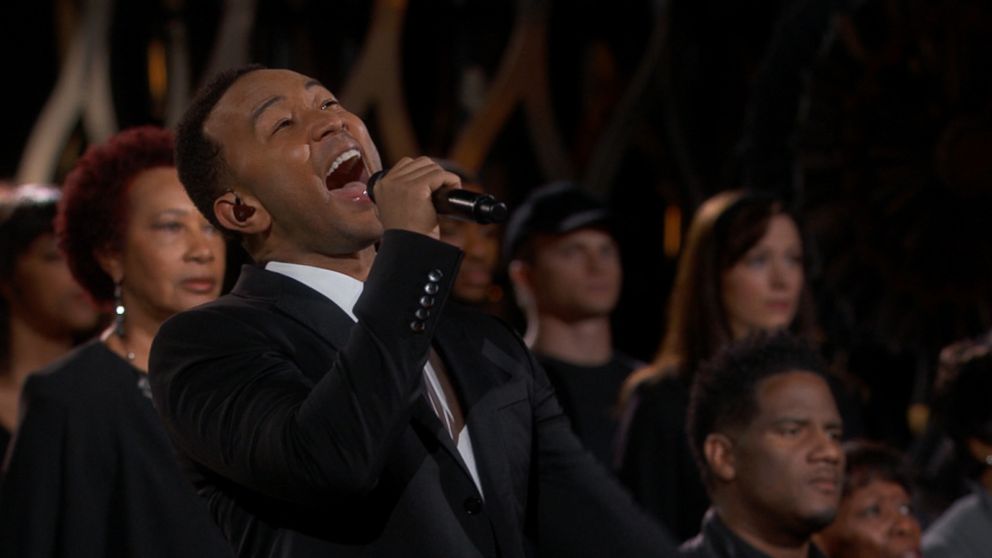  —
After a tear-jerking performance, John Legend and Common predictably won the Oscar for “Glory” from the film, “Selma.”

The two performed in front of a backdrop of Alabama’s Edmund Pettus Bridge, where hundreds walked across in 1965 for the right to vote. It’s also the same bridge depicted in the Oscar-nominated film, “Selma.”

Joined by a plain-clothed choir, the performance brought the audience to their feet and tears to the eyes of “Selma” star David Oyelowo, who portrayed Martin Luther King, Jr. in the film, and even “Into the Woods” actor Chris Pine.

Afterwards, when Common accepted the Oscar for Best Original Song he explained that the bridge “was once a landmark of a divided nation, but now it’s a symbol for change.” John Legend added that “Selma is now, because the struggle for justice is right now.”

Legend later said he felt “lifted” during the performance.

“It felt like something special was happening, and then we finished and everyone was crying, people were standing, I felt so much love in the room,” he told ABC’s Robin Roberts.

“I felt like we were paying honor to Dr. King and all these people that fought for us and stood up for us. I felt like they were coming through the music,” Common added.

On Your Feet! The Story of Emilio and Gloria Estefan Tickets – Musical Tickets