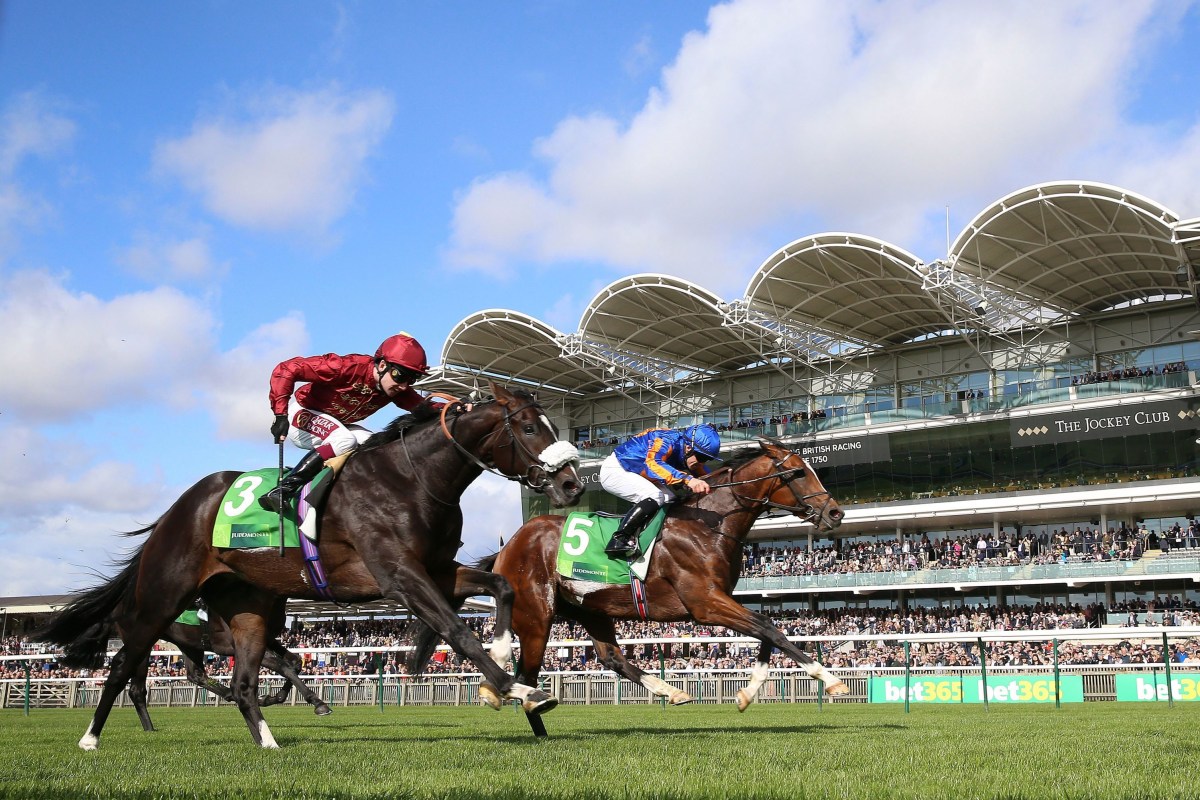 OISIN Murphy reckons the pressure is on team Pinatubo ahead of a mouthwatering 2000 Guineas.

The champion jockey will get the leg up on Andrew Balding’s stable star Kameko in the first Classic of the season at Newmarket.

Kameko (left) is a 12-1 shot for the GuineasCredit: PA:Press Association

He is a 12-1 shot with Ladbrokes following a runaway win in the Vertem Futurity Trophy in November, with the unbeaten Pinatubo a red-hot 10-11 jolly.

And Murphy, 24, reckons his colt has what it takes to serve it up to the favourite at the Rowley Mile on 6 June.

Murphy told Sun Racing: “Pinatubo was an outstanding two-year-old, he was faultless on the track and the experts say he was the best juvenile since Frankel.

“So there will be a weight of expectation when he steps out again – the pressure will be on.

Don’t miss out on all the best of Sun Racing

“Our horse has done very well from two to three and we can’t wait to get him going.”

Murphy continued: “He looks a picture at the moment. He has always been a strong-bodied horse and he has done really well over the winter.

“He is a relaxed character which has always been one of his best assets. He was a little green at times last year but he always settled well and is a pleasure to ride.

“He has a great turn of foot and he is in great form at home. We really couldn’t be happier at this stage.”

Kameko was a beaten favourite on his only previous start at Newmarket in the Royal Lodge, when he appeared to drift right in the dip.

But his jockey believes that experience will stand him in good stead and has no concerns about the track.

Murphy said: “He was still a very immature horse when he was second in the Royal Lodge and I think he will be a different beast going forward.

“It doesn’t hurt to have experience of the track and his first two runs came at Sandown, which isn’t just uphill, there are a few ridges so I’m confident he is ready for that sort of test.”

Men are returning to them, on the advice of public health officials.