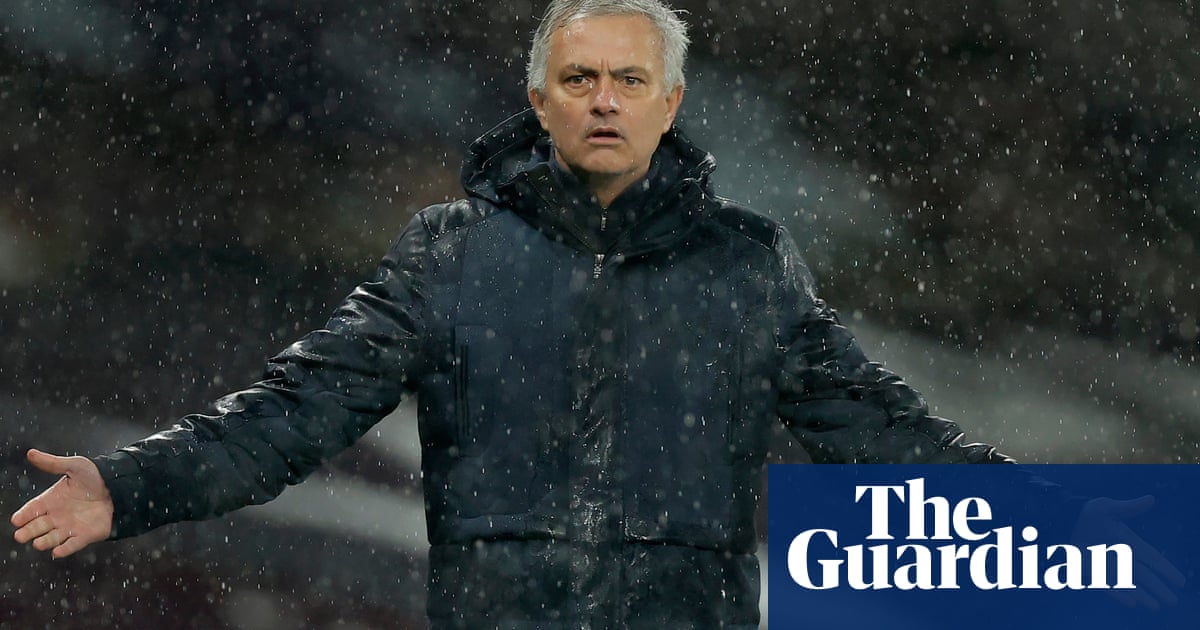 On Thursday evening, a mere three hours after The Fiver’s jobby extravaganza, in which we took advantage of legitimate journalistic reasons to write about jobby and use the word jobby, Tottenham Hotspur took to the field at their pristine stadium and set about defiling it with what appeared to be some sort of still-life tribute to the work of Italian conceptual artist Piero Manzoni. Either that, or it was a garden-variety dirty protest. There must have been something in the air.

Exactly what José Mourinho was trying to achieve is a question that may never be satisfactorily answered by historians. At times like these, it’s normal practice to sound the Blanchflower Klaxon of Glory and compare the sweet, smooth, romantic notes spilling from the horn to the parping, honking, squelching mess that is modern-day Spurs. Danny’s Lester Young, if you will, to José’s GG Allin. But such was the paucity of Tottenham’s performance against Chelsea, that would only belabour the point. Might as well just compare it to something from the George Graham era. You’d come to the same stark conclusion, albeit ending up even more dismayed, distressed and depressed.

Saddest thing is, when Spurs finally came out of their glory hole, with about 10 minutes to go, they started to play some decent stuff. Érik Lamela forced Édouard Mendy into a fingertip save, Carlos Vinícius should have equalised with a header, and Pierre-Emile Højbjerg, Son Heung-min and Lucas Moura made their way gracefully down the channel to set up Son with his only half-chance of the game. It’s almost as though they’d have won in style, and with a flourish, if only they’d been let off the leash for the full 90. Oh for the glory, glory days of Christian Gross.

It’s a bit early for José’s old tried-and-tested third-season shenanigans, though it does make you wonder what his endgame is. That may become clearer should they park the portable loo again for the visit of Sam Allardyce’s constipated West Brom side on Sunday. That would really test the Tottenham faithful’s patience, at which point the board may consider wheeling out the Weecha that sent poor old Bobby Bulloch arcing off to the Jobby Centre. Does anybody have a spare ladle and a spring?

QUOTE OF THE DAY 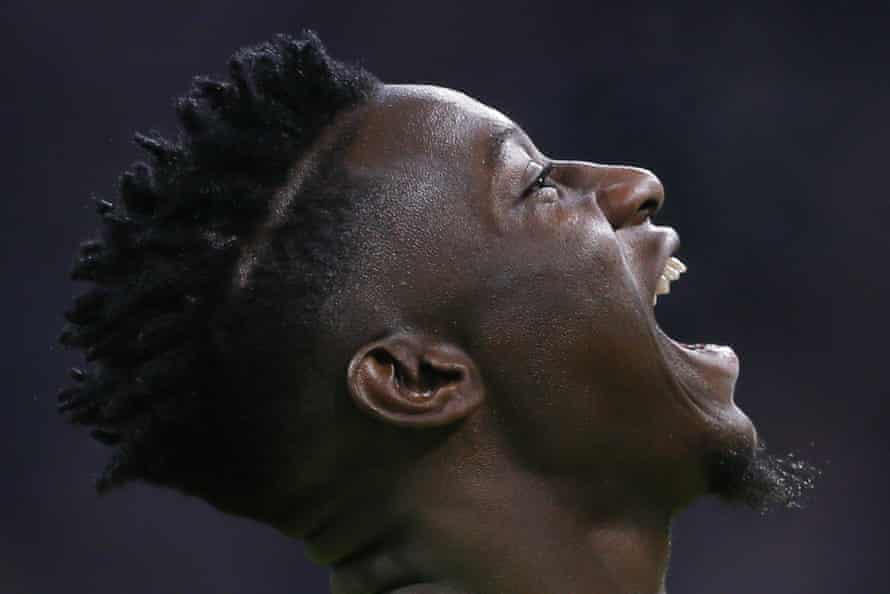 One year on the naughty step for André. Photograph: Peter de Jong/AP

“So, Bobby Bulloch has the decency to do his business off mic and gets squeezed out of his commentator role (yesterday’s Fiver), while The Fiver has been leaving a fresh mess in my inbox five days a week for however many years now and not a peep from Big Paper! Where’s the accountability?” – Marcus Ladd.

“Re: the ‘in pursuit of excellence’ motto (Fiver letters passim). Since we’re apparently doing an entire week on it, I’m reminded that the final words of TS Garp, of John Irving’s novel The World According to Garp, were: ‘I have always known that the pursuit of excellence is a lethal habit.’ If only someone had told Sunderland earlier” – Tom Whiteley.

“In the week that Liverpool fruitlessly huffed and puffed to produce a blank against Brighton, a look at football scores around the world showed that at least some folks with relevant names were able to put the ball in the net. A Fabinho got on the scoresheet for Ceará in Brazil’s Série A, a Gomez scored for Kerala in the Indian Super League and – perhaps most poignantly – actual former Red Fabio

“I go away for a month (metaphorically rather than physically given that we’re in a lockdown and I’m not Rita Ora) and come back to the letters reduced to lookalikes (yesterday’s Fiver letters). Still, if you can’t beat them, join them and all that. I see Pep Guardiola has seemingly decided he’s got the Premier League in the bag already, so has taken to diversifying his portfolio under a pseudonym. Although, personally, I would have thought he was more of a La Vanguardia man” – Noble Francis.

Send your letters to [email protected]. And you can always tweet The Fiver via @guardian_sport. Today’s winner of our prizeless letter o’the day prize is … Marcus Ladd.

Meanwhile, Liverpool have been barred from playing the first leg of their Big Cup match in Leipzig due to Covid restrictions, which means they will presumably have to dominate possession and lose 1-0 on neutral territory instead.

Steve Bruce is fed up with what he perceives to be tinfoil hat-wearing whoppers claiming that Graeme Jones was appointed Newcastle assistant as a precursor to replacing him as boss. “He was my first choice,” barked Bruce. “I wish I could put all these conspiracies to bed.”

David Moyes definitely likes what he sees in J-Lingz after a dancing West Ham debut, but he’s aware the feeling might not be mutual. “Jesse’s going to get a good chance to see what he thinks of us and whether he likes it,” he cooed. “We don’t want to put too much pressure on him.” 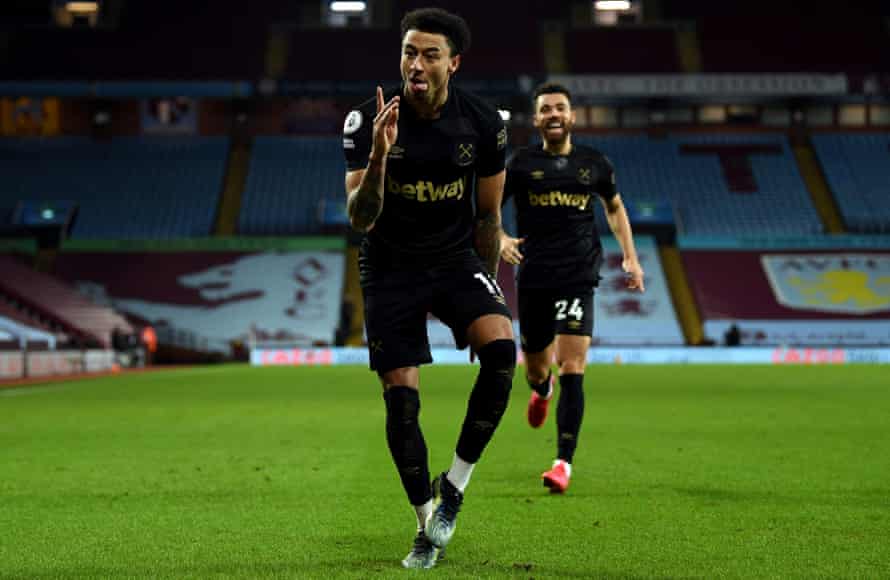 ‘I bet that you look good on the dance floor.’ Photograph: Shaun Botterill/Getty Images

2015’s Odion Ighalo has opted to line his considerable pockets with riyal in Saudi Arabia after scrawling his name all over a contract at Al Shabab.

And plans for a Sean Dyche comedy DVD might need to be shelved. “If you try to have a joke or a one-liner or fun about anything, it’s turned around on you,” sniffed Dyche, whose stand-up debut made The Fiver look funny. “It’s a shame but that’s modern life, I get that.”

It’s only Gabriel Jesus chewing the fat with Josué Seixas.

Pernille Harder gets her chat on with Nick Ames about equality in football and going on strike in Denmark. 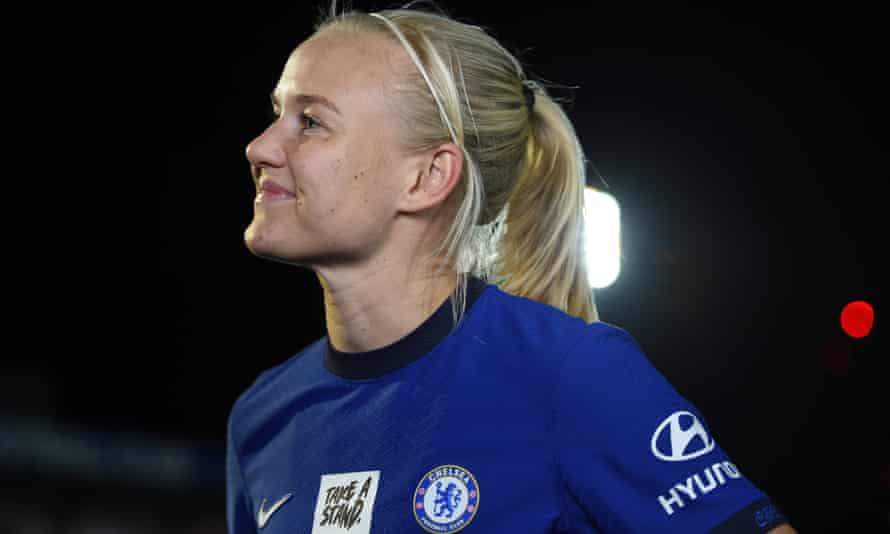 ‘Everything can happen as long as you work hard for it,’ says Pernille Harder, in advice The Fiver doesn’t really understand. Photograph: Harriet Lander – Chelsea FC/Chelsea FC/Getty Images

Here’s Barney Ronay on how José Mourinho’s rigid thinking made Spurs look like the cast of Walking Dead.

Oh, and if it’s your thing … you can follow Big Website on Big Social FaceSpace. And INSTACHAT, TOO!