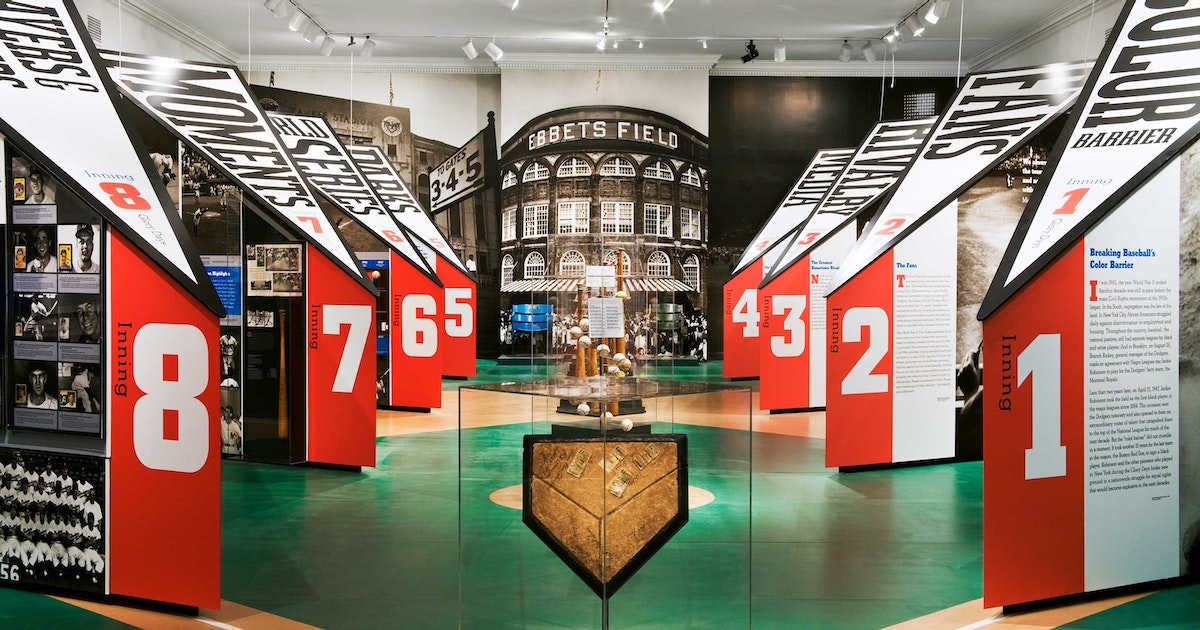 The Glory Days: New York Baseball 1947-1957, an exhibition at the Museum of the City of New York, designed by Pentagram, celebrates the remarkable achievements, personalities and spirit of baseball in New York between 1947 and 1957 when the city was home to three major league teams: the Yankees, the Brooklyn Dodgers and the New York Giants. For eleven seasons, these teams dominated the sport playing in ten World Series, seven of which were Subway Series, with rosters that included Jackie Robinson, Mickey Mantle and Willie Mays.

The exhibition relates the history of this heyday through archival photographs, film footage, memorabilia and ephemera from

the Museum of the City of New York, the Baseball Hall of Fame and private collections. Many of the objects in the exhibition have never before been publicly displayed. The exhibition highlights this plethora of memorabilia, as well as exhibition text and interactive displays, through three different kinds of large custom-designed vitrines. Evoking the spirit of the game, the floor of the main exhibition room has been painted with a scaled drawing of a major league baseball field that creates the impression of walking on a baseball diamond and the surrounding walls have been covered in a wallpaper of fourteen-foot archival photographs.

Thoughts about Thought: three minutes of glory in the morning’s story