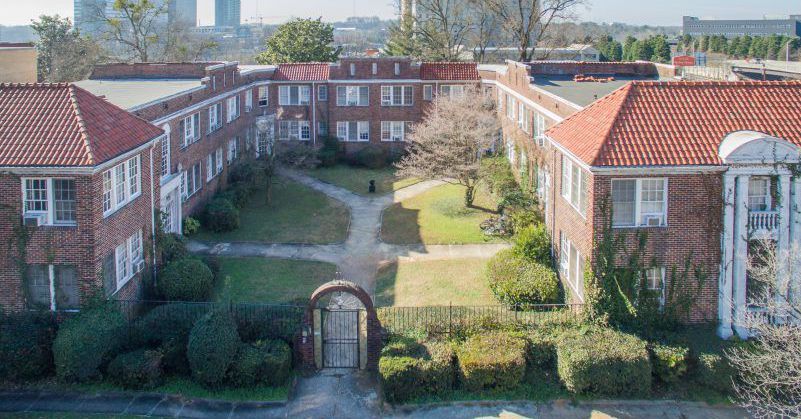 When the Winnwood Apartments hit the market a year ago, the 1930 property’s status as a Neoclassical Revival anomaly amidst so much concrete and glass in northern Midtown appeared in jeopardy.

Commercial brokers stressed that the .73-acre site where Peachtree and West Peachtree streets meet carried no historical protections or height restrictions, opening the door to high-density development with “expansive view corridors in every direction.”

But according to the Winnwood’s new owners, historic preservationists of Atlanta can breathe easier now.

The Peachtree Street land had been owned by same family for more than 100 years, the Whiteheads, who’d lived in a home previously on the site and sold when a patriarch, Cecil S. Whitehead, died a few years ago. The centerpiece is the ornamented but aged, 24-unit apartment building, built in the garden style around a courtyard.

Tenth Street Ventures, a development team that’s been active with other building conversions around the city, and partners Braden Fellman Group closed on the Winnwood in December. The price wasn’t disclosed.

TSV principal Brian McCarthy tells Curbed Atlanta the goal is to secure a historic designation (and tax credits) with the National Register of Historic Places, and then possibly double the Winnwood’s 24 units into updated, smaller “workforce housing” rentals while preserving the exteriors. 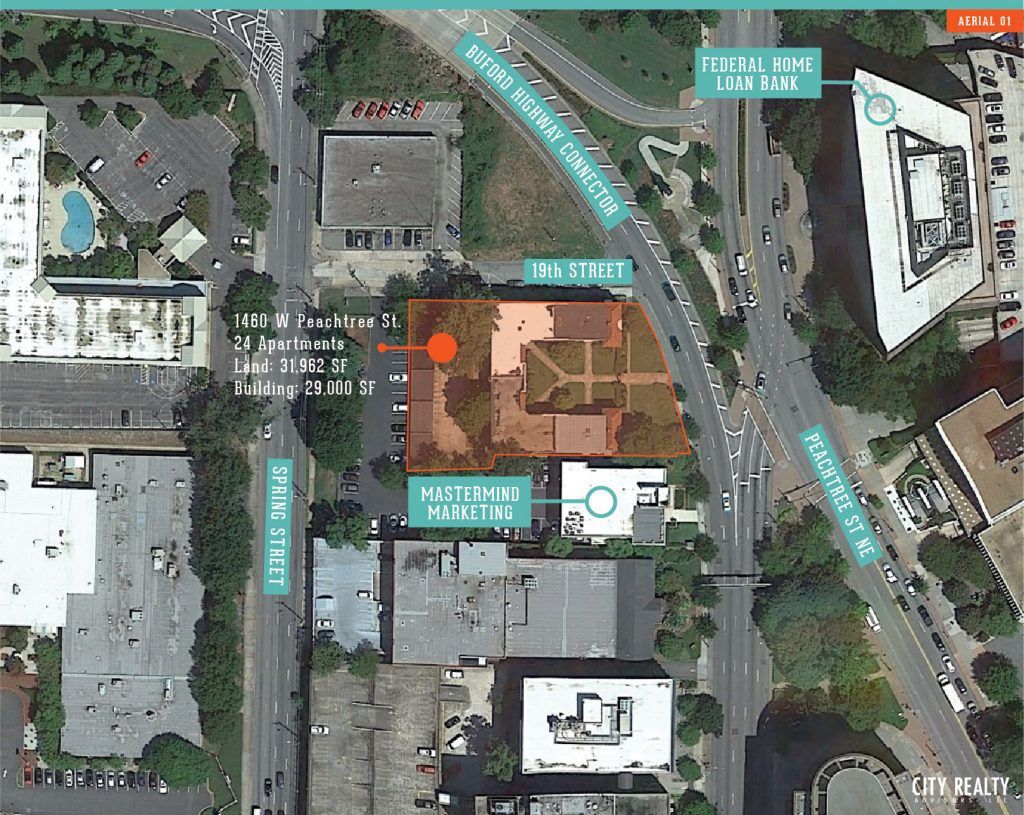 The property in the broader context of north Midtown.

It’s likely the building will exclusively offer studios and one-bedrooms “no doubt under $2,000 per month,” McCarthy says. Pending the historic designation, the goal is to open the revived complex within two years, possibly sooner.

“In our mindset,” says McCarthy, “the affordable, working-class way we’re going about it, having smaller units and more units for people to be able to live at a cheaper price, though maybe not necessarily with the same

size rooms, I think that helps the affordability factor in Atlanta.”

The sales broker and previous owner de-leased the whole property, though short-term leases are being extended for current renters now, prior to renovations, McCarthy says. 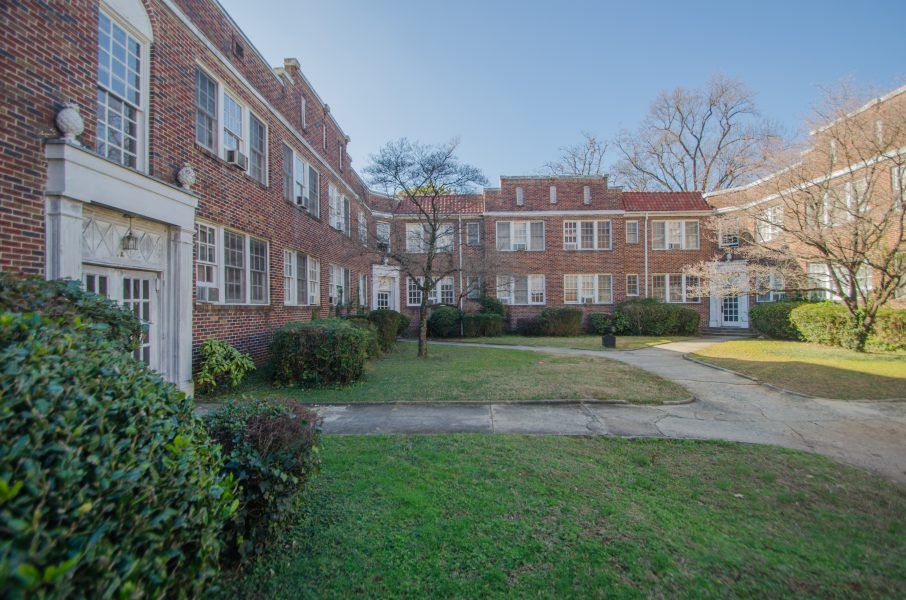 Facade detailing around the courtyard.

The same development team recently purchased three Decatur rental communities, with plans to renovate more than 100 units there, plus another cluster of garden-style apartments near Cheshire Bridge Road under redevelopment as “The Piet,” a planed hub of workforce housing.

Another TSV project in Midtown—the revised Studio9Forty apartments—has décor inspired by Studio 54. On the condo front, TSV remade a former 1924 rental community near Atlanta Memorial Park into Enclave at Peachtree Memorial, where 50 for-sale units start in the $200,000s.

At the Winnwood, McCarthy says the overall goal is to bring the building back to “its historic glory.” A parking lot behind the apartments could house a development in the future, but another facet of the property—vintage parking structures—would be protected under any historic designation, McCarthy says.

“This is one of the first buildings in Atlanta to ever actually have garages for cars, and one of the only garden-style properties like this that has those garages still standing,” McCarthy says. “There is potentially an opportunity of putting a pool back there, or utilizing those not necessarily as parking but potentially workspaces for SCAD students, maybe with audio equipment or a wood shop.

A view of garages deemed historically valuable behind the apartments, with Midtown beyond.

By signing up, you agree to our

and European users agree to the data transfer policy.

Charging to glory: How a Porsche Taycan set 13 EV records