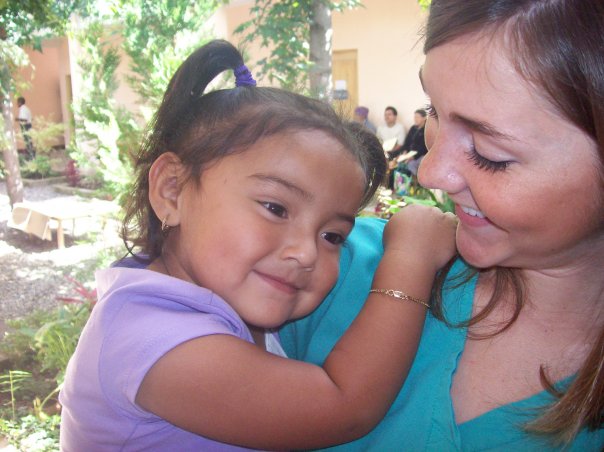 One of the advantages of wireless internet is being able to keep up with international news.  A few days ago a headline caught my eyes. “Abused child’s last words were: “mommy I love you” The child was saying those words as her mother and live in boyfriend were slamming the child’s head against the wall.  Love that hurts.  The world is broken and children are abused and hurt by the very people that should be loving and protecting them from harm.  The children at Morning Glory are not different than children around the world.  Many come from broken, abusive homes and their lives are filled with violence, anger and pain.  Over the years I have watched my broken children bloom and grow into beautiful, loving caring young people; kind of like a rose grows among the thorns.

One of the primary goals of Morning Glory is to provide a safe refuge for hurting children; a place where the unconditional love of God flows through us to the children.  Morning Glory must be a place where a child feels safe and meets the Heavenly Father in truth.  But loving comes at a cost, when we open our hearts to love we open our hearts to hurt and pain.  But the love that we give should never cause pain, but rather take the pain of the child upon our own shoulders made broader and stronger by years of testing.

This year we had planned to reduce our student load somewhat in order to have room for extracurricular classes and to lighten the load on our teachers.  The Guatemalan government decided to make public education 100% free, offering school supplies, text books and snack as an incentive to get as many children as possible into the schools.  Several of our parents, hurting with the worldwide economical crisis had expressed to us that they would be moving their children to public schools.  We made the decision to not fill the empty spaces with new children and thus supposedly we would have a few less students and a bit more space in overcrowded classrooms.  In theory it worked, and when school started all the classes instead of an average of 35 students had fewer than 30.  Then school started and one by one repentant parents began bringing children back.  One seven year old second grader went on a two day hunger strike to force his mom to bring him back, others threw temper fits, one little girl cried for days and the stories of children who refused to leave Morning Glory  went on until once again all the classrooms were overflowing with students.

One the fourth day of school a mother brought a special child me. Edwin is ten years old and has never gone to school.  Two years ago he was severely burned by firecrackers and his face and hands are terribly scarred.  Edwin is the brother of two Morning Glory students but we did not know of his existence because his family has kept him hidden away from strangers to protect him from harm.  Edwin’s brother and sister had convinced him that Miss Lori would love him no matter what he looked like and that she would not let anyone make fun of him.  So finally he got enough courage to ask his mom to bring him to school.  Of course we added one more desk to a crowded first grade room and Edwin became a part of us.  All the children readily accepted him and as children do, looked past the scars to his heart and made friends.  One little second grader punched a kid (not from our school) who waiting with his mom for the medical clinic dared to make fun of Edwin.  Not the right reaction but endearing anyway.  I admit I did have a bit of a hard time scolding the second grader.  Actually to be quite honest I spent more time talking to the mom about how we educate our children than I did scolding the second grader.

The most tragic thing about Edwin is that the scars on his face had made it impossible for him to close his eyes, ever.  Since he could never blink or shut his eyes constant infection became a part of his life.  His ears had healed folded forward, causing ear infections and making it hard for him to hear.  Because of his family’s poverty Edwin had never seen a plastic surgeon.  Obviously God’s hand was at work, on Monday of the week after Edwin became a part of the Morning Glory family a plastic surgeon from Italy came to the hospital as part of the annual medical clinic with doctors and nurses from Italy.  Tim took Edwin in first thing on Monday morning to see what could be done.  He spent a long eight hours in surgery on Wednesday and the long process of facial reconstruction was started.  Edwin can now close his eyes and his ear lobes are in the right place.  A child stepped out on faith and God made a way.

He will be several weeks in recovery but in the meantime his teacher has prepared special lessons for him to continue at home.

I am reminded once again of the little boy who asked me years ago:  “Miss Lori, Why do you love us?”  The answer?  “Because God up in heaven loved me and since He cannot come down and hold you, or kiss your hurts away, wash your skinned up knee, dry your tears, He uses our arms, hands and hearts to show His love to the hurting masses.”  You see God’s love never hurts. Instead He takes our hurt upon Himself and carries our burdens on His shoulders.  Paul said it best in the thirteenth chapter of his letter to the Corinthians:

Love is not happy with evil. But it is full of joy when the truth is spoken.  It always protects. It always trusts. It always hopes. It never gives up.

So there my friends, is love that does not hurt.  At Morning Glory God has called us to stand between our children and the hurt that the world would inflict upon them.  Morning Glory is a refuge, a safe place to grow, to learn and to be a child.  It is a special place where the Holy Spirit ministers healing and love.

I am amazed and stand in awe that God would allow me to be a small part of His Eternal plan.

His love flows through each prayer, each offering, and each sacrificial gift of every single person that is a part of the Morning Glory Miracle.  His love reaches out and touches hearts and lives because you care and you give of yourself, your prayers and your resources so that children in Guatemala can know the love of God that does not hurt.