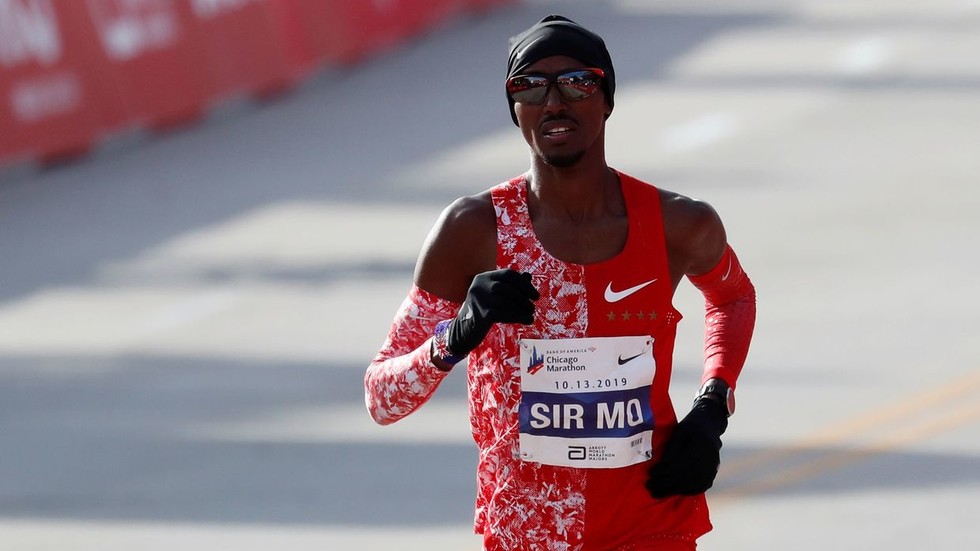 Once hailed as Britain’s greatest ever track and field Olympian, Mo Farah is rapidly losing the benefit of the doubt over his association with disgraced former coach Alberto Salazar.

Farah is feeling the heat after it was reported he issued denials to US anti-doping investigators back in 2015 over his use of a controversial supplement, L-carnitine, only to then reverse his story.

Already in damage limitation mode over his ties to Salazar – who was banned for four years in 2019 over doping violations – Farah is now contemplating the complete unravelling of the legacy he amassed through his four Olympic gold medals and six world titles.

Indeed, after outrunning so many rivals on the track, this is one scandal the 36-year-old is struggling to show a clean pair of heels to.

The latest claims, outlined in a BBC Panorama investigation, center on an abrupt U-turn Farah made regarding his use of L-carnitine – a performance-enhancing supplement legal in limited doses under the WADA rules – before the London Marathon in 2014.

According to a transcript of an interview with US Anti-Doping Agency officials the following year – as part of their investigations into his then-coach Salazar – Farah initially flat-out denied having been given L-carnitine before the race, but then backtracked.

“You’re absolutely sure that you didn’t have a doctor put a butterfly needle into your arm and inject L-carnitine a few days before the London marathon?” the question was put to Farah.

But after consulting with a UK Athletics official, Farah then changed his story with the kind of speed usually reserved for when he’s tearing down the home straight.

“I just wanted to come clear, sorry guys, and I did take it at the time and I thought I didn’t,” he promptly admitted.

Now if alarm bells are ringing, that’s probably because they should be.

Did it really slip Farah’s memory – as he and his team have claimed – that he had been given the supplement?

Was he simply trying – for whatever reason – to initially cover up the injection?

Or, equally as disturbing, did Farah simply not have a clear idea about what was being put into his body at that time?

What we do know, according to the BBC investigation, is that UK Athletics officials had serious concerns over Farah being given the injection in the first place – even if it was within legal limits.

“Whilst this process is completely within the WADA code there is a philosophical argument about whether this is within the ‘spirit of the sport,'” one email exchange read in the period before the 2014 London Marathon.

“Although Alberto [Salazar] and Mo [Farah] have expectations about doing this, we are not at a point where we can’t pull out,” it added.

To further muddy the waters, the supplement in the concentrated form which Farah’s team wanted to use was not available in the UK, meaning they turned to a Salazar contact in Switzerland to source it.

It has already been revealed that UK Athletics’ then-chief medical officer did not record any of this in official records, merely insisting that the amount administered to Farah was well within the allowed 50ml limit.

Farah himself recently said: “I wish at this point I’d never taken it because it never did anything for me. I ran sh*t that day.”

The doubts and denials have now deepened further about Farah’s relationship with the disgraced Salazar – a man whose four-year ban partly came from breaching the rules on administering L-carnitine to other athletes he worked with.

It is also the substance which, after one experiment in 2011, caused such excitement in Salazar that he famously emailed cycling’s doping king, Lance Armstrong, raving about the benefits of infusing it in large amounts.

“Call me ASAP! We have tested it and it’s amazing!” Salazar enthused.

Farah, it must be pointed out, is not named in any of the USADA accusations against Salazar, and he also insists he was completely unaware of any wrongdoing at Salazar’s infamous and now-defunct Nike Oregon Project.

Salazar himself continues to deny any wrongdoing regarding the athletes he worked with.

But while Farah will resent being mentioned in any kind of conversation involving the likes of Armstrong, his association with Salazar makes that increasingly inevitable.

Salazar was a man clearly willing to push the boundaries of what was acceptable, and Farah was his biggest success story, training under him for more than six years.

Farah finally split with Salazar in 2017, more than two years after the allegations against the American emerged, but Farah has never fully spoken out against the man who coached him to Olympic and world championship glory.

Instead, even the denials from Farah and his team have been distasteful.

Farah fumed in October of last year that any questioning of his good name indicated a racist media agenda against him, only to concede recently that those comments had “come out wrong,” acknowledging that people had a reasonable right to ask questions over his ties with Salazar.

In light of the reports this week, the message from Farah’s lawyers has been just as dismissive, reading: “It is not against [Wada rules] rules to take [L-carnitine] as a supplement within the right quantities. The fact some people might hold views as to whether this is within the ‘spirit’ of the sport is irrelevant.”

Many would question the latter part of that assertion, given the controversial nature of L-carnitine.

It’s also not only about that particular supplement, as concerns have also covered medication that Farah was being given while training with Salazar. Again, he has denied any wrongdoing.

Step back and look at the bigger picture, and what you will see is another centerpiece of Britain’s glorious sporting summer of 2012 coming under unwanted scrutiny.

The same thing has applied to British cycling and the long-running allegations of wrongdoing by Team Sky in the historic Tour de France triumph of Bradley Wiggins in that same year.

The sheen of that golden summer is fading fast, it would seem.

But while Farah might bemoan his treatment from the press, in reality he appears to have been afforded comparative reluctance over demands to press him on his ties with someone now exposed as a dubious individual.

Switch Farah’s nationality to Russian, for example, and you would no doubt see far less circumspection and dithering from the western press and sporting authorities.

No one has stood on ceremony as far as Russian athletes are concerned – the latest example being biathlete Alexander Loginov, who saw Italian police barge into his hotel room in an early-morning raid triggered by doping suspicions based on his coach having the wrong accreditation.

No tiptoeing around there, as Russians continue to be treated with far more reckless abandon, tarnished and tarred following the allegations surrounding the 2014 Sochi Olympics.

Also on rt.com
‘They thought my coach supplied me with doping’: Alexander Loginov on shocking police search before relay race

So as the Farah saga drags on, it seems any full and complete picture of his ties with Salazar will be a long and painful process of extraction.

Given his protestations of innocence, surely Farah himself should be in just as much a hurry as anyone for his relationship with Salazar to be given a full, thorough and transparent examination?

You would imagine so, but don’t hold your breath.