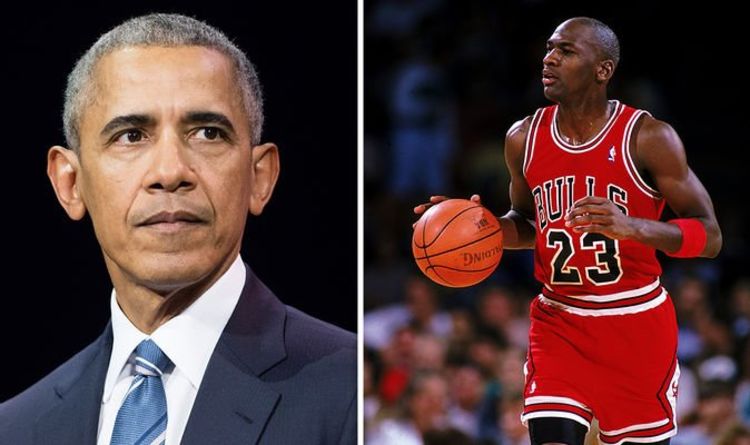 MICHAEL JORDAN is one of the most famous athletes of all-time and highly regarded as the greatest basketball players of his generation, but former US President Barack Obama never got to see him play for the Chicago Bulls, and there is a heartbreaking reason why.

Michael Jordan, who goes by the nickname “His Airness”, played 15 seasons in the NBA (National Basketball Association), winning six championships with the Chicago Bulls in eight years, with a reminder of his final season being portrayed in Netflix‘s new ‘The Last Dance’ series. Episodes five and six of the docuseries – released a week ago – featured two famous faces from the White House, when previous US Presidents Barack Obama and Bill Clinton told all about their relationship with Mr Jordan. But, what many do not know, was that Mr Obama never got to see Mr Jordan play during his best years at the Bulls, and there’s a heartbreaking story behind it.

Mr Obama said during the series: “When Michael first came to town, I didn’t have the money to buy tickets for a Bulls game, even the discount ones back in the day. I was pretty broke.”

After completing his degree in Political Science from Columbia University, Mr Obama moved to Chicago, Illinois, in 1983.

The 58-year-old spent five years in Chicago, before heading to Harvard to complete his law degree between 1988 and 1991, then returning back to Chicago and eventually gaining office as US Senate in 2004.

When Michael first came to town, I didn’t have the money to buy tickets for a Bulls game

Speaking to a North Carolina audience in 2012, he said: “We didn’t come from wealthy families.

“When we graduated from college and law school, we had a mountain of debt.

“When we married, we got poor together.”

For years, Obama lived frugally as a cash-strapped student, the former First Lady revealed in her book ‘Becoming’.

She wrote in 2018 that it had a “rusted-out, four-inch hole,” which she could “see the pavement rushing beneath us” when driving around.

Mr Obama was a broke student at Harvard (Image: GETTY)

Mr Obama became President when he was 47 and is now worth millions, but the couple did not finish paying off their debt until just a few years before he took office.

It’s safe to say that Mr Obama could afford to be a Bulls season ticket holder today if he wanted to, but it has now been almost two decades since Mr Jordan played for the Bulls.

Mr Obama was a broke student at Harvard (Image: GETTY)

The new Netflix series is being released with two back-to-back hour-long episodes every Sunday.

The latest two episodes – seven and eight – were released on Sunday.

The documentary, as promised, is revealing never-before-seen footage and anecdotes from Mr Jordan’s former coaches, teammates and friends, along with unprecedented access to the star himself.

Mr Jordan has already admitted he was initially worried the documentary would make him look like a “horrible guy,” due to his interactions with teammates.