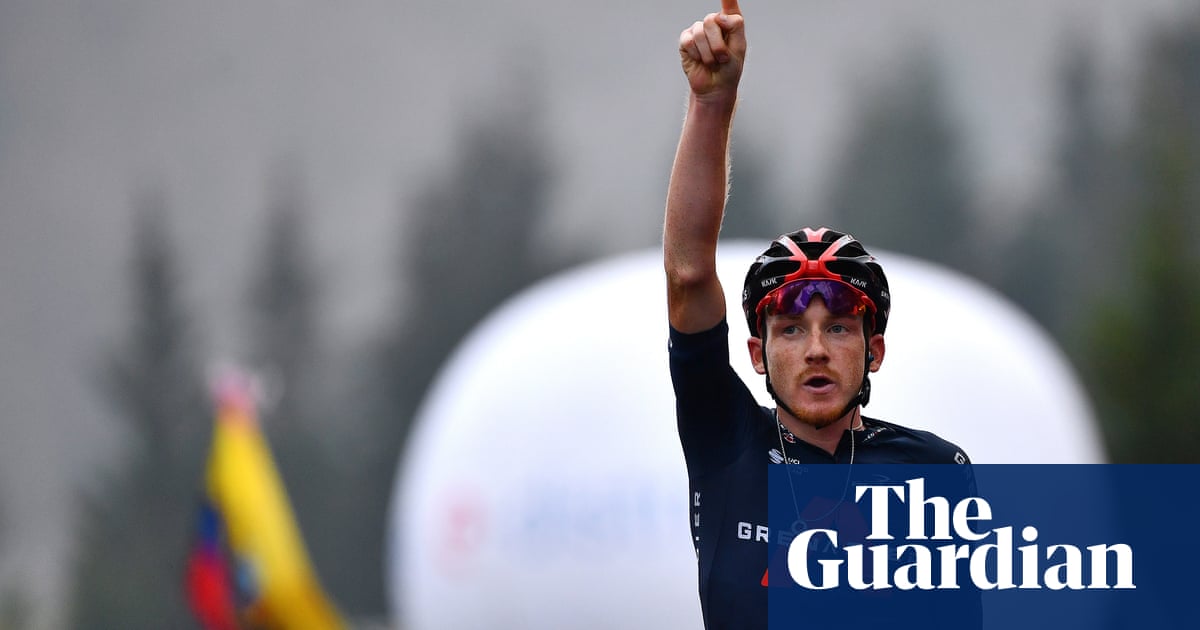 In the last couple of weeks, Italian television commentators have grown to love Tao Geoghegan Hart. It’s partly the attacking attitude which has put the 25-year-old London-born Scot in with a strong chance of becoming only the second Briton to win the Giro d’Italia, which finishes on Sunday, but it’s also his name. “Go-Go-Go Go-aghan” shouts one, with obvious love of the pun, each time the Team Ineos cyclist prepares to sprint out of the peloton.

The commentators aren’t the only ones struggling with his name. “Congratulations to the winner even if we can’t say what he is called…,” said the Twitter feed of one Italian team after Geoghegan Hart took last Sunday’s mountain stage at Piancavallo. It was at that point, two weeks into the Italian Tour, that the young Scot – he claims the nationality through his part-Irish, part-Scottish father – first emerged as a potential race winner. Ironically enough, the two Britons who started the Giro as favourites, Geraint Thomas and Simon Yates, had earlier been ruled out of the race by, respectively, a crash and a positive Covid test.

The story of this builder’s son, who watched his father working 16-hour days, is one of steady progression from the ranks of the Hackney Cycling Club in east London, rather than a spectacular rise. However, the dedication and brains that impressed his coaches from an early age have left him well placed to shine in the chaos of a rejigged cycling season that only really got under way in August, and which has seen a rapid succession of major races, with teams constantly reworking their line-ups.

“He came to us through soccer and swimming; he liked the idea of cycling because he was fed up of other people letting him down, and cycling is a sport where it’s largely down to the individual,” said the Hackney Cycling Club coach Keir Apperley; at the age of 13, Geoghegan Hart was part of a relay team that swam the Channel. “He had this maturity, he used to tell me how it was and I’d say, ‘look, I’m three times your age’. He had a lot of head room, and he had dedication – this is it, this is what I want to do. And attention to detail and a little bit of ruthlessness.”

Like other young London cyclists over the years, Geoghegan Hart was supported by Condor Cycles of Grays Inn Road in his formative years. “We looked after him when he was a junior with bikes, but also as a Saturday boy in the store over the winter to give him some pin money,” said Greg Needham of Condor. “You knew there was something special about him even then, he was super motivated and focused.

“He was fortunate as Hackney also had Alex Peters, another great young rider so they were able to feed off each other, and motivate and push themselves. Both of them were a bit rebellious about the [British Cycling] system as they didn’t want to go through the track system. He is still a really nice guy, he messaged me when I got car-doored as he heard I was injured.”

Great Britain academy coach Keith Lambert has seen waves of talented youths come through over the years. As well as the climbing talent which could propel Geoghegan Hart to success in the Giro, Lambert recalls a perfectionist: “However well he did, if he didn’t win – and he didn’t win that much because other guys just seemed to be faster – even if he did a good ride he’d be kicking himself.” 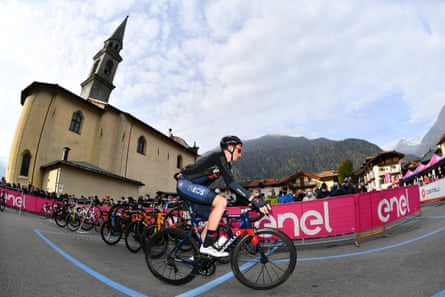 Lambert described his charge “throwing his mitts about, shouting with frustration”, but never at others, only at himself, as well as utter disappointment after an unlucky mechanical at the junior world championship in 2014. “His chain snapped, he was in tears that day. And I’ve always been struck by his intelligence. He was always aware of everything and learned quickly.”

Geoghegan Hart was accepted to the Great Britain junior squad early on, then decided to opt out of the senior academy due to its focus on track racing, rather than road. Instead, he rode for an under-23 squad run by Axel Merckx, son of the legendary Eddy, with support from the Yorkshire-based Dave Rayner Foundation, dipping in and out of the GB team under Lambert.

When Sir Dave Brailsford and Team Sky came calling, he had a spell as an apprentice at the team, but turned down a full-time contract for 2015, on the grounds that he hadn’t won enough at under-23 level. He eventually joined Sky in 2017; his rise has been steady, culminating in a brace of stage wins in last year’s Tour of the Alps, after which he was appointed leader for the Giro d’Italia, only to crash out late on in the race. Already, he has made up for that disappointment, and he now stands just 15 seconds off the race lead going into the final weekend. If the cards fall his way, first with Saturday’s mountain stage to Sestriere and then a time-trial to Milan in Sunday’s final stage, a place in cycling history may be his for the taking.