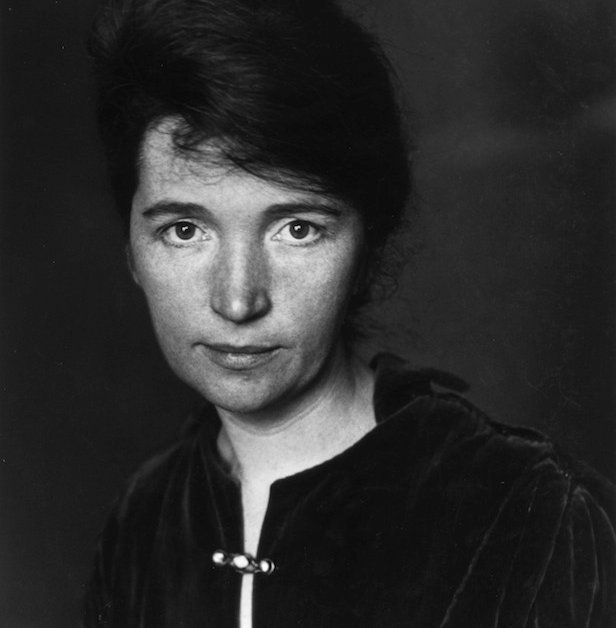 It was 100 years ago—on Oct. 16, 1916—that Margaret Sanger opened the first birth-control clinic in the United States. An advocate for women’s reproductive rights who was also a vocal eugenics enthusiast, Margaret Sanger leaves a complicated legacy — and one that conservatives have periodically leveraged into sweeping attacks on the organization she helped found: Planned Parenthood.

Last year, 25 House Republicans campaigned to have a bust of the pioneering family planner removed from the Smithsonian’s National Portrait Gallery, where it has been included in an exhibit featuring American civil rights leaders, called “The Struggle for Justice,” with Ted Cruz’s office issuing a press release explaining that she didn’t belong there for a number of reasons, the most damning of which is that as part of her “inhumane life’s work” she “advocated for the extermination of African-Americans.” It’s not the first time Sanger has faced this accusation. During this past primary season, Ben Carson proclaimed that Sanger “believed that people like me should be eliminated” —later clarifying, per PolitiFact, that he was “talking about the black race”—and in 2011, Herman Cain alleged that Sanger’s original goal for Planned Parenthood was to “help kill black babies before they came into the world.”

Historians and scholars who’ve examined Sanger’s correspondence, as Salon reported in 2011, challenge those who call the activist racist.

Much of the controversy stems from a 1939 letter in which Sanger outlined her plan to reach out to black leaders — specifically ministers — to help dispel community suspicions about the family planning clinics she was opening in the South.

“We do not want word to go out that we want to exterminate the Negro population, and the minister is the man who can straighten out that idea if it ever occurs to any of their more rebellious members,” she wrote. It was, as the Washington Post called it, an “inartfully written” sentence, but one that, in context, describes the sort of preposterous allegations she feared — not her actual mission. The irony is that it has been used to propagate those very allegations. Cruz’s letter to the director of the National Portrait Gallery, for example, quotes only the first half of the sentence.

Sanger’s stated mission was to empower women to make their own reproductive choices. She did focus her efforts on minority communities, because that was where, due to poverty and limited access to health care, women were especially vulnerable to the effects of unplanned pregnancy. As she framed it, birth control was the fundamental women’s rights issue. “Enforced motherhood,” she wrote in 1914, “is the most complete denial of a woman’s

right to life and liberty.”

That’s not to say that Sanger didn’t also make some deeply disturbing statements in support of eugenics, the now-discredited movement to improve the overall health and fitness of humankind through selective breeding. She did, and very publicly. In a 1921 article, she wrote that, “the most urgent problem today is how to limit and discourage the over-fertility of the mentally and physically defective.”

She was, of course, not alone in this viewpoint: In the 1920s and 1930s, eugenics enjoyed widespread support from mainstream doctors, scientists and the general public. Planned Parenthood officials are quick to note that, despite her thoughts on the idea in general, Sanger “uniformly repudiated the racist exploitation of eugenics principles.”

Get your history fix in one place: sign up for the weekly TIME History newsletter

In 1966, Martin Luther King Jr. made clear that he agreed that Sanger’s life’s work was anything but inhumane. In 1966, when King received Planned Parenthood’s Margaret Sanger Award in Human Rights, he praised her contributions to the black community. “There is a striking kinship between our movement and Margaret Sanger’s early efforts,” he said. “…Margaret Sanger had to commit what was then called a crime in order to enrich humanity, and today we honor her courage and vision.”

As Gloria Steinem pointed out in a 1998 essay for TIME, Sanger’s embrace of the eugenics rhetoric may have been less a heartfelt belief than a political ploy to broaden birth control’s appeal. But even speaking the language of eugenics could be insidious. Steinem writes:

[Sanger] adopted the mainstream eugenics language of the day, partly as a tactic, since many eugenicists opposed birth control on the grounds that the educated would use it more. Though her own work was directed toward voluntary birth control and public health programs, her use of eugenics language probably helped justify sterilization abuse. Her misjudgments should cause us to wonder what parallel errors we are making now and to question any tactics that fail to embody the ends we hope to achieve.

Get our History Newsletter. Put today’s news in context and see highlights from the archives.