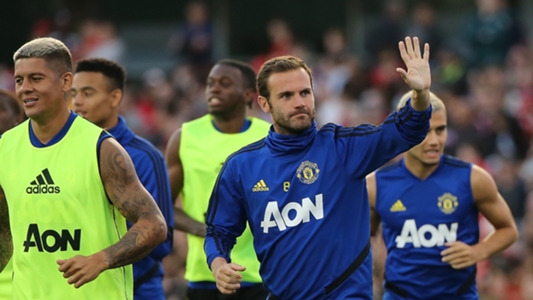 After a far from quiet off-season, Manchester United will look to silence off-field speculation when they return to the pitch on Saturday night against Perth Glory at Optus Stadium.

The Red Devils will begin their pre-season with a clash against the current A-League premiers with the action getting underway at 7pm (AWST).

While both sides will be a little rusty, the match is set to be an intriguing one with all eyes on Paul Pogba’s involvement and clubs debuts on the line for Daniel James and Aaron Wan-Bissaka.

Ole Gunnar Solskjaer will be confident of claiming a win in front of a crowd expected to be around 60,000 and it will serve as an ideal warm-up ahead of a clash against Leeds United four days later.

How to watch Manchester United v Perth Glory in Australia

Though they haven’t shown the round ball game for some time in Australia, Channel Seven have snapped up the broadcast rights for this match.

They’ll be showing the game on their sister channel Seven Two with coverage beginning half an hour before kick-off.

Fox Sports, SBS and Channel Ten are the usual broadcasters of football in Australia with this friendly seemingly presenting a chance for Channel Seven to test the waters.

For those looking to stream the match, Manchester United’s official channel MUTV is the best option and is available for viewers worldwide.

MUTV allows for the match to be streamed live via seven different platforms including Google Play, Apple TV, Roku and Xbox.

Prelude To A Test – What’s Your Story, Morning Glory?

Grace’s Story- All for God’s Glory.