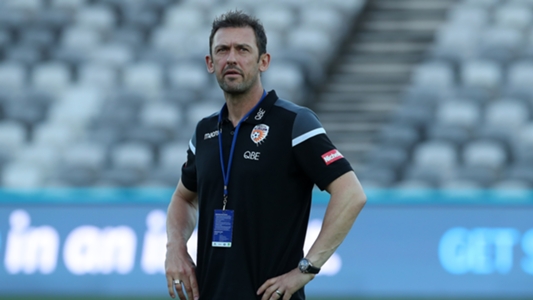 Perth Glory coach Tony Popovic has called on his players to avoid being captivated by Manchester United‘s many stars ahead of Saturday’s night exhibition match.

Many of the A-League premiers’ squad are Red Devils fans, including one of Popovic’s two sons, and will be competing against their heroes they support as fans for the first time.

Popovic is keen for Glory to make the most of their opportunity to take on one of the world’s premier teams and said there was plenty of time for reflection once the contest was over.

“I’m sure that there is time to admire them and consider who you played against after the game,” Popovic said.

“But we don’t want them doing that during the match.

“We’ve got players here in our group that get disappointed when Manchester United doesn’t win, and they stay up and watch the games.

“I’ve got one of my sons (Gabriel) that does not miss a game of Manchester United. That just shows how big and special they are as a club.

“It (playing against United) is something these players haven’t experienced and may not experience again. So you want to make the most of it. You don’t want to get stage fright on the day.”

“I really want the players to be relaxed and enjoy it and also be focused and go out there and show our football.”

Glory will take a weakened squad into the encounter with foreign stars Diego Castro and Andy Keogh absent, while Australian trio Chris Ikonomidis, Matthew Spiranovic and Dino Djulbic will also take no part.

However, star striker Bruno Fornaroli will make his first significant appearance for the club following his move from Melbourne City, having had his first hitout mid-week against NPL side Bayswater City.

Manchester United will likely have an almost full-strength squad to pick from with only Romelu Lukaku and Anthony Martial missing training because of injury niggles.

Alexis Sanchez is still on holiday following his Copa America campaign with Chile, while Fred and Matteo Darmian haven’t travelled Down Under for personal reasons.

Transfer speculation has surrounded Paul Pogba and Lukaku, but the duo appear no closer to leaving the club despite Real Madrid eyeing the Frenchman and Inter circling to sign the Belgian star.

Newcastle United End of Decade series: The edge of glory – the inside story of the Europa League season