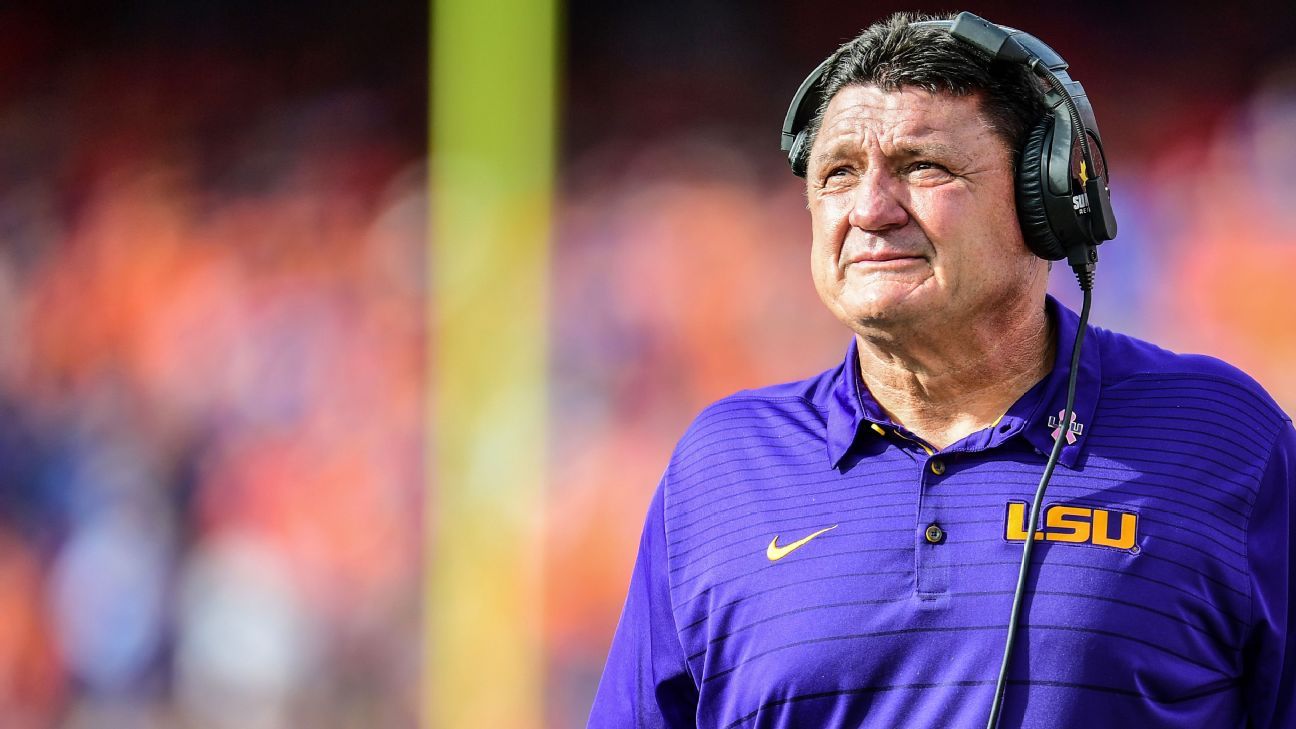 HOOVER, Ala. — LSU‘s hiring of the gruff-talking, barrel-chested Ed Orgeron was met with widespread skepticism a few years ago. Two full seasons and 19 wins later, he’s proving doubters wrong and the program is on solid ground.

But when it comes to expectations in Baton Rouge, solid won’t cut it much longer.

Armed with a veteran team, the Tigers are expected to compete with Alabama for the Southeastern Conference’s Western Division title. Orgeron’s quarterback, senior Joe Burrow, was adamant on Monday during SEC media days that the 58-year-old coach has more than enough football chops to push LSU into the nation’s elite.

Burrow’s message: Underestimate the man often called “Coach O” at your own risk.

“That’s what makes Coach O such a good coach — he’s so well-rounded.”

Safe to say, it has worked out to this point.

“I think we both kind of proved a lot of people wrong at the same time,” Burrow said. “A quarterback and a coach are always going to have a special bond for sure.”

Burrow threw for 2,894 yards, 16 touchdowns and five interceptions last season and is among 16 starters returning this fall. The Tigers are also bringing back their five top receivers and six of the top seven tacklers on defense.

Orgeron is particularly impressed with his secondary, especially junior safety Grant Delpit, whom he called “the best player in the country coming back on defense.”

“I think this is the best group of defensive backs I’ve ever coached,” Orgeron said. “That’s 35 years of

Orgeron said LSU’s 10-win season last fall could have been a 12-win season if not for critical mistakes against Florida and Texas A&M. The Tigers fell to Florida 27-19 and lost to Texas A&M in seven overtimes, 74-72.

The coach doesn’t shy away from the reality that LSU fans expect those mistakes to be fixed during his third full season. He said the Tigers must be better at the line of scrimmage, especially along the defensive line.

Orgeron, whose coaching specialty is defensive line, will have a big role in trying to make that happen.

“We gave up 167 yards rushing the game,” he said. “That’s not championship football. That’s not LSU football. So we have to stop the run. There’s no question we need to get better in tackling, gap fits, schemes, tackles force loss, whatever it may take to stop the run.”

LSU has embraced its newfound role as a title contender. The Tigers will have a big nonconference test during the season’s second week in a game at Texas, which has also improved in recent years.

As for the newfound respect for his coaching skills, Orgeron didn’t seem particularly concerned. He may have proven some of his critics wrong, but there are bigger goals to accomplish.

“Having a 10-win season is good. It is not great,” Orgeron said. “It puts us in position to take the next step at LSU, for what LSU deserves.”