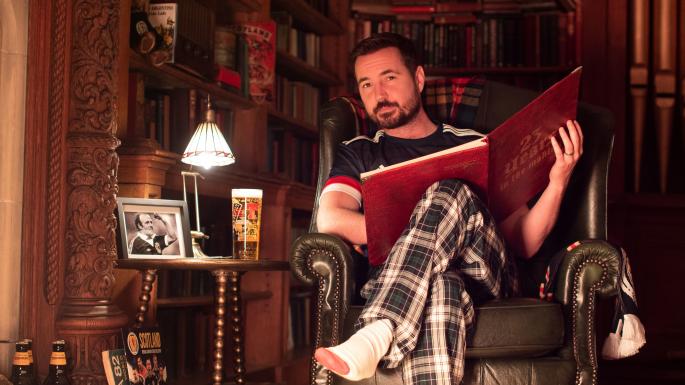 Line of Duty star Martin Compston has read a special bedtime story on the eve of Scotland’s long-awaited debut at the delayed Euro 2020.

The actor — a former professional for his home-town club Greenock Morton — has recorded the 23 Years in the Making story, which tells the highs and lows of being a Scotland fan.

pyjama trousers, reads the story next to a pint of Tennent’s beer and a photo of Archie Gemmill.

Scotland will play at Hampden Park against the Czech Republic marking the men’s team’s first appearance at a major tournament since the 1998 World Cup.

Compston said: “It’s taken a while but we’re finally here. It’s the night before Scotland takes on