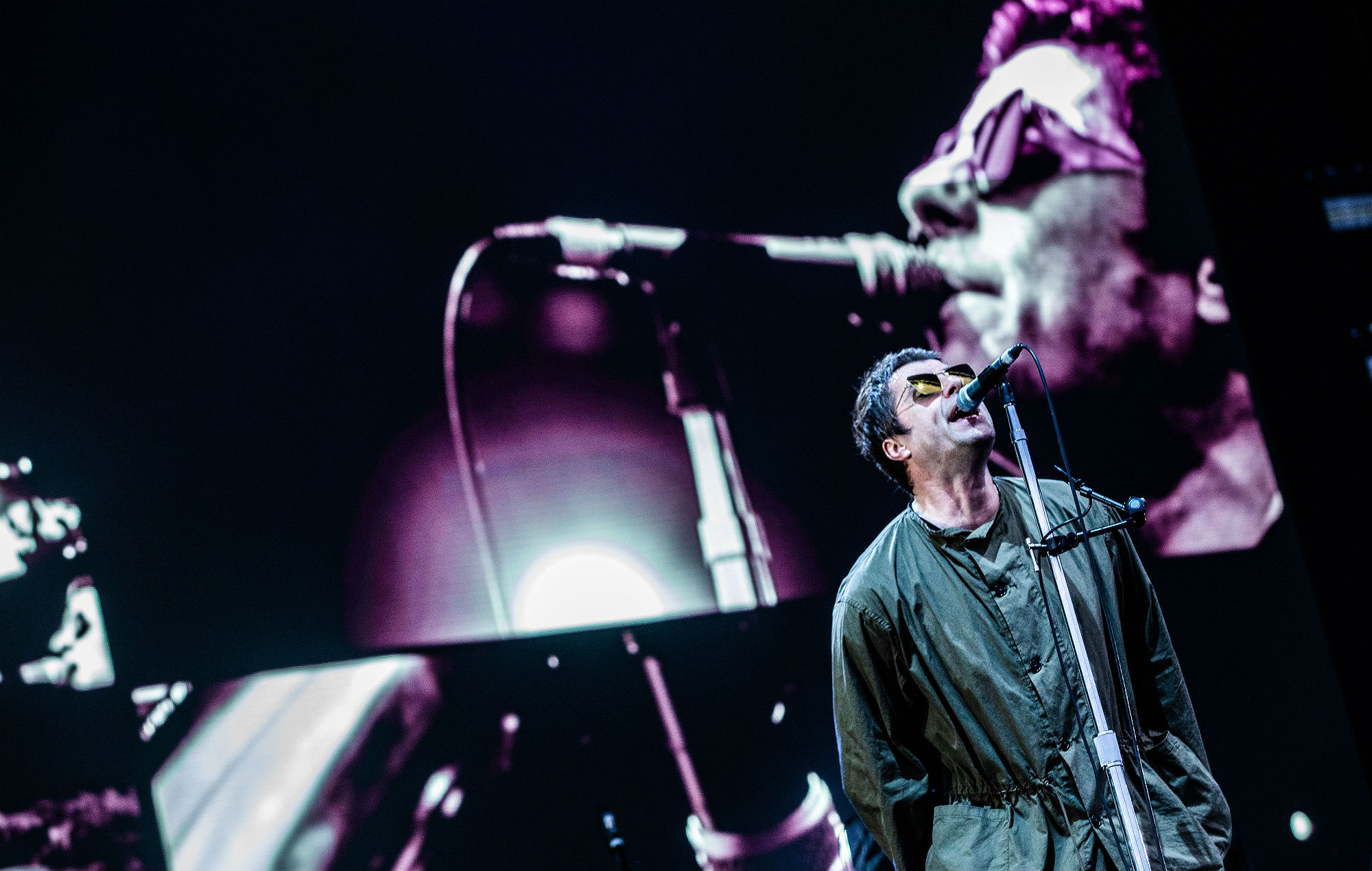 The director of Liam Gallagher‘s upcoming new film As It Was has spoken of what to expect from the former Oasis frontman’s “mega” new solo album.

As It Was gives unprecedented on stage and backstage access to tell Gallagher’s story from the demise of Oasis through to the end of his successful headline tour for debut album ‘As You Were‘. The film is set to feature a new song  called ‘Once’ from Gallagher’s upcoming second album.

Speaking to NME, As It Was director Charlie Lightening said the track was “the ‘For What It’s Worth’ of the record”, which was sounding “fucking mega” from the select tracks that he has heard.

“It’s a continuation of ‘As You Were’,” Lightening told NME of the new album. “If you look at ‘Definitely Maybe’ and ‘What’s The Story (Morning Glory)?’, one’s the more punkier one and one’s the bigger one, you know what I mean? That’s progression. It’s someone in the prime of it all. People aren’t gonna be disappointed with it. I think it’s gonna blow people away.”

As for what to expect from ‘Once’, Lightening continued: “The lyric is, ‘You only ever get it once.’ It’s about that whole thing of – when I first hear it, it was like you can listen to it and think of the experiences you get in life, you get a second chance but you only get it once. I took it as – you could hear him singing it to Noel, do you know what I mean?”

“I think it’s way better than ‘Wall Of Glass’. It hits you harder. [The album] is a continuation of ‘As You Were’ but it’s just that bit bigger –if you’re doing something for the second time, you’ve got more confidence behind you,” he told NME. “The first single is so catchy – the middle-eight on it is just mega and then it goes into a massive chorus. It’s brilliant.

“It’s the sort of song you put on for stomping the streets – it’s a got a proper stomp to it. You can hear these songs in stadiums. It’s that sort of vibe. And that’s the difference between a ‘Definitely Maybe’ and a ‘Morning Glory’. His voice is mega – it’s Liam.”

Earlier this month, it was announced that As It Was will receive its world premiere at London’s Alexandra Palace on June 6 along with an exclusive performance from the man himself. The film will then hit cinemas on June 7.

According to the synopsis, As It Was “tells the honest and emotional story of how one of the most electrifying rock’n’roll frontmen went from the dizzying heights of his champagne supernova years in Oasis to living on the edge, ostracised and lost in the musical wilderness of booze, notoriety and bitter legal battles.

“Starting again alone, stripped bare and with nowhere to hide, Liam risks everything to make the greatest comeback of all time.”

A new trailer for the film emerged yesterday, showing Liam taking shots at Noel for “breaking up his band” as well as him visiting his mother Peggy Gallagher at the family home.

Gallagher revealed that the recording of his second album was completed in March, which looks set to feature his son Gene. He also said back in December that he’s collaborated with an “an army of songwriters” in LA.

Later, he wrote on Twitter that he has 20 new songs “that will change your lives”.

Meanwhile, Gallagher will grace the Pyramid Stage at Glastonbury next month.

Preview: OKC’s Painted Sky Opera to present Oklahoma premiere of ‘Glory Denied,’ based on the true story of America’s longest-held prisoner of war