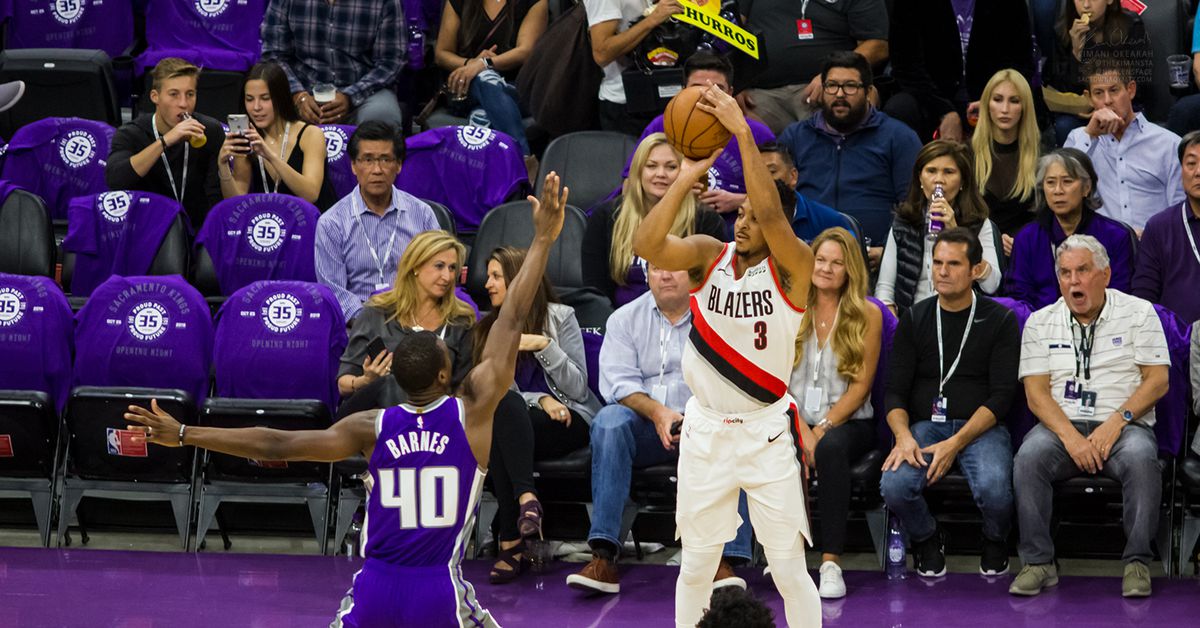 Well, did you miss me? I know there were some rumors that I “went out to buy a recliner” like it was the millennial 30-something blogger’s version of your mom telling you your childhood dog “went to a farm upstate”… but alas, unlike your worm-food Fido, I have returned, with a recliner AND a couch (Being delivered on Saturday [weather permitting]). I’ve also come back with a back injury, some pain pills and a hankering to talk about anything not named Carmelo Anthony, so lets just not! It’s our preview, we can do what we want! The Kings have gone north in search of new wins and will have an opportunity to redeem their bizarre, yet classic Kangz loss to the Bulls that, of course, came right on the heels of a great comeback victory against the Nuggets. Portland is on their second night of a back-to-back after getting belly-stomped by the Clippers last night in LA. Clippers are relatively healthy (not counting Jusef Nurkic and Zach Collins being stashed in the Phantom Zone after bad injuries) and are ready get back to their hometown winning ways. Let’s talk Kings basketball!

Where: Moda Center, Portland, OR

Baby, We Were Born to Run: I know that the pace the Kings are playing at gets brought up on occasion under the terms of “well it isn’t as fast this year as last” but did you all realize that at this point, a quarter of the way through the season, the Sacramento Kings are playing at the slowest pace in the NBA? This isn’t an indictment. De’Aaron Fox turns our derby car into a **insert fast car opinion that everyone can argue about in the comments** and our main distributor now, Bogdan Bogdanovic, is cruising through each game with a bad hammy. I just wouldn’t have expected that the Kings would drop from the record-setting pace of last season to the very slowest in the league swapping De’Aaron Fox for Cory Joseph. Wait…

The Kings have oft-promised that the pace from last season would return in bits and pieces as the team got more comfortable with scheming and defensive rotations and yet on Fox’s healthy return, will gunning it wind up being the right move? We’ve seen Dwayne Dedmon throw passes into the stands like the stands bullied him in high school. How will he react in a more open and frenetic environment? We’ve lauded Richaun Holmes as “what Willie Cauley-Stein should have been” but will an up-swing in the pace benefit a less fleet-of-foot Holmes? He has a passion for fouling at inopportune moments already, now add him being winded to a much higher and quicker degree into this. Can he maintain a level of composure to remain successful and, well, just on the court at all? These things will all have to be answered in due time. I’m not ever expecting the Joerger-brand quickness to return to the Kings. I doubt we see them climb much higher after Fox’s return this year at all. But that might not be a bad thing. Also very well could be the pits. In the words of Greg’s favorite artist Bruce Springsteen:

“Is a dream a lie if it don’t come true? Or, is it something worse?”

Damian Lillard has a big game that get’s matched by a Buddy Hield three point barrage. Hassan Whiteside gets distracted by Slamson during the timeouts, grabs 13 plus rebounds but takes four 3’s from behind halfcourt and backwards. Kings do what kings do and get the win.