I saw a flying saucer on MacAulay Street. It was a beautiful big white circle with blue stripes, fluttering in the breeze. There was no need to report it to authorities as a UFO. It was, in fact, a morning glory.

Flying Saucers morning glory is an offspring of the more common Heavenly Blue. We can thank seedsman Darold Decker of California for breeding this beauty in 1960. The more common blue type has been with us since 1931. 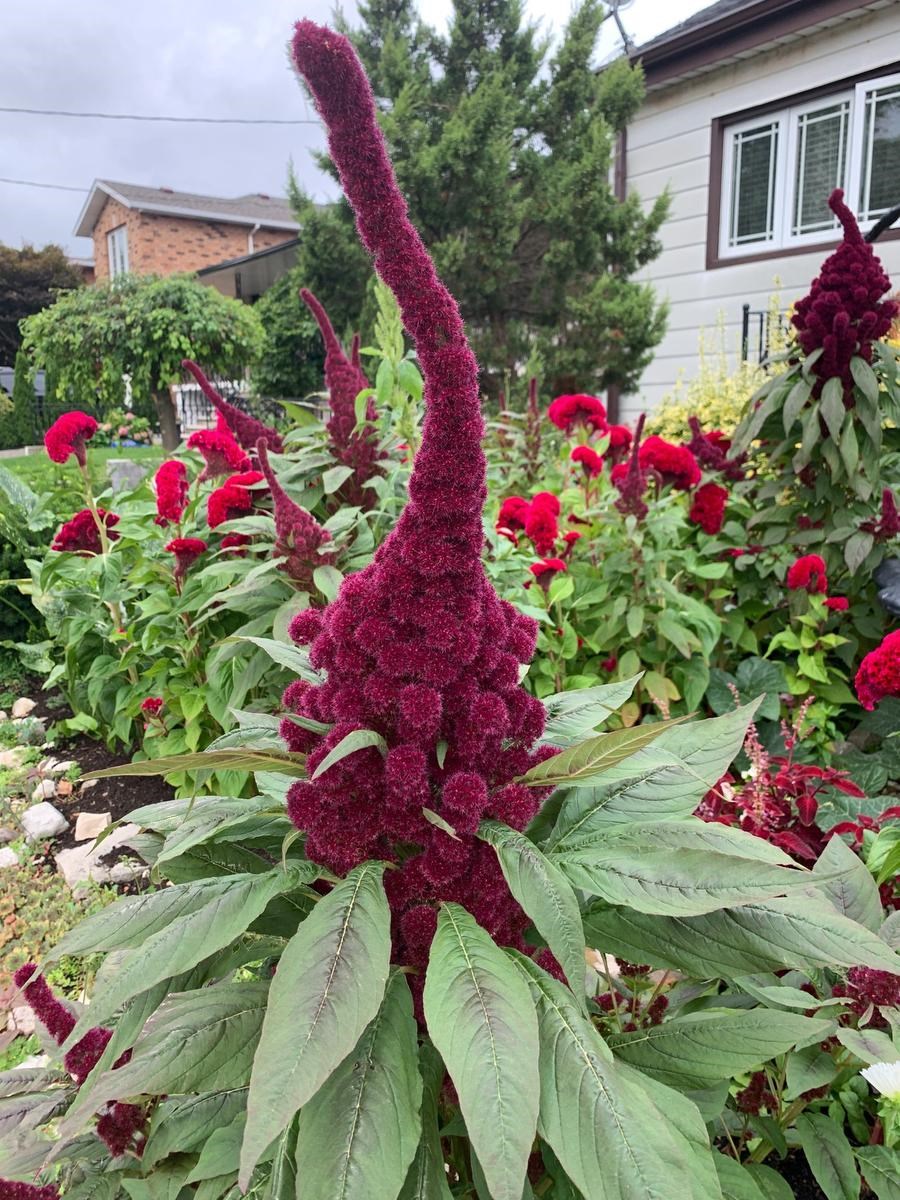 The weird elephant ear amaranth is a striking September plant. | Kathy Renwald/Special to the Hamilton Spectator

The (trumpet) flowers are superb to look at, and valued by pollinators. Just beware of its pushy habit: the vines get woody and thick as tree trunks.

On MacAulay Street, Flying Saucers is flowering abundantly on a wooden fence. In some areas it is twining around an apricot coloured rose for an unusual but charming combination. The true blue flowers with slashes of white range from 10 to 12 centimetres and make a stunning picture.

People lament that morning glories bloom so late in the season. But are they worth the wait. Most people seed them directly into the ground after the last frost, but they can also be started indoors four to six weeks earlier. They need full sun but it was notable that Flying Saucers was wide open on an overcast day.

Morning glory vines, a relative of the sweet potato, produce a lot of seeds so they often run rampant once planted and the seedlings lose their colourful patterns, so best to do some housekeeping around your plants.

Seeing Flying Saucers sent me on a stroll to discover other late blooming vines. Sweet peas, another old cottage favourite, were blooming just down the street from the morning glory. Bees bored in and out of the fragrant flowers, twining through a picket fence.

Romantic, tumbling vines like sweet peas and morning glory don’t seem to be as high

up on the hit parade as they used to be. Maybe their brazen, unruly growth habits don’t fit in with the modern garden look. 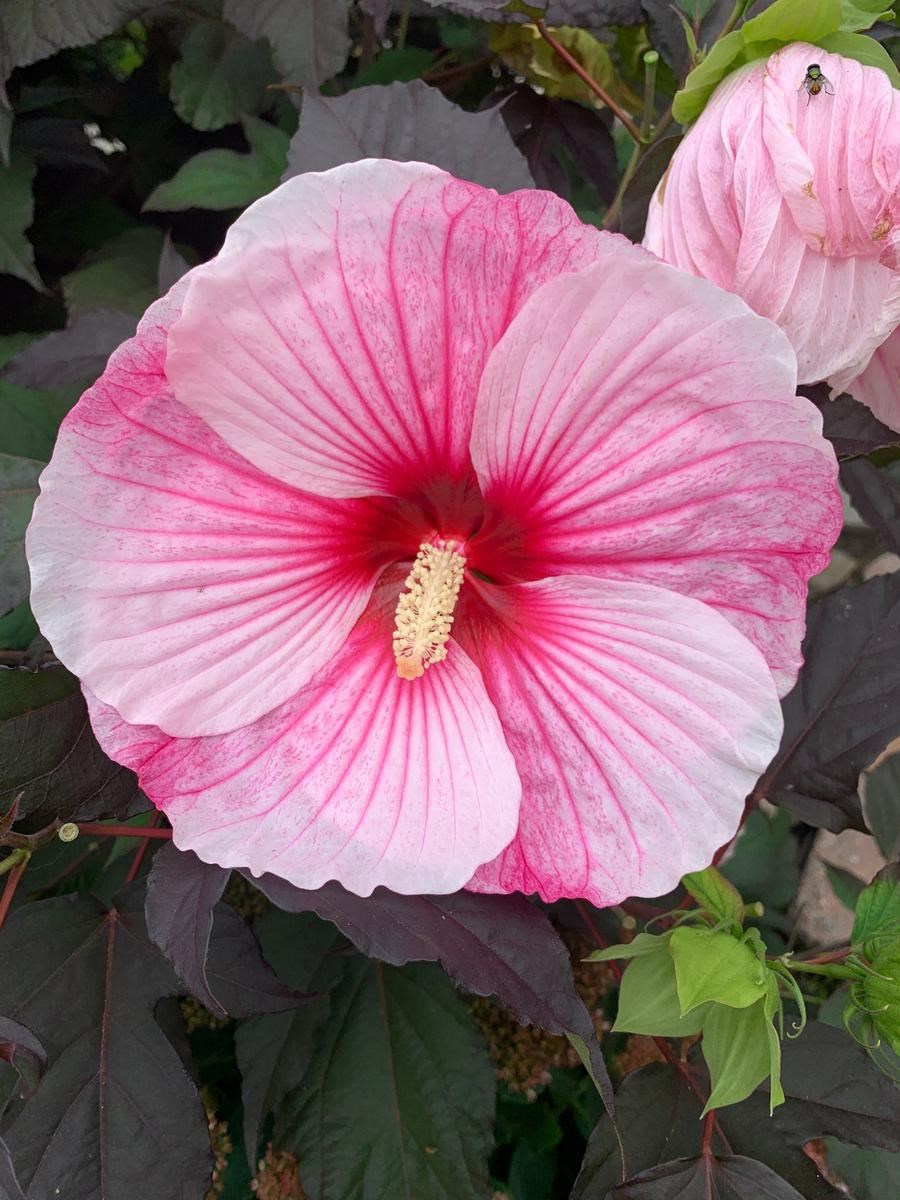 Perfection in pink from this perennial hibiscus flower. | Kathy Renwald/Special to the Hamilton Spectator

Another rustic vine I saw bustling up a fence was the trumpet. This aggressive climber is seen more often in the country, scrambling up a barn, where it appears to devour any static object in its path. The flowers are superb to look at, and valued by pollinators. Just beware of its pushy habit: the vines get woody and thick as tree trunks.

A more demur vine for small gardens is the annual hyacinth bean (Dolichos lablab). All parts of it are pretty: the black and white seeds, the purple tinged leaves, the upright purple and pink flowers, and the gorgeous, leather-like purple pods. William Dam Seeds sells a variety called Ruby Moon, which is more interesting than the common hyacinth bean that is native to Africa and grown for food.

I grew it from seed this year, and lost a few of the seedlings due to spring rain, but the surviving vine is wonderful. It’s growing in a pot and taking over a nearby tomato plant due to my lapse in vigilance.

A staple of North End gardens is elephant head amaranth. This spooky annual gets as big as a grade schooler and produces purple flowers that do resemble the circus animal. It’s a good cut flower if you dare, and according to seed sellers, various parts of the plant are edible. Finches, for instance, like the seeds, which are classified as a pseudo cereal because they are used like a cereal grain.

There you go, we have September glory in the garden and the leaves haven’t even turned.

Count in 5s activity on Vimeo