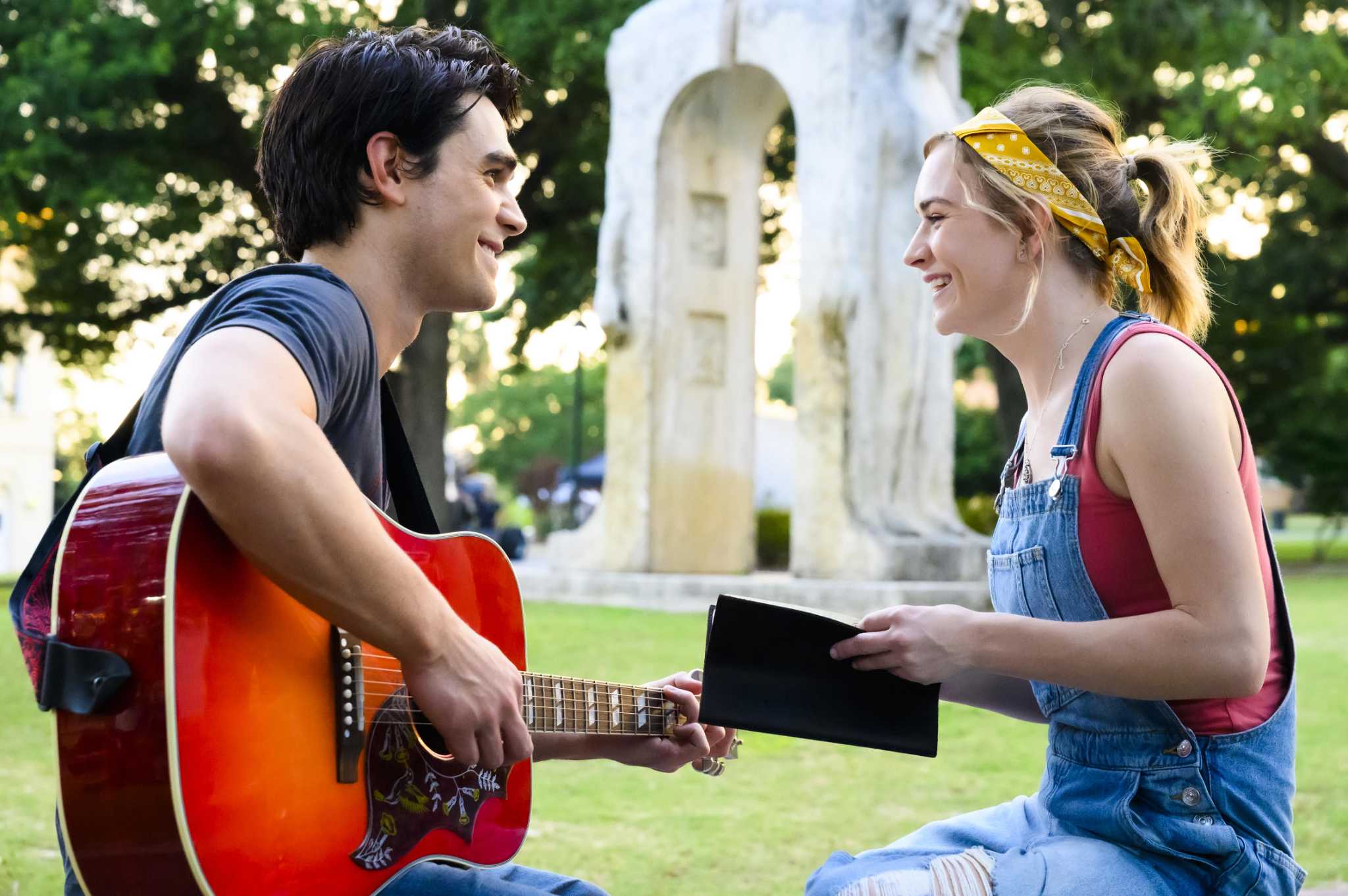 At first glance, Jeremy Camp seems to have lived an idyllic life.

Born in 1978 in Lafayette, Indiana, into a loving Christian home, he’s the son of a pastor who taught him how to play guitar at a young age. Unlike some other PK’s (Preacher’s Kids), he never strayed from the path or went through a rebellious period.

After finishing high school, Camp attended Calvary Chapel Bible College in Murrietta, California, and earned a degree in theology. During his college days, Camp’s musical talents came to light when a member of the music department heard him playing in the school’s kitchen. Soon, he was leading worship during chapel services and playing at churches and festivals all over Southern California.

During one of those services Camp noticed a young woman whose sense of devotion as she worshiped left an impression on him. Her name was Melissa Henning. The two eventually married.

If the story ended there, it would indeed be idyllic. But it doesn’t.

Less than four months after Jeremy and Melissa were married in October 2000, she died of ovarian cancer. Having been previously diagnosed with the disease but declared to be in full remission shortly before their marriage, Melissa’s death was as devastating as it was sudden.

The first song Camp wrote following Melissa’s death was “I Still Believe,” which is also the title of his 2013 memoir and the title of a major motion picture, released in theaters Thursday. The film is rated PG.

When asked to explain how the film exceeded his expectations, Camp said, “To have Gary Sinise playing my dad and Shania Twain playing my mom definitely seems a little surreal. Add to that having an actor the caliber of KJ Apa playing me and Britt Robertson in the role of Melissa makes the whole thing almost unbelievable.”

Apa stars in the The CW’s “Riverdale,” and Robertson has starred in the films “A Dog’s Purpose” and “The Longest Ride.” Twain is best known as the chart-topping and Grammy-winning singer, and Sinise is an Oscar-nominated actor known for roles in the film “Forrest Gump” and television’s “CSI:NY.”

The film “I Still Believe” was executive-produced by Bart Millard, the lead singer for MercyMe, who appeared with his band along with Camp at a Feb. 16 concert at the Alamodome. Millard, who enjoyed his own success with the 2018 biopic “I Can Only Imagine,” is stepping into the film producer role for the first time.

Both films were directed by Andrew and Jon Erwin, known professionally as The Erwin Brothers, who are the co-founders of Kingdom Story Company (KSC), based in Nashville and Los Angeles.

KSC was started with the profits from “I Can Only Imagine,” which grossed $86 million worldwide against a production budget of $7 million. It is the fifth highest-grossing music biopic and sixth highest-grossing Christian film of all time in the U.S., according to movie industry website Box Office Mojo.

KSC has a multi-year deal with Lionsgate Entertainment to produce faith-based feature films and television programming.

“It’s been amazing to observe this project take form,” Camp said. “Lionsgate has provided the funding, studios and everything necessary for the film, but at

the same time the Erwin brothers have had complete freedom to do their thing, which is to tell the story in an honest way that presents the hope of the Gospel.

“While I haven’t been directly involved in the day-to-day grind of making the film, what I saw as it was unfolding and what I see now as the finished product has left me totally in awe. The quality, size and scope of it all is just amazing. At that point I’m just praying that God will get the glory from it all.”

But, in the midst of what should have been a time to celebrate the making of a film based on his life, Camp once again experienced a dark period.

“I’ve never been one to have a problem with anxiety or depression, but as we got more into the film project, I began to experience panic attacks. Then, we had a close friend whose life spun out of control because of addiction, and we were powerless to do anything to help him. All of a sudden I found myself in a dark place where I’d never been before,” Camp said.

“All of a sudden everything in my life seemed to spin out of control,” Camp continued. “I started to have irrational thoughts that something was going to happen to my kids or my wife. Then, one day, it all seemed to come crashing in. I had a severe panic attack and I was bedridden for a week.”

When asked how he dealt with these sudden problems, Camp responded, “Honestly, I got on my face before the Lord and asked Him why? What was I doing wrong that was causing this? The simple answer was, ‘You’re not trusting me. You’re in this situation because you’re trying to control every aspect of your life, which has you stressed to the point of collapse. You have to learn to walk by faith.

“Scripture tells us that it’s the kindness of the Lord that leads us to repentance. I brought this on myself, but it was the love of God that compelled me to change my ways and trust Him to lead me rather than trying to micromanage my life myself,” said Camp, who married singer/songwriter Adrienne Liesching in 2003.

Out of his ordeal with panic attacks came renewed faith and Camp’s most recent release, 2019’s “The Story’s Not Over.”

“That whole album chronicles what I’ve been through over the past couple of years. I’ve heard more stories about people connecting with these songs than I have on any album I’ve done in a while.

“I was at a point where I almost felt like my life was over, but if this film and and album can encourage people to trust God more fully and bring glory to Him, it’s all worth it.”

The Rev. Tim Adams has been working as a freelance writer for 22 years, is a San Antonio native and currently serves as the pastor of Resurrection United Methodist Church in Southeast San Antonio. His email is [email protected]