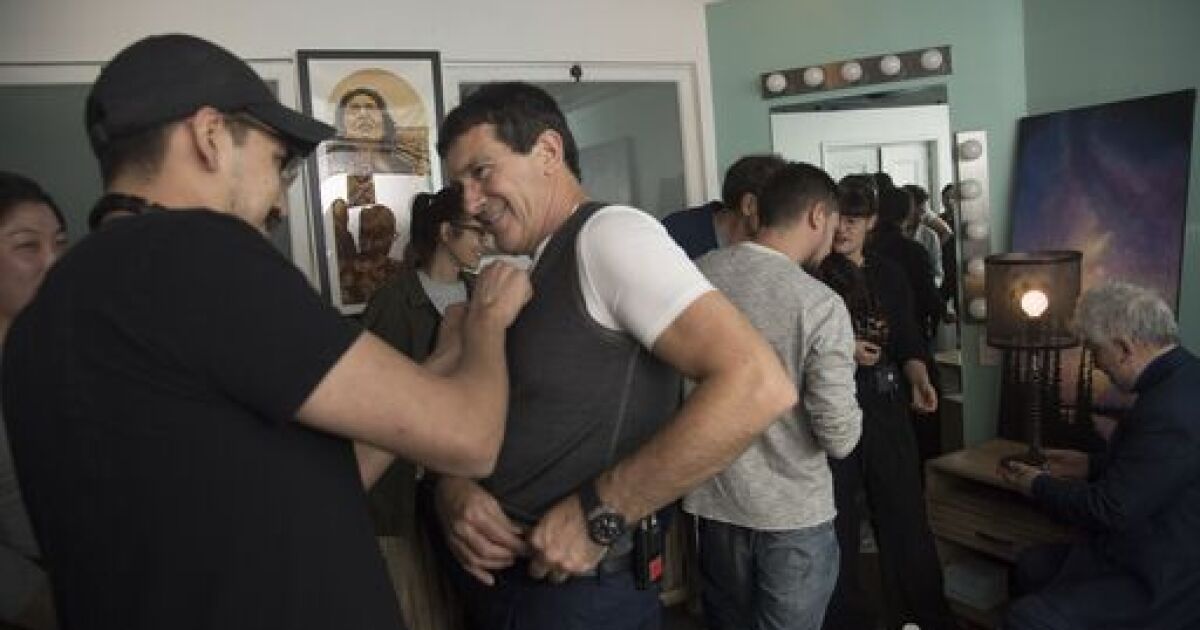 Tell an actor that his work is Oscar-worthy, and he’ll graciously accept the kind words while silently damning you for potentially jinxing his chances.

Tell an actor who’s never been nominated for an Oscar that this is finally going to be his year and, as was the case with Antonio Banderas a couple of months ago, he’ll smile, offer his gratitude and then, casting his gaze downward, softly add that he’s heard that kind of thing before and he doesn’t want to get his hopes up.

Backstage at the Montalbán Theater in Hollywood in late October, I was talking with filmmaker Pedro Almodóvar, shortly before leading a Q&A for “Pain and Glory,” his moving, loosely autobiographical story of acceptance and reconciliation, creation and remembrance.

Banderas arrived and, before he could sit down, was surrounded by well-wishers telling him that he gave the performance of his career in the film.

Banderas had already won the best actor prize at the Cannes Festival, where “Pain and Glory” premiered. Now everyone was telling him he’d be going to the Oscars. “That’s nice to hear those kinds of things,” Banderas told me later. “But an Oscar is very difficult. I don’t even want to think about it.”

So when he was having lunch with friends Monday at a restaurant in Málaga, Spain, and people around him began screaming, Banderas finally allowed himself to think about it. At the age of 59, three years after suffering a heart attack that forever altered his perspective (heart attacks will do that to you), he had earned his first Oscar nomination.

Amid all the elation and anger, thanks and fury that come with the Academy Awards, there are dozens of stories like that of Banderas. That he earned a nomination was something of a small miracle. His work in “Pain and Glory,” playing a filmmaker fighting physical pain and creative malaise, is subtle and shaded. And Oscar voters typically reward not the “best” but the “most.”

This year’s nominations reflect that mentality. You could make a case that Banderas gives the most interesting and deeply felt performance of the five nominated actors, a group that includes Joaquin Phoenix (“Joker”), Adam Driver (“Marriage Story”), Jonathan Pryce (“The Two Popes”) and Leonardo DiCaprio (“Once Upon a Time … in Hollywood”).

In addition to the Cannes award, Banderas won the best actor prize from the Los Angeles Film Critics Assn. and the New York Film Critics Circle, groups that rarely agree on anything, as well as the National Society of Film Critics. Film critics don’t hand out the Oscars. But when you have that kind of unanimity among the nation’s three most prominent critics organizations, academy voters should at least listen. 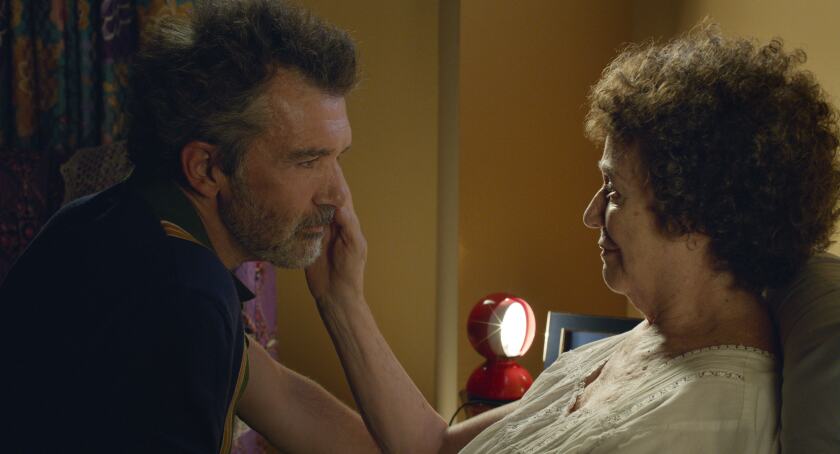 Antonio Banderas and Julieta Serrano in “Pain and Glory.”

Last year, the lead actor Oscar went to Rami Malek, who deployed prosthetic teeth to play Queen frontman Freddie Mercury in “Bohemian Rhapsody.” Malek thought so much of the dentures that he asked Chris Lyons of British-based Fangs FX to make him a gold set as a memento, and if he doesn’t use these as the villain in the new Bond film, that would be a tragedy.

The year before, Gary Oldman transformed himself into the portly, bald British prime minister Winston Churchill with the help of a makeup team that, among other things, gave him a new neck, nose, chin and ears. He won the Oscar and the hand of his fifth wife, after proposing to her dressed as Churchill.

Scroll through the list of lead actor Oscar winners from the past decade and you’ll find Daniel Day-Lewis playing Abraham Lincoln, Leonardo DiCaprio’s frost-bitten frontiersman in “The Revenant,” an emaciated Matthew McConaughey (“Dallas Buyers Club”) and Eddie Redmayne physically deteriorating as Stephen Hawking in “The Theory of Everything.”

Naturally, this year’s front-runner for the prize is Joaquin Phoenix, whose expressive face is buried beneath clown makeup for much of “Joker.” Phoenix also shed 52 pounds prior to filming, according to director Todd Phillips, and Phillips made sure you were aware of his actor’s efforts, repeatedly focusing his lens on Phoenix’s bony body.

There’s no doubting the commitment. But I think Phoenix should have won the Oscar for Paul Thomas Anderson’s “The Master” and at least have been nominated for “You Were Never Really Here” — great portrayals of recognizable humans dealing with trauma.

This year, you could make a case for DiCaprio’s funny and empathetic take on the insecurities of actors in “Once Upon a Time … in Hollywood,” a performance that’s specific and yet universal, for who among us hasn’t harbored regrets after a few too many whiskey sours? Brad Pitt and Leonardo DiCaprio in “Once Upon a Time … in Hollywood.” Note the whisky sour, DiCaprio’s drink of choice.

But Banderas’ emotionally raw portrayal of a man finding renewal after surrendering to despair is the performance that has stayed with me. “The role was a gift from Pedro,” Banderas told me in October, motioning to Almodóvar. “I’d call it the greatest gift of my career.” That the academy recognized this gift was one of the most heartening moments of this year’s Oscar nominations.