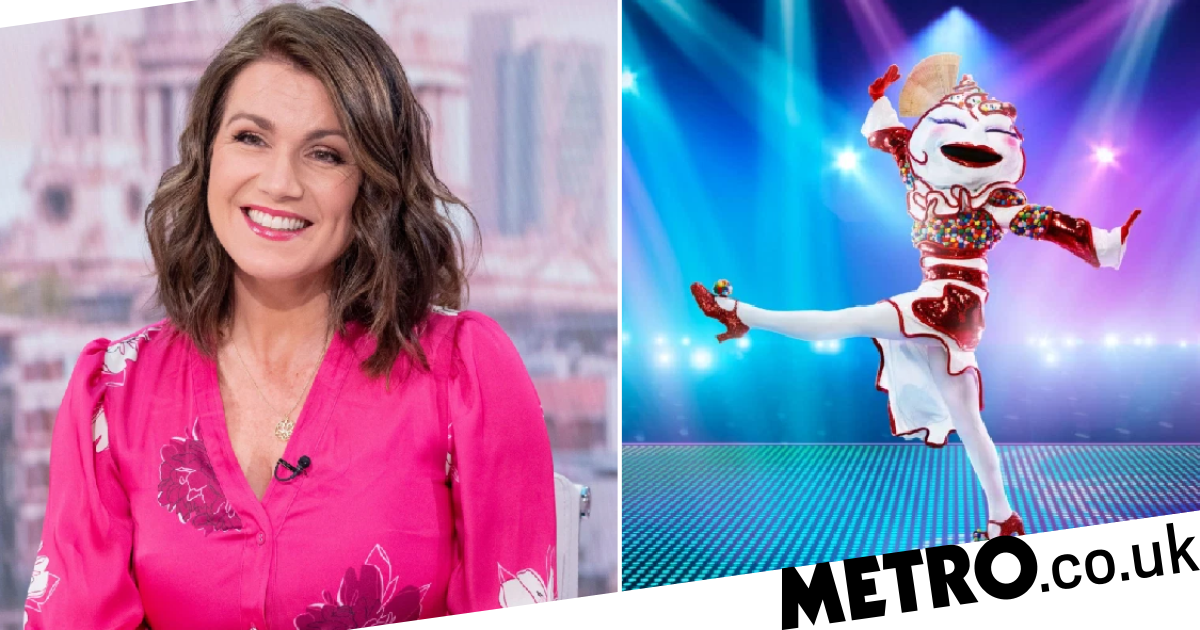 Good Morning Britain’s Sean Fletcher has dropped a glaring clue that Susanna Reid is one of the contestants on the brand new series The Masked Dancer.

Susanna has been linked to being under the Knickerbocker Glory costume on ITV’s Masked Singer spin-off, which is hosted by Joel Dommett and judged by  Jonathan Ross, Oti Mabuse, Davina McCall and Mo Gilligan.

The presenter’s tie to the guise was pointed out on today’s Good Morning Britain, with entertainment reporter Will Njobvu pointing out the word “scoop” in the contestant’s VT refers to finding a story.

‘I’ve been thinking, I’ve been connecting the dots this morning. Could GMB’s own Susanna Reid be behind one of the masks?’ he asked.

‘I’m onto something here. Oti even thinks it’s her after speculating that Knickerbocker Glory was a journalist because the word “scoop” was mentioned in the dancer’s VT.’

He added: ‘I’ve worked on The Masked Singer before so my detective skills are on point.’

Newsreader Sean then weighed in, adding: ‘See Susanna is not in all week so who knows. Charlotte is in

later this week, so we could ask her.’

In the first episode of The Masked Dancer, Knickerbocker Glory performed Telephone by Lady Gaga and Beyonce.

Viewers were also given some clues about who the person underneath the mask is, with hints including that audiences will have to look at the ‘small details if we want the big scoop’.

They are ‘full of layers’ like an ice cream and declared they are ‘a little bit spicy’ and will ‘squeeze a little zest into the competition’.

Could Susanna be under the costume? Only time will tell…

Good Morning Britain airs at 6am on ITV and The Masked Dancer continues at 7.30pm tonight.

If you’ve got a celebrity story, video or pictures get in touch with the Metro.co.uk entertainment team by emailing us [email protected], calling 020 3615 2145 or by visiting our Submit Stuff page – we’d love to hear from you.