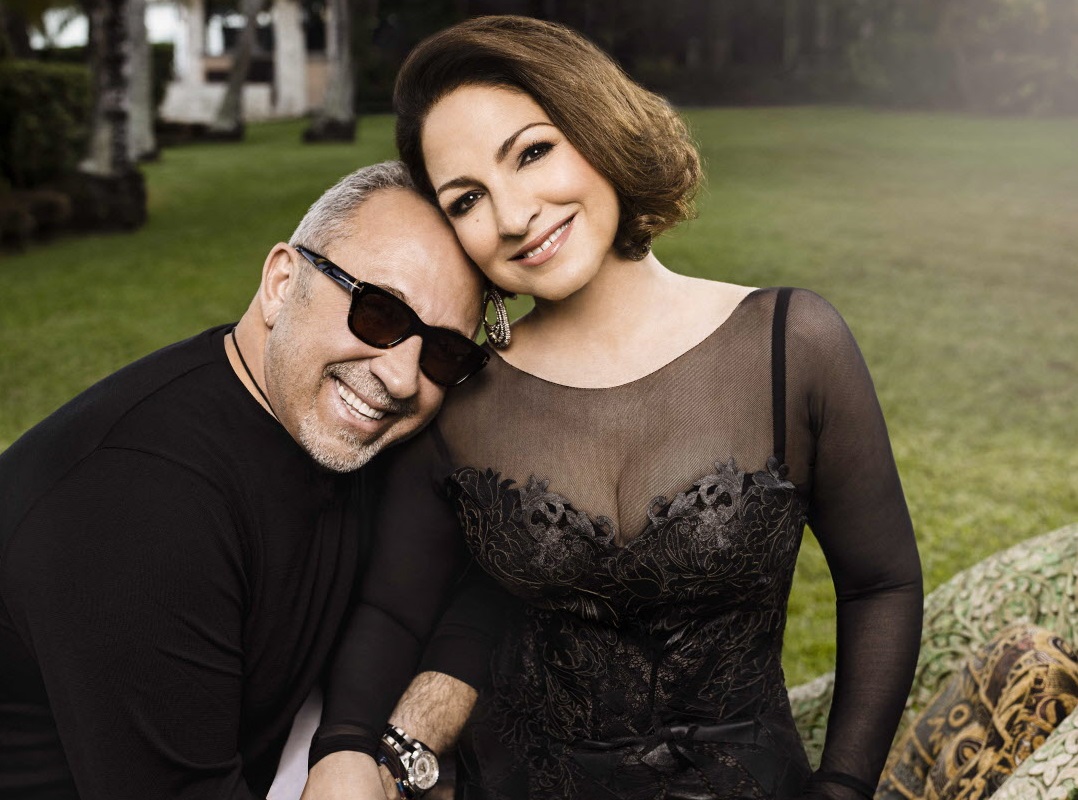 She has nearly as many names as albums sold: Gloria María Milagrosa Fajardo García de Estefan — but she’s better known to the universe as just Gloria Estefan.

Along with her 100 million records sold, she and her husband, fellow Miami Sound Machinist Emilio, have earned 26 Grammys for their mantle. They were also awarded the Presidential Medal of Freedom last week by President Barack Obama.

Needless to say, if Miami had an official mascot, this Cuba-born couple would be it.

Indeed, their life story is the subject of the new, Jerry Mitchell-directed Broadway musical, “On Your Feet!”

(Oh, there are “Rhythm Is Gonna Get You” tributes, don’t you worry.)

Here’s how the dynamic duo conga their way through the Magic City.

Courtesy of the DesignerThe Estefans don’t park their seats on just any sofa. The Design District’s Jalan Jalan (that’s “create your own path,” in Malay) is the “furnishings store where I buy a lot of furniture and accessories for our homes,” the singer explains. “They offer one of a kind pieces from a diverse selection of designers from Latin America and all over the world.” The 10,000-square-foot showroom, which globally minded Scott Parker and Bruce Platt opened in 2002, features everything from antique rug benches to wine barrel chairs.

Miami’s Little Havana might just have more Cubans in it than Big Havana, having lured expats since the early ’60s. Its most famous drag is historical Calle Ocho (Eighth Street, to gringos). There, the neon-lit and tapas-fit Ball & Chain is “a historic bar and nightclub in the heart of Calle Ocho, with great Latin music with a local flavor like no other,” Estefan explains. Indeed, so named for its outlaw, bootlegging, fight-clubbing past, the 80-year-old bar is still HQ for the area’s more flamboyant characters.

In 2018, he plans to open the $50 million, 125,000-square-foot Latin American Art Museum in Miami, which will feature 650 paintings, drawings and sculptures (there will be a garden for those) from his personal collection; Emilio dreamt up its 1,600-seat performing-arts theater.

“It [will be] one of the most important fine-art galleries and the largest collection of Latin-American artists in the world, which is owned by our dear friend,” Gloria adds.

In true Miami mogul-meets-art-patron fashion, Nader’s other undertaking on Biscayne Boulevard, a $300 million twin-tower condo building, will pay for the museum.

If you’ve ever received crustaceans in your mailbox, they likely came care of Joe’s Stone Crab, a Miami culinary institution (and yes, they deliver anywhere in the US) that began as a humble lunch counter back in 1913.

He soon discovered that stone crabs, which abound here, were not only edible, but darn good, especially when boiled and served up with hash browns and mayo.

Felipe CuevasThe sport of tequila and mezcal imbibing doesn’t usually come off as classy, but at this famously upmarket Mexican Art Deco establishment, it somehow works. Maybe it’s because the cantina goes out of its way to bring the “geometry of Mexican Art Deco” — with a curvy, marquee entrance in glitzy gold trim — to this side of the border.“We enjoy their authentic Mexican cuisine in a relaxed setting,” Gloria confides. We second that devotion.

Larios on the Beach

Courtesy of Lario’s on the BeachEstefan-owned and Estefan-frequented, Larios on the Beach is the “first authentic Cuban restaurant that [we] opened on Ocean Drive in 1992.” Just relaunched in May after a massive interior renovation — starkly oceanic in theme, shells and all — this Miami Beach staple has won countless awards and specializes in Cuban surf and turf “right out of abuelita’s kitchen.” (Don’t worry, abuela also likes her mojitos!)

In Miami, there exists a kind of 38th parallel separating North Beach from South Beach.

Straddling this divide is one of the city’s newer hotels, the Ian Schrager-conceived, Jean-Georges Vongerichten-menued Edition: “We love it — the design of the hotel is beautiful and unique,” Gloria gushes.

“The outside garden area is a great location for a wedding or party. After a relaxing day at the pool, you can go skating in the [ice] rink located in the basement of the hotel. And the restaurant, Matador [Room], has an amazing chef with great Spanish tapas.”

The only thing she forgot to mention? The bowling alley also in said basement.

Courtesy of Cardozo Hotel“When I was little, I told my grandfather when we were sitting on a park bench across the street, ‘One day I will buy this hotel,’ ” Gloria tells Alexa. She’s a woman of her word. That hotel — the 43-unit Cardozo, a SoBe-set, self-described “Art Deco jewel” originally built in 1939 and designed by architect Henry Hohauser — is now hers (and Emilio’s). It oozes “multicultural ambience” with a side of hardwood floors and terra-cotta flair. Nestled on Ocean Drive, it’s also right in the heart of Miami’s up-all-night action.