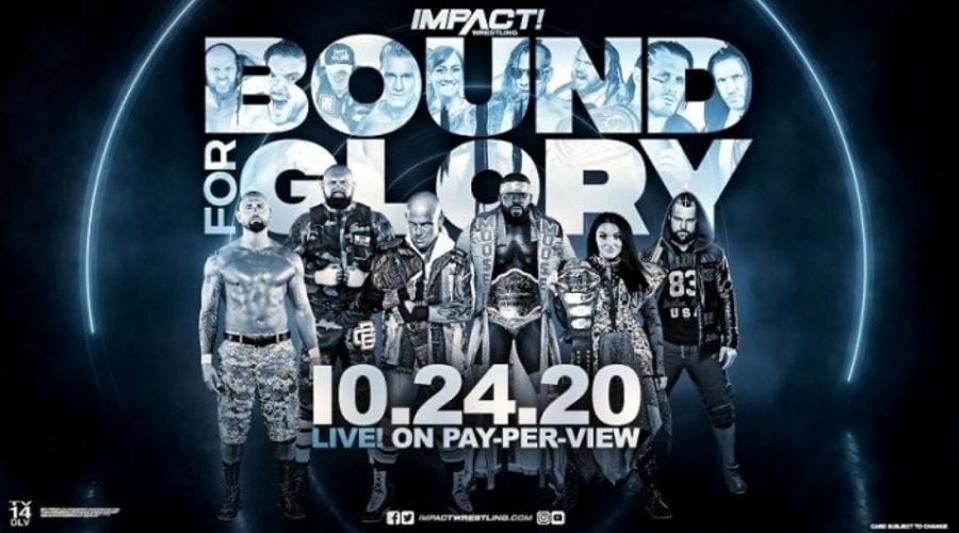 IMPACT Wrestling Bound for Glory featured IMPACT’s biggest show of the year, with a 6-Way Intergender Scramble for The X-Division Championship; Deonna Purrazzo taking on Kylie Ray (replaced by Su Yung) for the IMPACT Knockouts Championship; Ken Shamrock vs Eddie Edwards; Moose vs. EC 3; a Four-Way for the IMPACT World Tag Team Championship and a Call Your Shot Battle Royal.

Few color commentators provide a big-fight feel to a pay-per-view like Don Callis.

Willie Mack flying around the ring was something to behold and, at times, didn’t seem humanly possible.

In a savage moment, Rohit Raju screamed “equality!” right before delivering a double-stomp to Jordynne Grace.

I was so excited at the prospect of Jordynne Grace as an X-Division champion, and Rohit Raju winning this match in the way that he did makes him an even bigger heel in my book.

Shawn Daivari returned and he was more shredded than a WWE Raw script 10 minutes before the show.

Rhyno putting his career on the line for Heath Slater is as good as friendship gets in professional wrestling.

Tenille Dashwood spent her entire entrance—and then some—posing for the camera and since it kept her fresh she immediately became my favorite to win tat that point.

In something of a surprise, Brian Myers’ Bound for Glory didn’t seem to be a tribute to anybody in particular.

Curt Hawkins would have been duped by Swoggle and eliminated. Bryan Myers simply dumped him over the top ropes after he no longer needed him. IMPACT’s Brian Myers was booked like Brock Lesnar in the 2020 Royal Rumble

Tommy Dreamer cut his hair in tribute to Road Warrior Animal and didn’t even get to spend five minutes in this match.

Taya Valkyrie immediately went right after Larry D and Ace Romero. Talk about a Knockout who’s with the s—ts.

Believe it or not, at one point, Larry D, Ace Romero and Fallah Bah were in this Battle Royal at the same time and the ring held up.

James Storm was in great shape and moved like the James Storm from the TNA IMPACT Zone.

This was a cinematic match scored by indy pop, which was a jarring contrast to the dark, gritty setting.

Like a true pro, Moose wore all white in a match where there was slated to be blood.

EC 3 believes WWE stole his idea for Raw Underground, and the fight pit that hosted this match certainly had those vibes.

This was an excellent cinematic match with an incredible story. Near perfection.

Sami Callihan turned off the lights at one point, which in pro wrestling is typically a sign of a surprise run-in, but when the lights went back on, it was just Callihan with a baseball bat, which continues to haunt Edwards two years later.

I was so pleased to see The North take this one. There was not a wasted motion throughout.

In a truly bizarre development, Su Yung replaced Kylie Rae as Madison Rayne suddenly appeared on commentary. At least Rayne on commentary made sense for this Knockouts Championship match, but where’s Kylie?

The finishing sequences of this match featured Su Yung’s rotten, blood-stained glove and boy did the announce team put this thing over as being foul.

There’s no way the referee didn’t hear Kimber Lee’s chairshot to Su Yung, which happened right next to him as he was stirring.

It was announced after this match that the Knockouts Tag Team Championships will return in January 2021 at Hard to Kill.

This storyline has been centered around the destruction of Rich Swann’s ankle, but that didn’t stop him from dancing his way to the ring.

This feels like one of those matches where, if Rich Swann wins, the IMPACT locker room will hoist him on their shoulders a la Bret Hart at WrestleMania 10.

Rich Swann’s selling was amazing throughout, including doing a 450 flip while taking a back body drop. The Phoenix Splash he used to win this match was actually quite tame compared to the offense he rolled out.

The History of Glory of Heracles