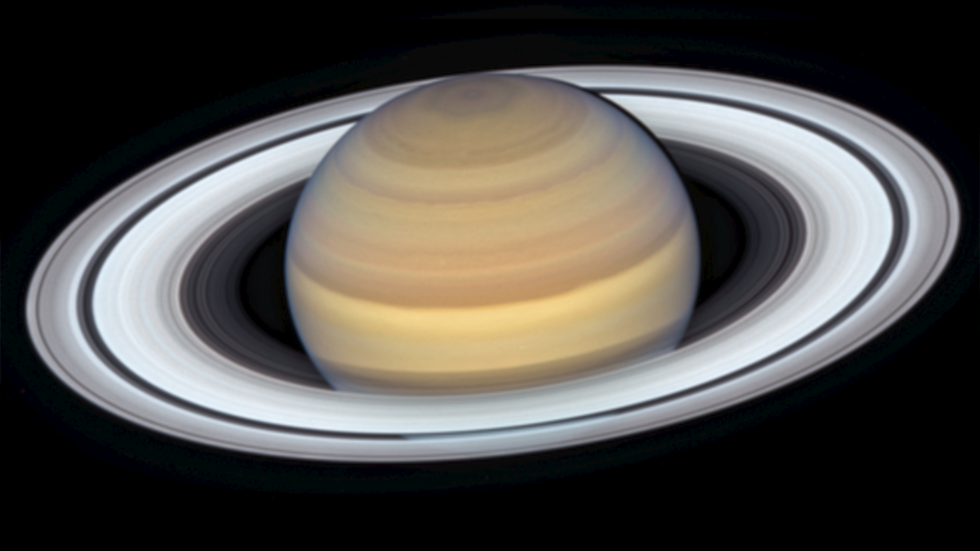 NASA has shared its annual photo of gas giant Saturn as the Hubble Telescope glides on by at its closest distance to Earth. This year’s edition is particularly impressive as the planet’s rings are fully lit up thanks to its tilt.

The large storm visible at Saturn’s north pole in 2018’s close-up has vanished without a trace. However, Saturn’s mysterious oddity, the “Hexagon,” still remains despite all the turbulence and turmoil. The perplexing polygon was first discovered by NASA’s Voyager 1 spacecraft in 1981 and is caused by a high-speed jet stream.

Also on rt.com
New interstellar object heading our way, but this time we’re ready for it

Smaller storms are dotted across the planet’s surface, while its bands have also subtly changed their hue.

As ever, the ‘stars’ of the show are Saturn’s majestic rings, illuminated in all their glory as the planet is tilted towards Earth, and thus the sun, shining a light on the infatuating icy structure.