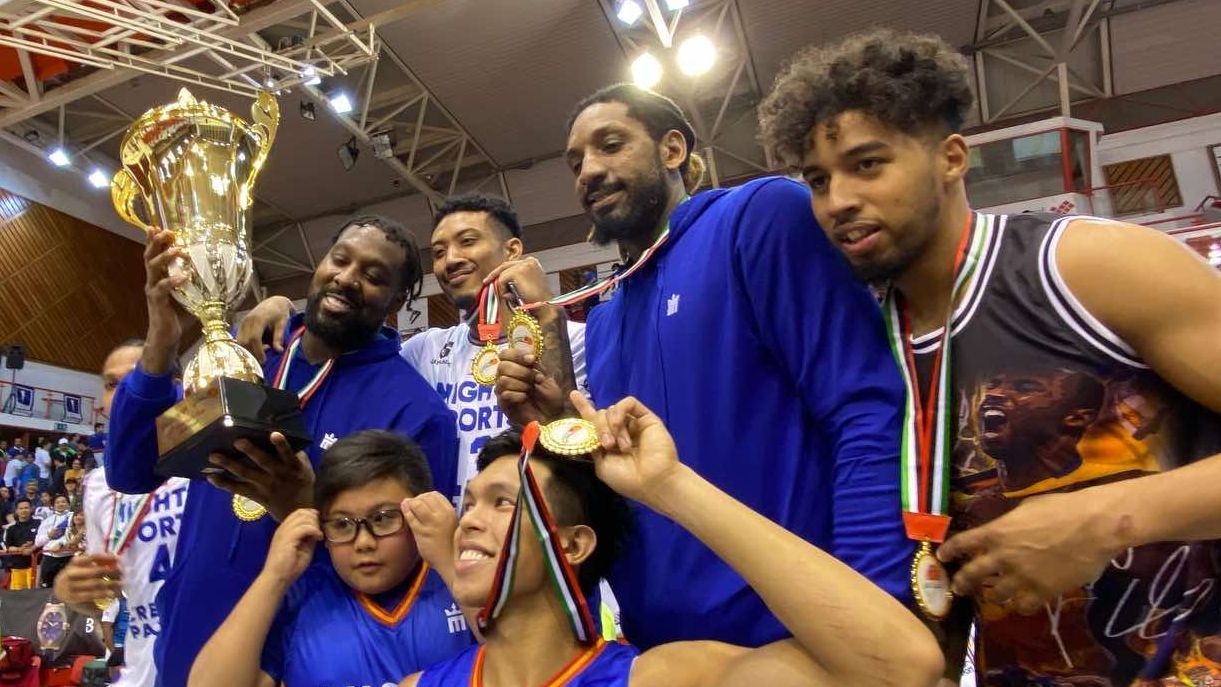 Mighty Sports Philippines head coach Charles Tiu knew from the very start that he needed a couple of high-caliber talent to be his cornerstones in building a team that could win the Dubai International Basketball Championship. As a club team that is only formed whenever there is a pocket tournament such as this one or the Jones Cup, his options in filling out his team were limited at best.

Even though he could have asked permission from PBA teams to allow some of their players, Tiu knew that the reality was he would be forming a team with either collegiate players or ones who are at the cusp of turning professional.

Since his local crew was limited in experience, Tiu made up for it by hiring the services of naturalized Filipino Andray Blatche and Renaldo Balkman, another NBA veteran who is no stranger to Philippine basketball.

The advantage of getting Blatche was that his naturalized status qualified him as a local in the tourney. This meant that, aside from Balkman, Tiu could get two more imports. He paved the way for the return of McKenzie Moore, someone who could also handle the ball and defend the opposing team’s best scorers. His last addition was a knock down shooter in Jelan Kendrick.

Still, Tiu knew that Mighty Sports Philippines would only go as far as where Blatche and Balkman would take them.

Andray Blatche and Renaldo Balkman both had superb performances in the championship game to help Mighty Sports win the title. Carlo Pamintuan/ESPN5

“We were going to ride those two players. All tournament long, I wanted to get other guys involved, get everybody happy and feel like they were really part of the team,” Tiu said. “But when it mattered, you have keep it simple: give it to your best players and get out of their way.”

The two were unstoppable in the Finals against Lebanese powerhouse Al Riyadi. With their coaching staff refusing to adjust and double-team the two bigs, they simply ran roughshod against the single coverage. They either scored, assisted, or forced a late rotation that would open up one of their teammates for an easy shot. Balkman finished with 25 points and 9 rebounds as he was named the MVP

of the tournament, while Blatche had another double-double of 21 points and 10 rebounds while also adding 4 assists.

After the game, the two made sure to show their appreciation for the Filipino fans in Dubai who did not just support them but accepted them as their own. Balkman basked under the cheers as he waved to the crowd. Blatche took off his shoes before the awarding ceremony started, signed them, and gave them to two individuals.

“The last time I played for the Philippines, it did not turn out so well,” Blatche said after the game, referring to the winless campaign of Gilas Pilipinas Men in the 2019 FIBA World Cup. “I wanted to come back and win a championship for the Philippines.”

Blatche also relished the opportunity to play alongside Balkman as he had a tag-team partner who he could completely trust.

“Inside-out, outside-in. It went both ways for the two of us and we worked really well together, good chemistry.”

Balkman was also elated with the opportunity to keep playing for fans that have really supported him. While he may not have been a part of the Philippine national team like Blatche, he played a couple of conferences in the PBA with the San Miguel Beermen and two seasons with San Miguel Alab Pilipinas in the ASEAN Basketball League where he also won a championship for the country.

“I’m so happy right now at my age to still do what I do. This is one for the books for me. We played really hard and we fought well,” Balkman said. “Every time, I go on the court, I’m a fighter. I’ll do anything it takes for my team to win.”

“It was fun. That one-two punch, nobody could stop us,” Balkman said. “Who knows what happens next for the both of us? We could be on another team together or we can play against each other but whatever happens next he’ll always be my brother and we’ll always have this championship together.”

‘Glory On’ — an Angel’s Story. A Christmas Story