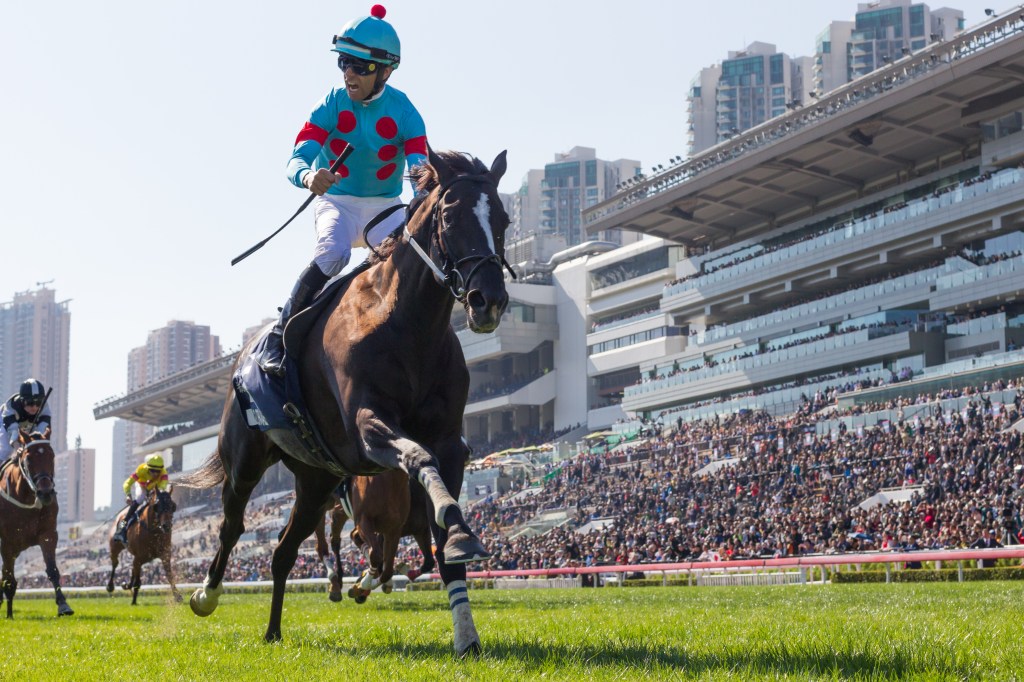 IT’S THAT time of the year again when racing enthusiasts will have to set their alarms early on Sunday morning to watch Hong Kong’s flagship race-meeting of the year, the LONGINES International Races at Sha Tin.

Despite the ongoing pandemic and travel restrictions, there are still several raiders from England, Ireland, France and Japan taking on Hong Kong’s best, and no wonder with £10 million in prize money up for grabs in the four international contests.

The Japanese have produced some of the best equine talent on the global stage in recent years, with Lord Kanaloa, Maurice, Almond Eye and Gran Alegria to name a few, and on Sunday they send over an elite squad, some say their strongest ever, to take on Hong Kong and Europe.

Having taken home three of the four Group One prizes last season, it won’t be big odds about them replicating that feat and it’s not out of the question they land all four.

It’s not an exaggeration to say that Hong Kong will come to a standstill for a few minutes when local champion Golden Sixty goes behind the stalls in an effort to repeat last season’s triumph in the Group One Hong Kong Mile (7.50am).

The reigning Horse of the Year, winner of 18 of his 19 races, and seeking to extend his winning sequence to sixteen, faces his stiffest task to date with three high-class Japanese contenders and Aidan O’Brien’s Mother Earth in opposition.

It will be inconceivable to the locals their champion may be beaten and short odds will reflect their confidence, but it may pay to take a chance each-way with DANON KINGLY to cause an upset.

The five-year-old, victorious in six of his 13 races, including the prize scalp of Japanese superstar Gran Alegria in the Group One Yasuda Kinen over a mile in June, warmed up for this event with a last stride defeat in a Group Two event over nine furlongs in October.

That form reads wells and with compatriots Indy Champ, Salios and Vin De Garde also appealing on past form, it’s going to be tense time for Golden Sixty’s supporters.

It would be a great rag to riches story if the William Muir and Chris Grassick-trained Pyledriver could finally deliver on the world’s stage in the Group One Hong Kong Vase (6.00am) over a mile-and-a-half.

The unpredictable but highly-talented four-year-old has suffered issues throughout his career, but still proved good enough to win the Group One Coronation Cup at Epsom in June.

He does face stiff opposition however, from Japanese challenger GLORY VASE, seeking to repeat his 2019 success in this race, and who subsequently chased home Loves Only You in the QEII Cup over 10 furlongs at Sha Tin in April.

That form is the best on view, especially with local champion Joao Moreira aboard, and O’Brien’s Mogul, the winner of last year’s contest, not firing this season.

About | Stories of Glory photography

‘Tanging Yaman’ is 20: Why Gloria Romero almost turned it down, and other untold stories