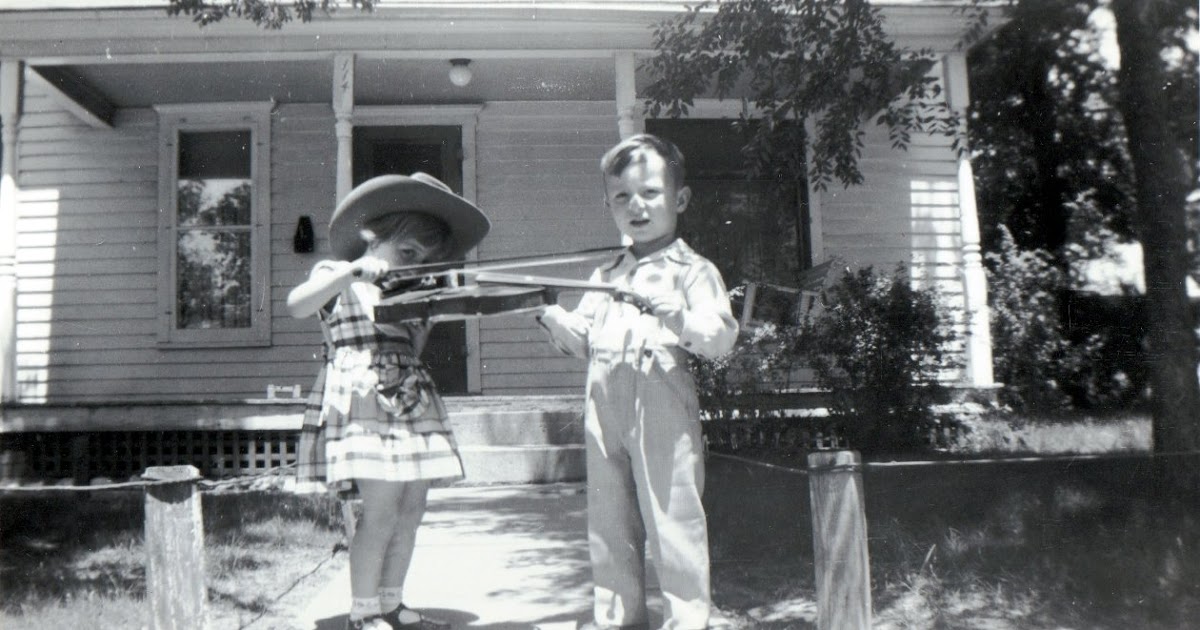 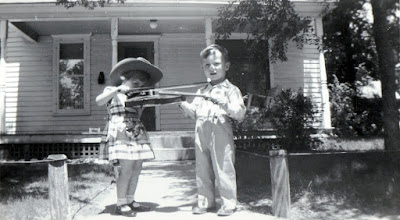 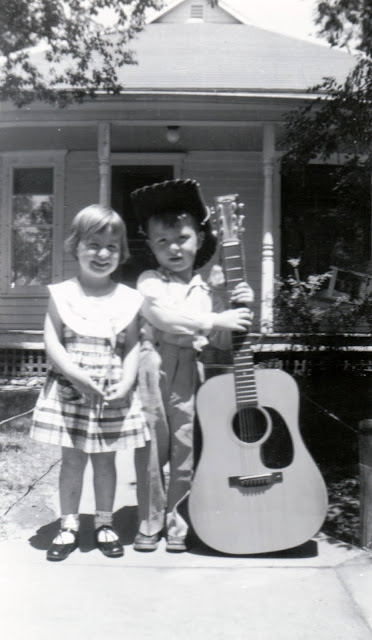 As you can see from these photos taken when Dennis and I were 4 years old, we were exposed to musical instruments in our home. Our dad, Ernest Margheim, played the guitar and “fiddle”, composed and sang songs in high school and entertained in a program on KVGB Radio in Great Bend, KS as early as 1938.

My Aunt LaVerna was especially gifted in music and was afforded the opportunity to study piano with Professor Oscar Lofgren at Bethany College in Lindsborg, Kansas while a student at Hoisington High School. 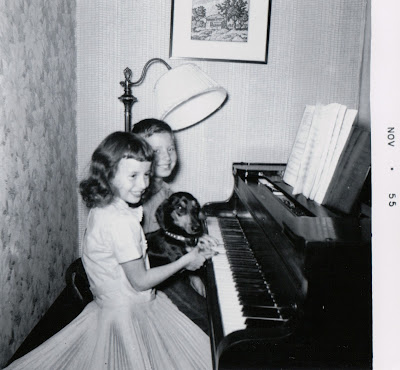 When Dennis and I were 3 and 4 years old, we lived with our Margheim grandparents prior to our dad’s remarriage to Phyllis Jones in 1951. Aunt LaVerna graduated from high school in 1947, the year of our birth, and remained at home until her marriage in 1953. She worked in a music store and also played the pipe organ at the local Lutheran Church. She occasionally took us with her to the rehearsals of the church choir, which had a big impact on our love for singing church music!

She started giving us lessons on the piano when we were 4 years old. After her Dec 1953 marriage, she moved with her husband Al Irelan to Great Bend, KS, living at the corner of 21st and Adams, only 2 blocks from our “new” home at 22nd & Jefferson. So she continued to teach us until she and Uncle Al moved to Colorado about 1954.

Upon Aunt Laverna’s move, we became piano students of Maude (Mrs. George) Maddy in Great Bend. She was a teacher who would not allow her students to play anything but classical music, so we were trained on Mozart, Debussy, Beethoven, Bach, etc. From 1954 until we graduated from high school in 1965, we sat down on the piano benches of Mrs Maddy every Thursday 4-5 pm and 5-6 pm. I look back now and realize that was only for a period of 11 years, but it seemed like 30 years at the time. We were required to practice one hour each day. Since I played flute and Dennis played French Horn in the Symphonic Band in high school and it met at 7:30 am, we took turns arising at 5:30 am to practice the piano.
At the age of 8, while in 3rd grade, Mrs Maddy arranged for Dennis and me to perform in a recital featuring just the two of us. We played 10 songs solo, and two two-piano duets. 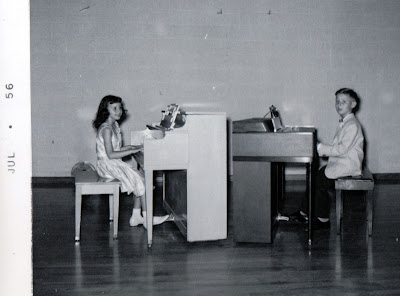 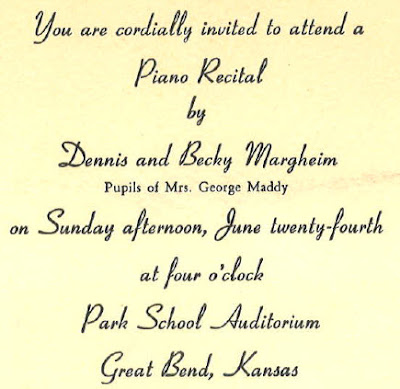 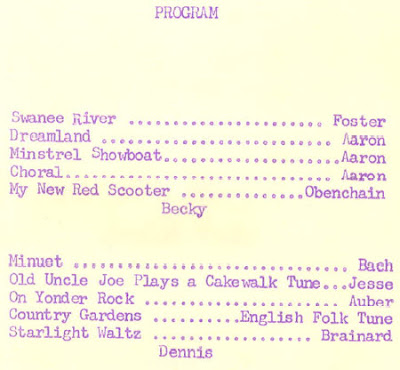 It’s to the credit of our step-mother Phyllis that we were exposed to a variety of music. I studied the flute from grade 6-12 and Dennis played French Horn, both in the marching band and symphonic band at Great Bend High School. I also played in the City Band during the summers (because it paid $2 per week!).

Dennis studied the pipe organ under the direction of our Deaconess, Mertice Spaude, at Trinity Lutheran Church at the age of 11, while in 7th grade. His proficiency allowed him to be employed as the organist through Junior High and High School. That was the beginning of a wonderful career for Dennis, as he currently serves as the organist at Western Hills Methodist Church in El Paso, TX today. 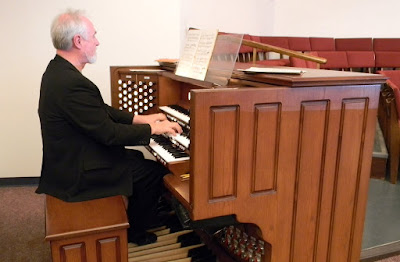 Our musical involvement wasn’t limited to the keyboard or instruments. We learned to Tap Dance under the direction of Carol Kutina in Great Bend while in grade school, performing for many local organizations and events. 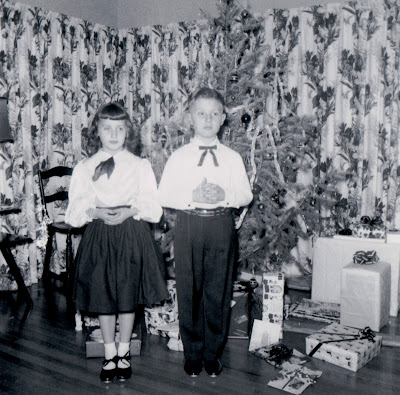 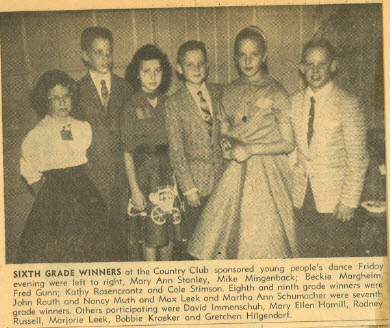 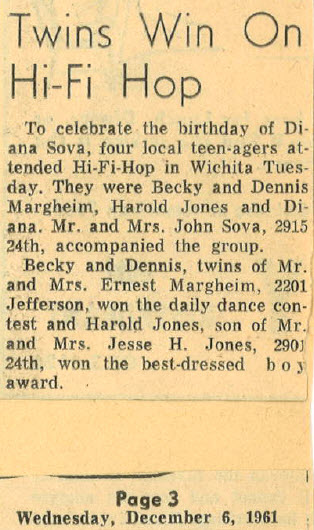 I did my best while learning the piano and flute in school, and enjoyed the dancing, but I discontinued my studies upon high school graduation. It’s amazing that those years of being involved in music only covered a span of 14 years. It seemed like twice that! I’m grateful to have had the experience and happy that I can read and appreciate music, but I’m much more comfortable today at my computer keyboard than my piano keyboard.

For Greater Glory: The True Story of Cristiada