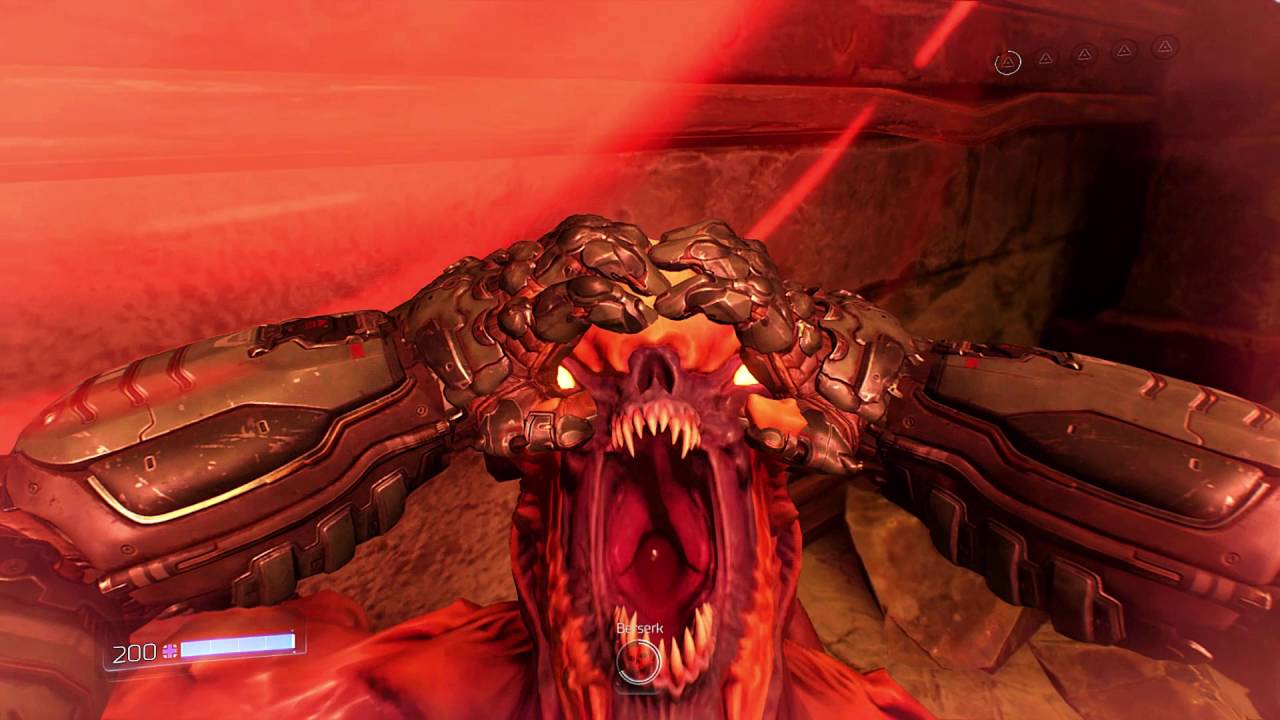 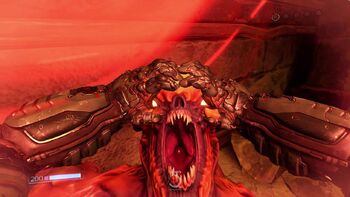 An unfortunate Imp on the receiving end of a Glory Kill.

A Glory Kill is a special action in Doom. These consist of the player performing a special melee action that instantly kills the enemy.

Dealing enough damage to an enemy may cause them to ‘stagger’ which is indicated by a blue highlight. When the player comes into close range, indicated in an orange highlight, the Doom Slayer can perform a special melee action which kills the enemy instantly in a spectacularly brutal fashion. While performing this kill, the player is invulnerable. It can be disadvantageous if used while under attack by a horde of enemies, however, making choosing whether or not to Glory Kill a tactical choice. In addition, enemies killed through Glory Kills always drop health pickups, making it a great way to recover health during pitched battles with hordes of demons.

Boss battles (the Cyberdemon, the Hell Guards and the Spider Mastermind) can only be finished with Glory Kills; failure to do so will result in the boss recovering a bit of its health and continuing the fight.

The Berserk powerup takes away your weapons when active, but greatly reduces your taken damage and allows you to instantly Glory Kill any non-boss enemy within melee range. When Berserk is active, you retain the full benefits of all Runes (see below) that affect Glory Kills.

The Chainsaw allows you to perform a special Glory Kill that allows you to recover your Ammo if you are running low. This kill is the only way (aside from Berserk) to Glory Kill a demon without staggering it first, and requires fuel for each kill, with larger monsters requiring more fuel to kill.

In multiplayer, Glory Kill opportunities occur in random occurrences while dealing damage, usually when an enemy is at low health. Unlike Glory Kills in single player, the player is not granted brief invulnerability, and enemies who can have a Glory Kill performed on them don’t stagger. If a player is performing a Glory Kill and is killed before executing the killing blow, the intended victim will survive. This applies to Glory Kills against demons, other players, and Baron, Cacodemon, Prowler, and Spectre Glory Kills.

A player performing a Glory Kill in multiplayer gets a “Glorious” award and 25 points.