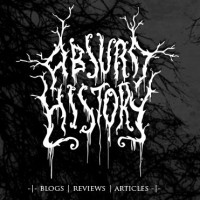 Trekking Away To Glory

Mountain climbing is not something I do everyday. But who does it everyday anyways. So this Sunday having nothing to do three of us planned to go for trekking – myself, sindhi Hitesh Thadani and aamcha Mandar Patil. This was the second time I was going for one. A large portion of this area named Pallavaram where I stay has rocky regions and one such place which could be seen far behind my society was to be climbed. It did seem a task and me staying awake the previous night made matters worse. The other two woke up six in the morning and after throwing tantrums finally made up their mind.

Left home at seven and began walking with some viking metal pleasing my ears. After much pain of trying to ask the localites the way to reach the foot of the mountain we did reach a point which seemed like a good place to start. Armed with bananas and few gallons of water, began the fight. Every twenty steps we came across some or the other scenery. It was obvious the place would have a different charm at that time of the day. Each of us tried putting our skills of photography to test.

time for some Deicide.. saw this on my way up roflmfao!

Considering my last trekking experience a few years back, nothing dangerous here. Took us little over an hour to reach the highest point. I was bruised at many parts due to some wild

cactus plants on the way. And then we witnessed heaven. The place had a charm that I did not find anywhere else in Tamilnadu. There was a small old mosque kind of structure with its dome covered in fog. Looked eerie and nice at the same time. From the top we could see the Chennai airport and watching ‘crafts land and take-off from where I stood was another experience.

Only after an hour or so did we realize the impact of the heat that would follow once the sun is completely up, and hence the early descent could not be avoided. Reached down in another forty minutes and by that time I was dead. Or almost dead. It was a while since I was so tired at once, so the genuine trickling of volumes of sweat down my brow left me somewhat satisfied.

This proved that planning anything fun does not make sense. It should be spot-on.  And as far as this adventure was concerned, it proved to be a fruitful one as I stumbled upon a place that was so far and yet so close. Same applies to life. There are things which we consider are far away from us but they indeed are closer than we think. I guess time and patience are the solutions to many things around.

Women Weave Their Stories Into “Gloria: A Life”