Gloria Winters, who personified youthful, clean-cut American innocence in the 1950s children’s television series “Sky King,” died on Aug. 14 at her home in Vista, Calif., just north of San Diego. She was in her late 70s.

The cause was complications of pneumonia, her family told The Los Angeles Times.

“Sky King” was a contemporary western about an Arizona rancher and pilot, the title character, who ran into the likes of jewel smugglers, bank robbers and gangsters. Ms. Winters played Sky’s blond, baby-faced, perky but earnest and unfailingly helpful teenage niece, Penny, who often became involved in the adventures. 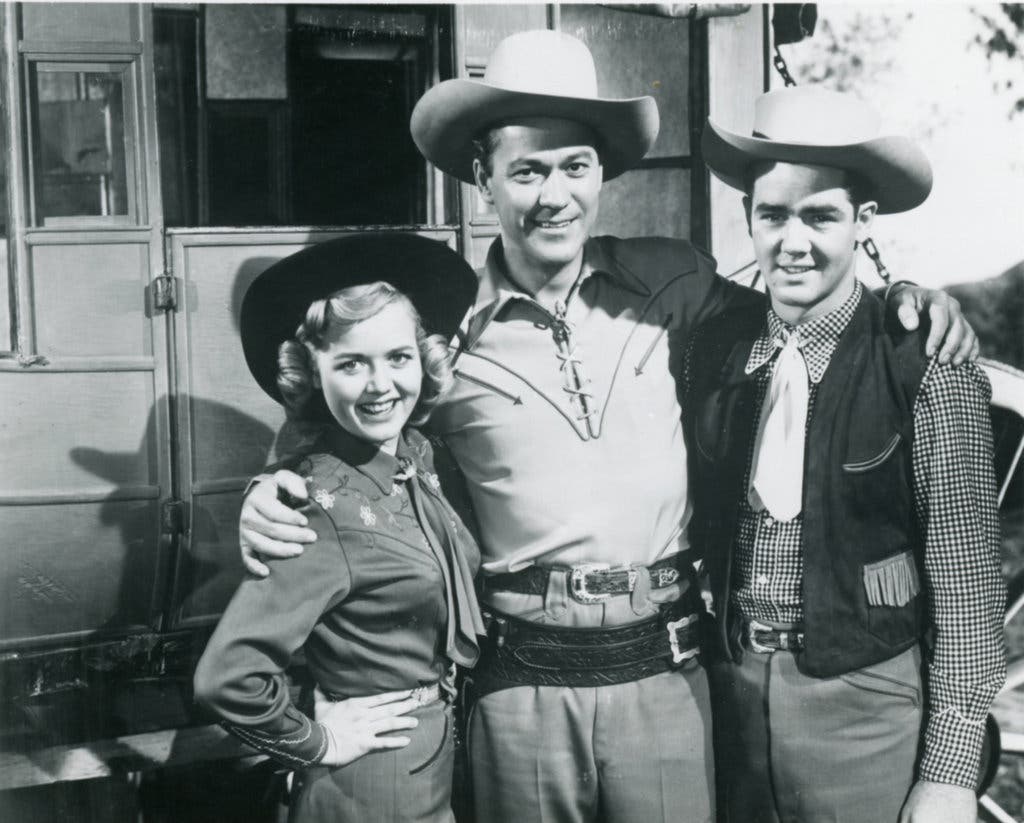 Gloria Winters with Kirby Grant, center, and Ron Hagerthy, two of her co-stars in the children’s television series “Sky King.”Credit…ABC, via Photofest

Although she retired from show business after “Sky King” went off the air, during its run Ms. Winters also did guest acting roles in numerous 1950s series, including “Richard Diamond, Private Detective,” “Racket Squad” and “Death Valley Days.” She had made her credited television debut as Babs, the dreamy-eyed teenage daughter, in the first season (1949-50) of the working-class sitcom “The Life of Riley,” when Jackie Gleason played Riley. William Bendix played the role in later seasons.

Ms. Winters was born in Los Angeles on Nov. 28  sources disagree on whether the year was 1931 or 1932  and began acting as a child. She found love through her most famous role, marrying Dean Vernon, a sound engineer on “Sky King.” He died in 2001.

Some five years after the series ended, Ms. Winters wrote an etiquette book for young girls, “Penny’s Guide to Teenage Charm and Personality.” That book led to a more recent claim to fame.

In the mid-1990s the alternative rock group Nada Surf used text from the book for its song and video “Popular.” Along with advice on breaking up with a boy (if you are straightforward, he’ll “respect you for your frankness”), Ms. Winters declared, “Being attractive is the most important thing there is.”

Classic Music Hits from the ’50s through Today